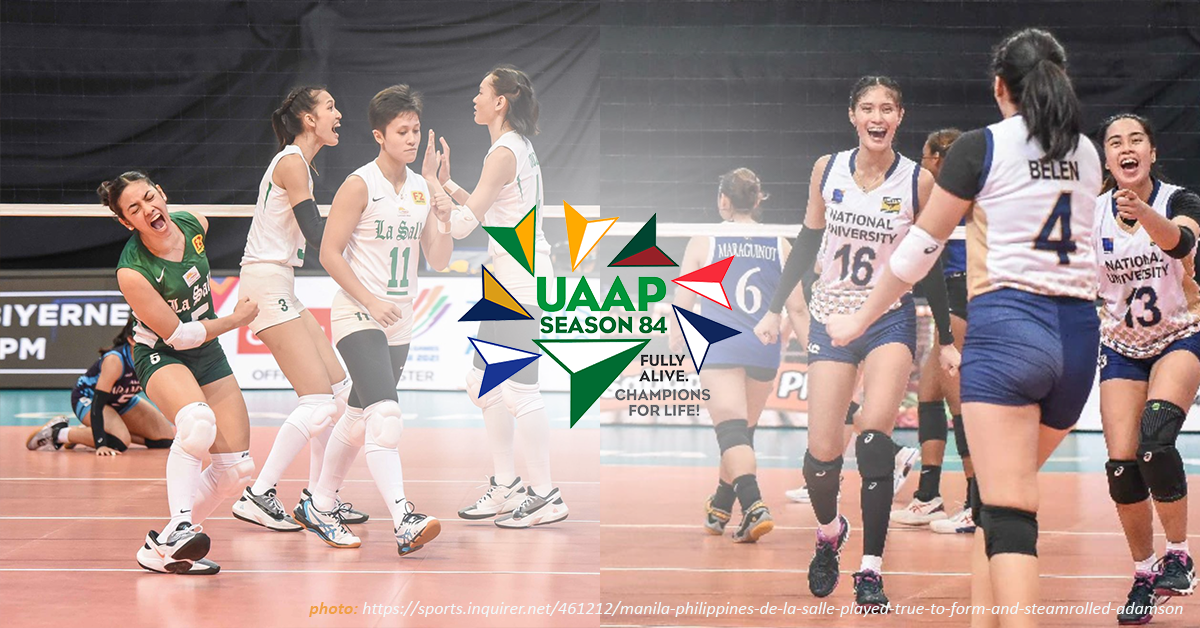 Volleyball enthusiasts geared up as one of their most awaited leagues opened its doors again after suspending two seasons. University Athletic Association of the Philippines’ (UAAP) Women’s Volleyball was founded in 1938, and is one of the most famous tournaments in the country. It is the home of many volleyball stars that paved the way for the sport to be well known. Each season, numerous supporters tend to watch and support every single game that showcases camaraderie and sportsmanship among eight participating teams.

Back on March 10, 2020, the University Athletic Association of the Philippines (UAAP) announced the suspension of Season 82 due to the restrictions of the enhanced community quarantine in Luzon, to fight against the growing detrimental effect of COVID-19. The suspension included the Women’s Volleyball League, which left the fans, coaches, and players downhearted for the rest of the season. Later on, the growing number of COVID cases pushed the UAAP’s Board of Trustees to extend the termination until season 83 in 2021. Although some senior volleyball stars bid their farewell to the tournament in the most unexpected way, everyone truly understood that the decision was for the safety of the volleyball community.

This year, the UAAP Season 84 Women’s Volleyball League made its comeback on its annual event as the sport was finally reestablished. Alongside the lifting of the suspension, different collegiate teams will battle against each other to bring home the championship title. All of the eight university members of the UAAP delegated their teams. The participating teams are Golden Tigresses of the University of Santo Tomas (UST), Fighting Maroons of the University of the Philippines (UP), Lady Warriors of University of the East (UE), Lady Bulldogs of National University (NU), Lady Tamaraws of Far Eastern University (FEU), Lady Spikers of De La Salle University (DLSU), Blue Eagles of Ateneo de Manila University (ADMU) and Lady Falcons of Adamson University (AdU). Last April 28, UAAP Season 84 President, Mr. Emmanuel M. Calanog, released the schedule for the 1st round. The announcement led the volleyball community to be ecstatic about what lies ahead for this year’s season. On May 5, the league started with four matches resulting in UST, NU, DLSU and UP gaining their first win in the round. Every Tuesday, Thursday and Saturday, teams face each other intending to win the best of five sets game and build up their number of wins. Each battle was filled with thrill as each player tried their best to outshine their opponents and go home with another victorious match.

As of May 19, two weeks later and at the end of the first round, the squad of the NU Lady Bulldogs, with their team captain Princess “Cess” Robles and Head Coach Karl Dimaculangan, was able to sweep seven wins with 0 losses. The team rankings were followed by DLSU and UST, tied in the second spot with five wins and two losses. The third rank was secured by the AdU with a 4-3 record, while ADMU and UP are in fourth place with the same record of 3-4. Meanwhile, FEU and UE ranked last in the tournament with 1-6 and 0-7 records, respectively. Individual players who excelled in the first round’s statistics are also identified. According to the UAAP Varsity Channel, Camilla Lamina (NU) tops as the best setter,  Justine Jazareno (DLSU) for best digger, Jen Nierva (NU) ranks first as the best receiver, best server headlined by Alyssa Solomon (NU), Lorene Toring (AdU) for best blocker, best spiker secured by Princess Robles (NU) and Eya Laure first in the spot for the best scorer. However, these awards remain uncertain, for season 84 is not yet over.

While the results of the first round led the outstanding teams to finish it with a triumphant feeling and others with eagerness to bounce back in the next round, these ranks cannot put an end on who will advance to the semi-finals as the flow of the tournament’s second round remains unpredictable. Volleyball fans will continue to cheer their favorite stars as the games resume on May 26 following a week-long rest. After missing two seasons, it is evident that everyone is aggressive in finding their way to the top. It is expected that the upcoming games will be a battle between who has the toughest emotions, mentality, teamwork, communication and trust in each other. Enthusiasm and hope continue to grow within each team as they fight their position toward the championship title that they desire.