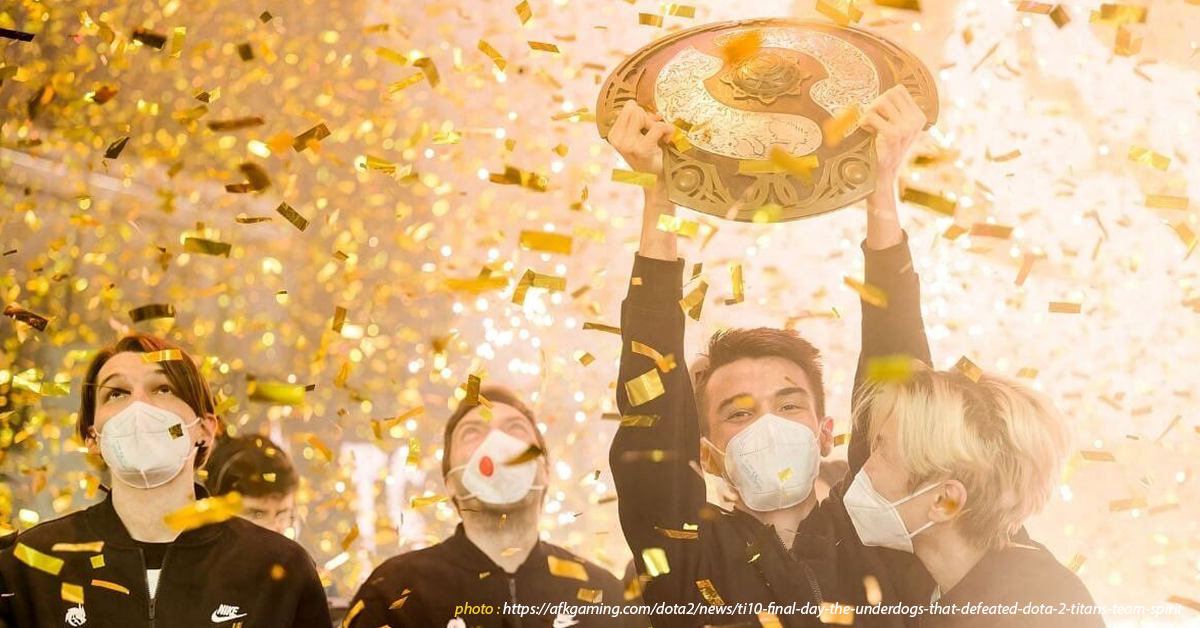 Defense of the Ancients, most notably called “Dota” began in 2003 as a fan-developed multiplayer online battle arena (MOBA) mod in the video game Warcraft III: Reign of Chaos since its rise in popularity. The developers in Valve Corporation published its official sequel “Dota 2” which became widely successful throughout the world, sparking a long-lasting fan base and numerous tournaments like the world-class annual championship event “The International” as the most prestigious.

The International is organized by Valve itself but is crowdfunded by its battle pass system in-game, to which they got their insane prize pools amounting to millions of dollars. For a team to get into “The International”, they must battle their way into the regional leagues, which are minor championship tournaments held in every region from North America, South America, Southeast Asia, China, Eastern Europe, and Western Europe regions.  Twelve teams will be picked off from the final results of these tournaments, then an additional 6 teams based on the Dota Pro Circuit where the teams with the highest points are invited for their placements, and in participating Valve-sponsored tournaments.

The International holds its events in different countries every year while being streamed on big streaming platforms, most notably in YouTube and Twitch. Its first tournament was held in Cologne, Germany, at Gamescom in 2011 where its main purpose was to attract The Dota 2 Tournament to a worldwide audience. Then another from 2019 in Shanghai, China, and the most recent one 2020/2021 (Internationals 2020 was canceled due to pandemic) in Bucharest, Romania.

Aside from receiving the prestige and holding the title “The Best Team” in Dota 2, what really attracts in this tournament on the global stage is its massive prize pool. The first tournament held a prize pool of $1.6 million, and each year the prize pool surpasses the last. Just this recent “The Internationals 2021”, the prize pool was at $40,018,195 USD, which was won by Team Spirit from Russia which was the biggest prize pool ever, basically doubling the prize pool from the 2016 Internationals which was at $20,770,460. Winners also received the “Aegis of Champions” trophy, a shield made of silver and bronze with the name of each member of the team engraved on the handles, and also a decorated championship ring with their team logo.

The international Dota competition is one of many competitions in E-sports that continues to evolve every year becoming more and more popular. With its continuously rising prize pool and with E-sports slowly becoming accepted as an official sport globally, it will surely attract more people, hungry for success, fame, and money, bringing more fun, excitement for viewers and might actually play a role in normalizing gamers. An exciting future for gaming indeed.