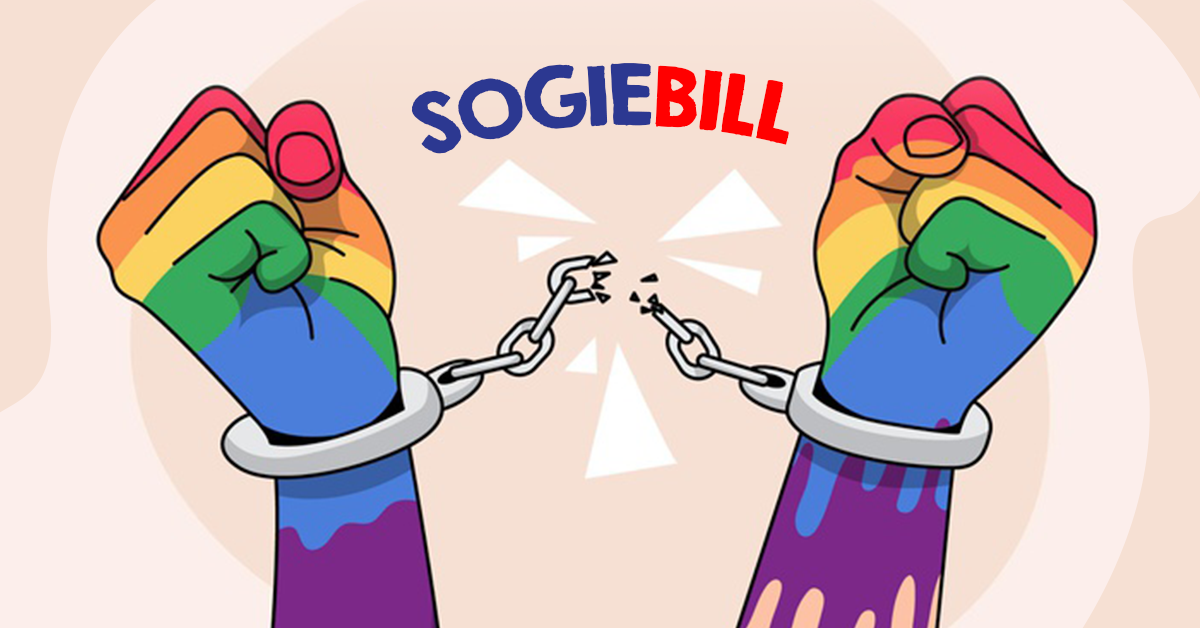 If you have been around the bend on social media and the news, chances are, you have heard the term “SOGIE”. Unfortunately, it’s also likely that most people who have heard of it had developed their own misconceptions of the term from hearsay or even have no clue about what it entails entirely.

What is SOGIE and what does it mean for us Filipinos?

The Sexual Orientation and Gender Identity Expression (SOGIE) Equality Bill is something that aims to give equal rights to everyone, including the LGBTQIA+ community. To break it down better, Sexual Orientation refers to who you aim your romantic feelings to, may it be someone from the opposite or the same gender and etc. On the other hand, Gender Identity talks about how you identify as a person, whether you identify as a cisgender woman or a transgender male. Lastly, Gender Expression is how you express yourself based on your chosen identity. This bill fights for Filipinos who experience harassment, bullying, abuse, and gender-based violence all due to their SOGIE. Others argue that there is no such discrimination and that they have never felt it affect them in their day to day life. However, just because others don’t experience it, doesn’t mean that such a thing doesn’t exist.

All around the country, cases in which a transgender woman is harassed over entering a female bathroom or a female student who refused to wear a skirt is publicly humiliated has happened and will continue to happen if we do nothing about it. To others, this might seem trivial or even justified but we forget that the people being oppressed are still human and are affected by these experiences – mentally and physically.

The SOGIE Bill advocates equality on all fronts including, education, work environment, and opportunities but it does not aim to push its ideals on strict religious practices. Many have judged the implementation of the bill without knowing what it truly stands for. A common misunderstanding regarding the bill is that it aims to give the LGBTQIA+ community an upper hand against people who identify as heterosexual but that is simply not true. Gender Identity also includes identifying as being straight so in essence, this means that heterosexual people are also protected by the bill. In the words of Atty. Mendoza, a lawyer working for Sen. Hontiveros, “–the (SOGIE) bill applies to all. Even cis heteros have sexual orientation and gender identity or expression. The SOGIE Equality Bill does not provide LGBTQIA with special rights.” And truly, what the bill strives to achieve is to protect Filipino rights and assure that we would be able to execute these against unlawful discrimination.

People want to be heard and to be seen regardless of their sexual preference or gender identity. A lot of people would be able to benefit if the bill is allowed to pass and it would be a big step for the Philippine society to progress as a whole in the largely liberal world we live in today. All we have to do is to keep an open mind and be sure to be knowledgeable about a topic before we form our own opinions about it.