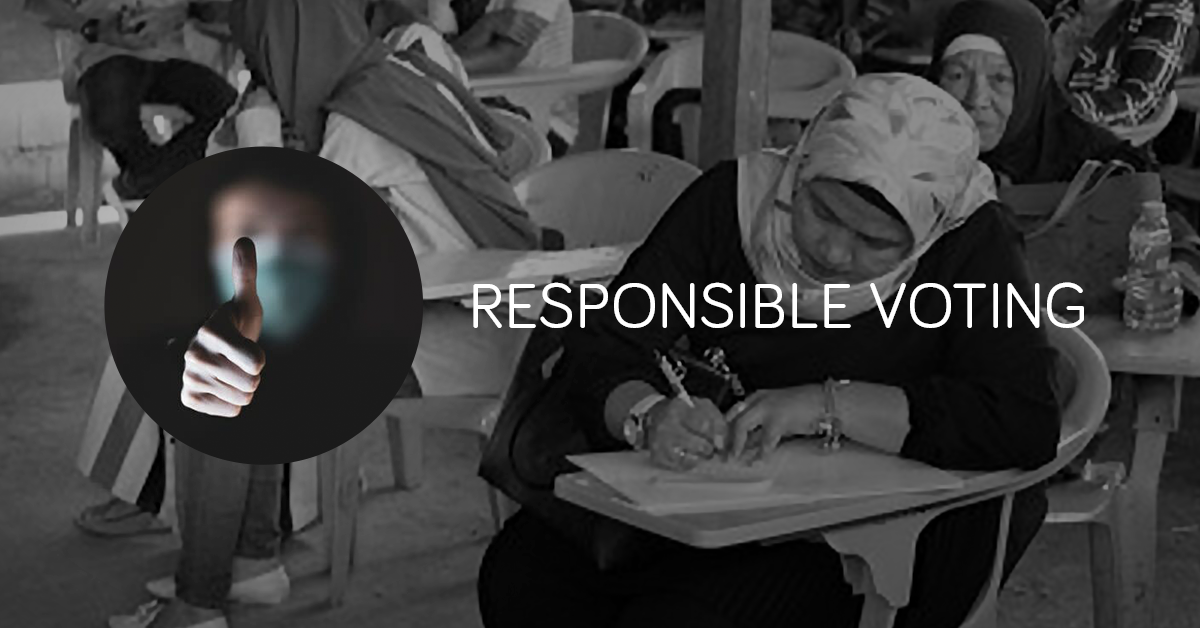 Due to the COVID-19 pandemic and lockdown, for a long time, the Philippines has to heavily rely on governments and authority for support such as relief goods, etc. They also control how the lockdowns and protocols are implemented as well as handled. Our vote will decide who will lead, govern, and ultimately guides the country especially now during this pandemic. As recently as a few weeks ago, amid a spike in COVID-19 cases, the government placed the nation’s capital and surrounding provinces under the strictest lockdown for a week. Multiple Filipino netizens were angered by these consequent lockdowns and decisions.

Because of the pandemic, nearly 100 election events (including municipal and national elections, etc.) have been delayed globally. Some of these delays triggered fights between the ruling and opposition parties and raised legal questions. It is not only the Philippines with political and election issues. In March, France decided whether or not to continue with municipal elections for 35,000 mayors. There were many opposed to President Emmanuel Macron’s proposal for the delay so they ended up holding the first round of elections as scheduled. However, delaying the second round of elections would require a new law to extend the term of current mayors and the opposition parties were concerned that they were utilizing delays in order to prolong positions of powers.

The lack of public events may lessen voter participation. The United States has authorized mail balloting as physical voting may be complicated. It is possible that these large changes that are not completely transparent to the voters will cause problems with credibility. On the other hand, South Korea was actually effective in ensuring public safety with the full participation of millions of voters by accommodating them with proper health screenings, social distancing, and sanitizing equipment and physical spaces.

It was during an open mic episode of Radio Comelec held by Comelec Spokesperson James Jimenez, where participants (especially the youth) were to be engaged in discussions about the 2022 elections. Participants in the meeting had shared concerns and sentiments on the government’s response to pressing issues. They also discussed the effect it may have on upcoming elections especially since the outcome of the 2022 elections may dictate how the Philippines will survive or recover from the pandemic.

One of the junior high school participants, Prences Jhewen Albis, highlights the importance of voting wisely this upcoming election as elected officials will dictate taxpayers’ money is spent. “I want to make sure that the taxes I’m paying go to rightful places. If I don’t vote, someone else will decide for me” she says. Pia Arroyo-Magalona, the wife of the late Filipino rapper Francis Magalona, says that voting is an equalizer because regardless of social status, everyone has one vote, and every vote counts.

There is even a Catholic-based group campaigning for honest and clean elections. The PPCRV (Parish Pastoral Council for Responsible Voting) urges voters to register for the Philippines’ fate as a nation. Bishop Broderick Pabillo, the Manila apostolic administrator, says that “real reform is not just in the system but also within the people of the country”. They advise that we must seek reform by casting our votes and guarding them.

While the Commission on Elections (Comelec) states that voter registration is an “essential activity,” Jimenez says that voting for either party is ultimately a personal choice but the first step in responsible voting would be in accessing candidates by looking at one’s own priorities, principles, and stance.

Meanwhile, Senator “Bong” Go says anyone qualified has the right to run for the presidency but he also emphasized that he and President Duterte would rather focus on serving the Filipino people to overcome the pandemic. According to the executive department, it is too early to decide on banning face-to-face campaigning because the vaccination program has not started yet. In addition, Senator Go states that he will vote for someone who can continue the legacy of Duterte and recover the country from the pandemic.

Even with engaged voters, many citizens may still be confused about the “new normal” voter registration process. Comelec is aiming to have at least four million voters registered by the end of the registration period and the agency claims that there are already more than two million registered voters as of February 2021.

In order to vote, you must be a Filipino citizen of 18 years or older before May 9, 2022 (Election Day), you must be a resident of the country for at least a year, and you must be a resident of at least 6 months of the place in which you intend to vote. If you have registered in the 2019 elections, you do not need to register again this year since registration is only needed once. Eligible citizens cannot register online but they can acquire, accomplish, and print forms online through Comelec’s iRehistro. To complete the process, they will still be required to go to the Offices of the Election Officer or local Comelec offices to submit those forms, submit fingerprints and signatures, and have their photo taken. According to Comelec, satellite registration can only be conducted in areas with no COVID-19 cases in the last 14 days before the actual conduct of registration.

Registrants are required to bring a valid ID (Passport, NBI clearance, etc.), a photocopy of it, and the Comelec forms if prepared. A negative COVID-19 test result is not required but registrants will have to fill out a “Coronavirus Self Declaration Form.”

September 30 of 2021 is the last day of voter registration for the 2022 elections and the PPCRV advises that voters not wait until the last minute when there’s much at stake and it is time for a change. People may check their local Comelec Office in order to request updating of entries or corrections such as misspelled names, etc. and they may check the Comelec site for further information. As usual, health protocols will be enforced during the registration process.