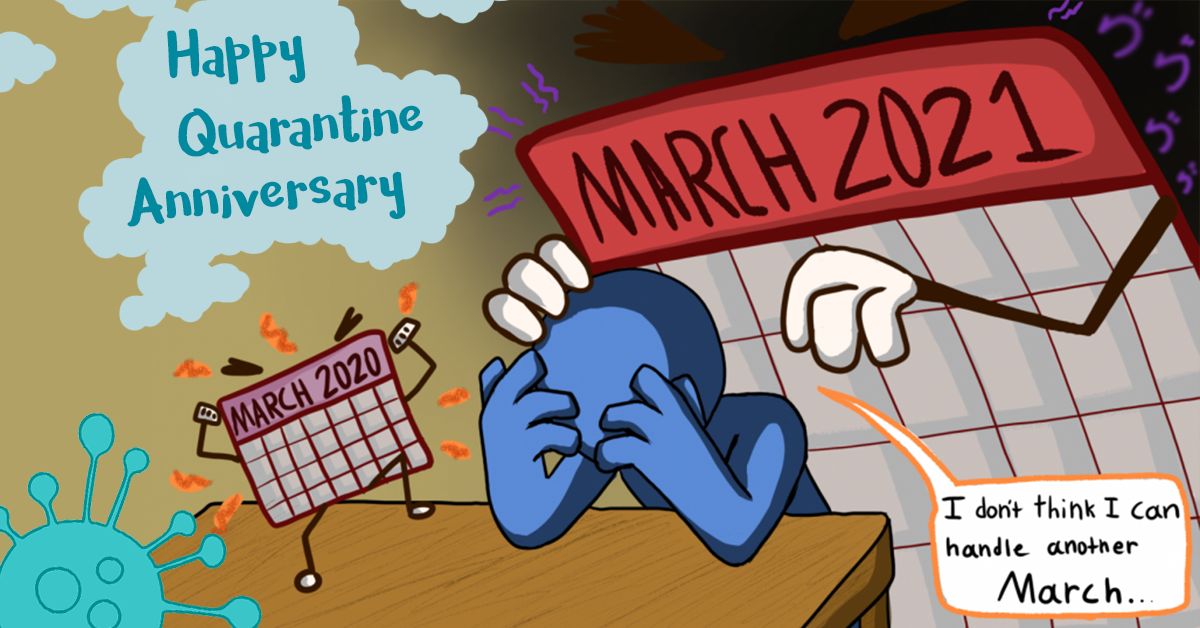 As of March, it is now one year anniversary since the coronavirus has taken over the world and led people everywhere into a lockdown against the coronavirus. Prior to the lockdown, people were already beginning to panic from the cases increasing worldwide and schools were already beginning to prepare for the possible cancellation of classes. On March 7, 2020, the first recorded case of the virus transmission in the Philippines was a 62-year-old Filipino male patient who actually had no recent travel history prior to his infection. Because the virus was finally reaching the country, on March 9, 2020, President Rodrigo Duterte declared the country to be under a state of public health emergency by issuing Proclamation No. 922. This includes the enforcement of mandatory quarantine and travel restrictions.

Then, on March 15, 2020, Davao Region’s first Covid-19 case was a 21-year-old female resident of Pantukan who arrived in Davao City on February 29, 2020. Mayor Sara Duterte-Carpio then placed the city under community quarantine on March 16, 2020, in line with Presidential Proclamation 922. Businesses, schools, and even our own homes were all temporarily closed down until further notice, and this was only the beginning of how everybody’s lives became the “new normal.”

Since then, trends have arisen to keep the people at homes busy such as the making of Dalgona coffee, Tiktok, home fitness, and even the caring of house plants. At this time, it was also the rise of Zoom and online learning management systems for students who weren’t able to finish the school year prior to the quarantine. The only people who could leave the house during the first part of the lockdown were people with FM (Food and Medicine) pass who would provide for the family along with the food aid (Ayuda) provided by the local governments. FM passes were only just recently suspended in Davao City this month of March 2021.

A few months later in the year 2020, malls, offices, churches, and restaurants were able to reopen with safety protocols. Even small parties, weddings, and even television and movie shootings were abled throughout the year. Schools had still hold online for the student’s safety. Because of the pandemic, there is rapid adoption and adaption of digital technology in our day-to-day activities which could lead to better opportunities and advancements. Businesses (before and after reopening), students, and families had to resort to digital methods to better reach one another, and even the government had to utilize technology such as in the implementation of the QR codes for contact tracing.

With how long we’ve been living in the new normal, people are wondering if there will even be a “normal” again. It’s been a little over a year already and the virus has still not been contained. Curfews and bans (e.g. liquor and travel bans) were constantly on and off again. Depending on the infected areas, the quarantine status would constantly switch between, to, and from ECQ, MECQ, GCQ, and MGCQ. In addition, according to the Department of Health (DOH) on March 13, 2021, new mutated COVID variants such as the P.1 variant (now officially designated as the P.3 Variant) of Sars-CoV-2 has been introduced and detected in Cebu.

The UP Philippine Genome Center has confirmed 59 new cases with the B.1.1.7 (UK) variant, 13 more cases with the P.3 (Brazil) variant, and 32 cases with the B.1.351 (South Africa) variant. Cases are rapidly increasing with 5,000 in a day which is the highest since 5,277 cases were recorded on August 26, 2020. Active cases in hospitals, isolation facilities, and ICUs increased at a faster rate.

The fight has been so long that many, even front liners are giving up. Hospital personnel is running out of workers, rooms, and energy. While they have the capability, they don’t necessarily have the capacity to attend and care for all the patients. According to the DOH Undersecretary Maria Rosario Vergeire, the battle continues. The mega temporary treatment and monitoring facilities (TTMFs) have been reopened in Metro Manila by the government. She claims they are going to re-strategize and modify the use of the facilities and use them as step-down care facilities. The step-down care facilities are where those who are already recovering be brought so that the hospitals can be decongested. Hotels will also be converted into quarantine facilities for patients who are asymptomatic or only mildly sick. In addition, she’s hired 9,000 healthcare workers since January 2021 as she heads the One Hospital Command.

Fortunately, we have received our first dose of hope. Since Covid-19 vaccines have recently arrived in the country this month and vaccinations have already begun with the front liners, we may at least have a chance as BioNTech-Pfizer’s vaccine has shown 100% efficacy and robust antibody response against the virus in 12 to 15-year-olds. They carried out trials on 2,260 adolescents in the United States. Davao City was also classified as a “minimal risk LGU (local government unit)” as recently as March 17, 2021. The city’s risk status has de-escalated, the city’s recovery rate has reached 92%, and its active cases continue to decrease at 3% of the overall 13,408 confirmed cases.

It’s still unsure if the Covid-19 virus will go away or stay with us for decades or longer, but by then it will not, hopefully, pose the same threat. Experts say that likely it will eventually ease into a nuisance like the common cold rather than the crisis we have today as people build up immunity either through vaccination or infection. Worst case scenario would probably be the emergence of the new variants could complicate these predictions and cause more severe disease or evade vaccines. Hopefully, the “new normal” goes back to the “normal” as many livelihoods and families were greatly affected by this pandemic.