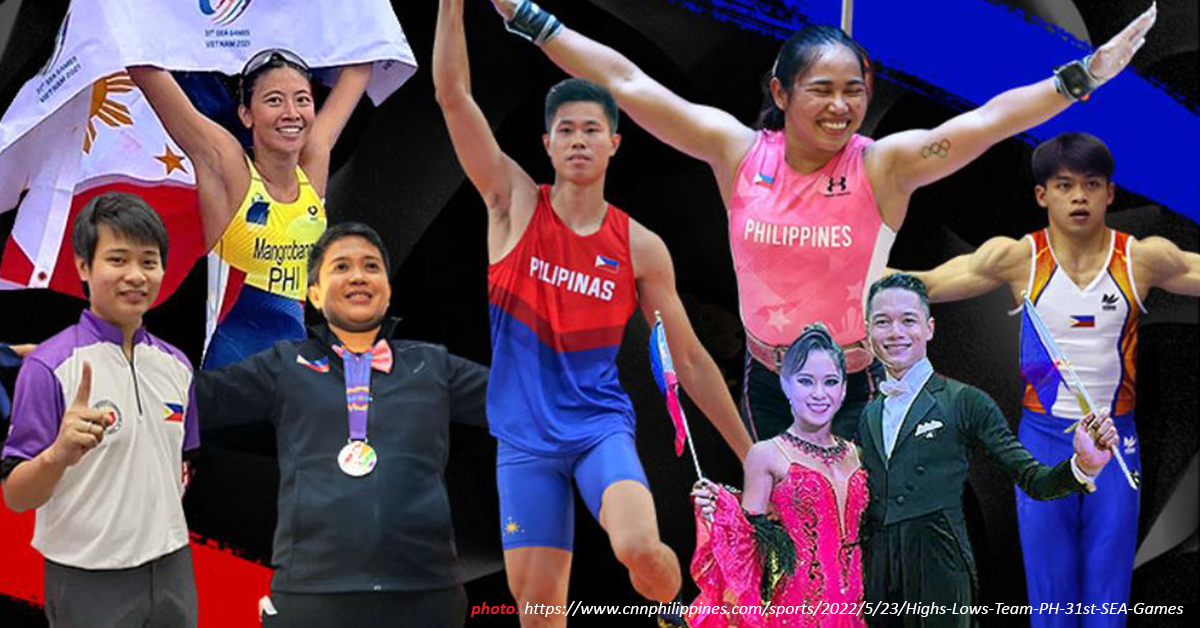 The long-awaited Southeast Asian (SEA) Games to be held in Hanoi, Vietnam has made the Philippines a whole and united nation in support of the 641 athletes who will play in 38 sports, not to mention the 336 members of the coaching staff, officials, and support workers to make a total of 981 delegates which was sanctioned by the Philippine Sports Commission’s (PSC) president, Commissioner Ramon Fernandez. The event is scheduled to start on the 12th of May and will officially end on the 23rd of the same month. Furthermore, the event will be vied by 11 nations in the SEA region namely: Myanmar, Cambodia, Brunei, Laos, Timor Leste, Thailand, Indonesia, Malaysia, Singapore, Philippines, and Vietnam.

Filipino Olympians Hidilyn Diaz, Eumir Marcial, Carlos Yulo, and EJ Obiena are not new and estranged to these sports events since they have been praised by the Filipino people as they joined the Olympics last year in Tokyo. In the SEA games, they have all won a gold medal. Talk about dominance and consistency.

As of the time of this writing by lumina.com.ph, these are the Filipino athletes who have won gold medals so far:

Irish Magno, another Olympian, won another silver medal for boxing. This goes the same for Esports for League of Legends (LoL) PC.

Overall, the Philippines went home as the fourth placer in the 2022 SEA games, with Vietnam as the champion followed by Thailand and Indonesia. The Philippines garnered over 50 gold medals, 69 silver medals, and 93 bronze medals. Singapore followed, then by Malaysia, Cambodia, Laos, Brunei Darussalam, and Timor Leste.

The Philippines have been hailed as the champions last SEA games 2019, who knows how much they will reap when the time comes for the athletes, alongside the country, to prove their worth. Let’s wait and see, come PARIS 2024.