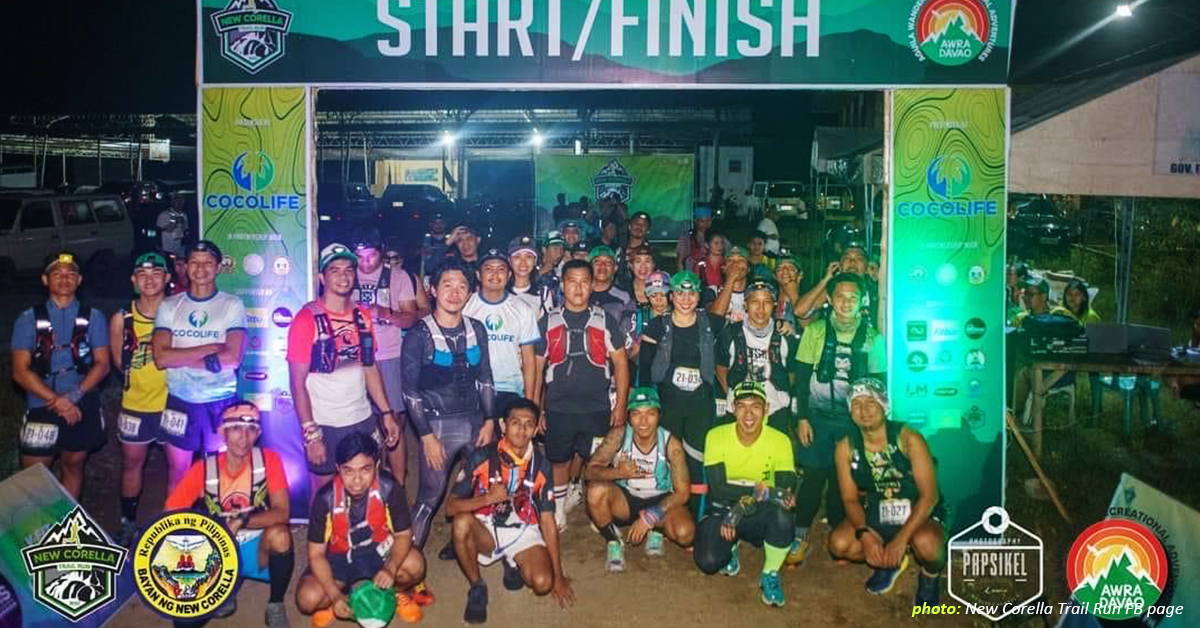 On the 25th of September, Joshua Clovis Celebrar proudly finished in 15th place during the 21-kilometer New Corella Trail Run 2022. The NCTR is the first-ever trail running event held in New Corella, Davao del Norte. It was meticulously planned and staged by Aguila Wanderers Recreational Adventures (AWRA) Davao and directed by Sir Alran Eric Cifra himself.

On the 5th of August, a sneak peek of the route was released by AWRA Davao. The route features the scenic beauties of New Corella, including the majestic Panas Waterfalls. As Sir Rhoen Roy Estribor stated, it was kumpletos rekados because it had a mix of various treks—road, river, highlands, waterfalls, and spelunking—in one.

On the 24th of September 2022, hours before the gun start, a fascinating ritual from the Manguangan and Dibabawan tribes was held for the runners. The Honorable Municipal Chieftain, Datu Lito Omos led the ritual.

During an interview with Mr. Celebrar, he stated that it was his first trail run experience that had a cave and waterfalls along the route. He, along with other runners, was used to highland treks. He believed that the route was well planned by AWRA Davao as it features New Corella’s tourist destinations—Panas Waterfalls and Linantao Peak.

As he was pushing through the trail, several of his co-runners were getting lost on their track, including himself. Nevertheless, he did not lose hope and continued on the trail. When he could no longer run, he walked until he reached the finish line.

After finishing in 15th place out of 52 runners, he said that NCTR 2022 is worth it. He enjoyed the trail run and was satisfied with his performance.

Joshua Clovis Celebrar is a graduating student. He is currently in his 4th year of taking up the BS in Aviation Electronics Technology (AET) at the Asian International School of Aeronautics and Technology (AISAT) Davao. He has been a student at AISAT for six consecutive years; two years in junior college and four years in college. He is also an entrepreneur at his family’s incubating farm, Celerity Farm Clerigo. During the pandemic, he had an idea to sell capacity setter incubators. He proposed this idea to his father, which led to the making of the
Celebrity Hatchery.

He encouraged his fellow students to go out of their comfort zones. He cited that by being away from one&#39;s comfort zone, one will gain various experiences and lessons that one can carry into one’s future.

This just proves that going out of one’s comfort zone and taking on different challenges in life is worthwhile. As Neale Donald Walsch once said, “Life begins at the end of your comfort zone.”