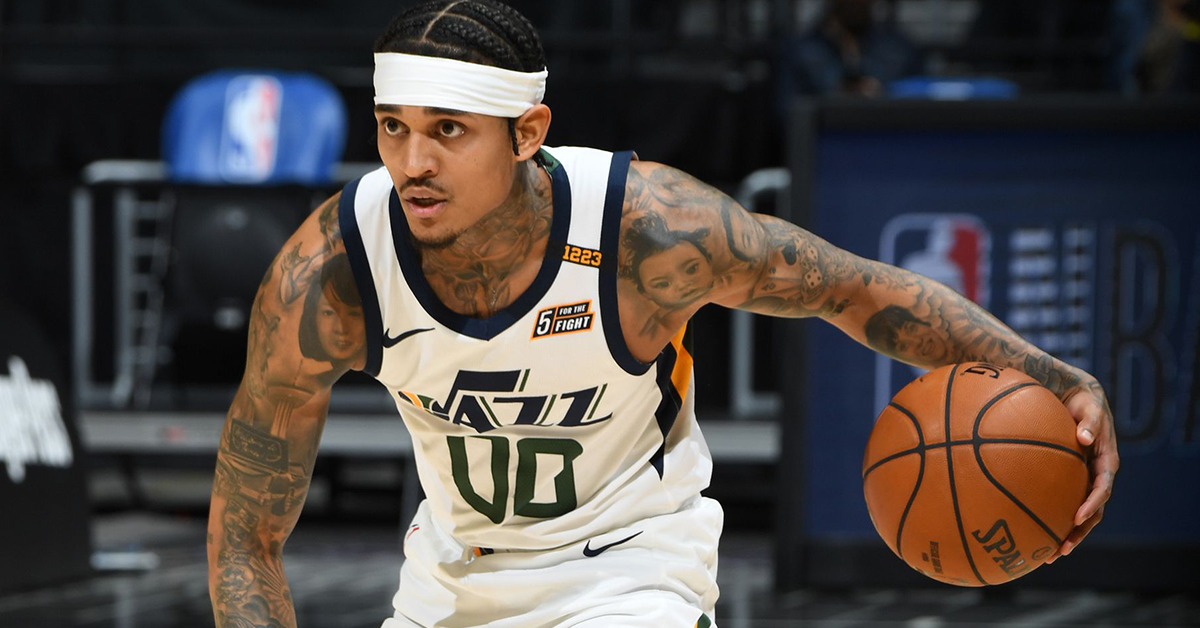 Jordan Clarkson, Point Guard and/or Shooting Guard of the Utah Jazz, hoops into the Sixth Man of the Year discussion as a very promising candidate.  For those who do not know, The National Basketball Association’s (NBA) Sixth Man of the Year Award is a seasonal National Basketball Association (NBA) award given to the league’s best performing player as a bench player (substitute).  This award has given deserving players their recognition since the 1982–1983 NBA season. An article in talks about other candidates including Clarkson from slamonline.com highlights Chris Boucher of the Toronto Raptors, Eric Gordon of the Houston Rockets, Shake Milton of the Philadelphia 76ers, Terrence Ross of the Orlando Magic, and of course, Jordan Clarkson of the Utah Jazz.

Many sports articles were doubtful and skeptical when Jordan Clarkson signed a deal with the Utah Jazz for 4 years with a 52 million dollar contract. Talks about him being overpaid even surfaced but so far this season, Jordan Clarkson proved the critics wrong about him.

He has had a lot of team changes and trades. He was able to play alongside the legendary Black Mamba, Kobe Bryant of the Los Angeles Lakers (May his soul rest in peace), and Lebron James when he was still in the Cleveland Cavaliers. However, even with those superstars, he had a lot of losses. Even if they were winning teams, the roster and crew where Jordan Clarkson belonged came up short.

However, this season, that’s not the case anymore. The Utah Jazz had superstars and stars in the making. Jordan Clarkson, in his peak and prime, definitely shined as he was the top pick for the bench- and he definitely delivered. Statistics and analytics even compared Clarkson’s performance in the past seasons and showed how he significantly changed his game. From shot selection to overall stats, Clarkson definitely improved and showed the NBA that he is a different kind of breed. Just recently, the Utah Jazz had a historic performance where they made 28 three-pointers in a single game. The Jazz is currently the first seed in the Western Conference and has the top performance rating in the whole league.

Jordan Clarkson is of Filipino origin. He was born in Tampa, Florida to an African-American father, Mr. Mike Clarkson, and a Filipino-American mother, Mrs. Annette Tullao Davis. When he was interviewed, he was really happy and grateful of the support that the Philippines, a whole country, got his back. A few years back, he was also able to play for the Gilas Pilipinas as a guard and somehow the star of the team. This made him more known to Filipinos.

If you would ask if there were other Filipino players in the NBA, Jordan Clarkson is not the first. It was Raymond Townsend of the Golden State Warriors. Having all these players in the NBA just proves that Filipinos do not just excel in combat and contact sports, they also do well in basketball.

The All-Star break is bound next month so watch out for the next edition!