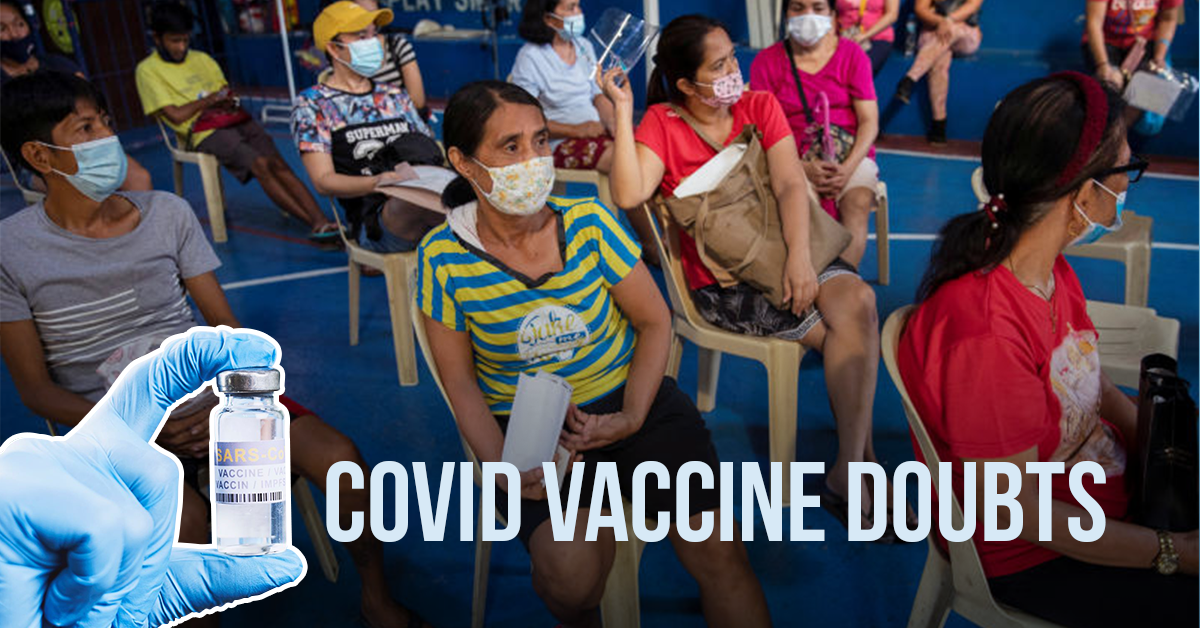 It’s been a year since the Covid-19 has spread throughout the globe, putting everyone, students and teachers alike in a quarantined state, affecting our daily lives and income. Only by restricting the movement and following on social distancing procedures that we were able to limit the spread of the virus. But because of the cycling stricter quarantine protocols and the fluctuation in covid cases, hope for when will this virus end was slowly dwindling among the lives affected by it. Some have even accepted the “New Normal” as their normal. On December 31, 2020, W.H.O has announced the approval of the Pfizer-BioNTech vaccine being the first to pass stage 3 clinical trials and the first official vaccine, with an effectiveness rate of 90% percent as of this moment. A group effort by the partnership of BioNTech and American pharmaceutical Company, Pfizer. During that time, there were other companies from different countries also creating a vaccine, them being Moderna, Sinovac, and Oxford-AstraZeneca to name a few.

Then what’s with the doubts on Covid-19 vaccines? Doesn’t having multiple companies and countries working for a cure ensure that the world will get a safe and reliable vaccine that everyone can receive? Well, yes, in fact making a vaccine and getting it approved for use in a year is no small feat when normally it would take years for a vaccine to be deemed safe for public use. Nevertheless, a grain of salt has to be taken here as one cannot deny that the race to creating the official vaccine of the world isn’t all about the betterment of everyone. Money and power are involved.

There also comes to play with the vaccine’s effectiveness and what side-effects it can give. Pfizer and Moderna, two vaccines owned by the US are on 90% ratings with substantial data to back it up. AZ vaccine is on 70% effectiveness while the two Chinese vaccines stand under 70%. Their side-effects range around mild symptoms lasting a few hours or days. That said a sum of people are not willing to play “Russian roulette” with the vaccines as fake news and distrust in the government still is a problem to this day. A single death wouldn’t be a problem statistically even when a number of cases were recorded in Norway of people having a negative reaction to the vaccine the numbers still were as expected says the WHO Global Advisory Committee, but still, death is enough to cause a public outcry.

Another that can play into doubts about the vaccine is the transparency of the information provided on the processes to making the vaccine. The vaccine information so far given by the companies has so far been transparent even ingredients of the vaccines are published online free to see but information can be easily manipulated and censored. For example, it is well known that China’s government is notorious for said things – censoring and manipulating. Sinovac a Chinese-owned pharmaceutical was labeled at 78% efficiency but on a Brazilian clinical trial, it showed that it was only 50.4% effective. This is important as this would be the first vaccine to arrive in the Philippines as 50,000 are said to arrive this February.

Vaccines also don’t come cheap and readily available to everyone not only does this come out on our tax but also adds to our ever-increasing in the Philippines. Although 9.4 million doses of Pfizer Inc., BioNTech, and AstraZeneca have been secured said Carlito Galvez, the one handling the vaccine negotiations through the help of COVAX and another 25 million doses of Sinovac vaccine secured and mentioned by Duterte. It will not be able to cover the 108 Million citizens of the Philippines, thus it will be up to “how long the vaccine does protect us from the Covid-19 virus” and “how many percent of us will develop antibodies either long-term or short-term through the help of the vaccine”. This will also help with the herd immunity of the population so that when cases of Covid-19 arise enough people would be able to contract the virus preventing widespread outbreaks.  This will still take years to achieve a large enough population to have herd immunity.

In the end, these problems cannot be really solved without the help of the approval and trust of the citizens. Doubts will continue to rise and fighting with the deadly disease can be still blurry and that’s why we have to be updated and discern well for everyone’s betterment.