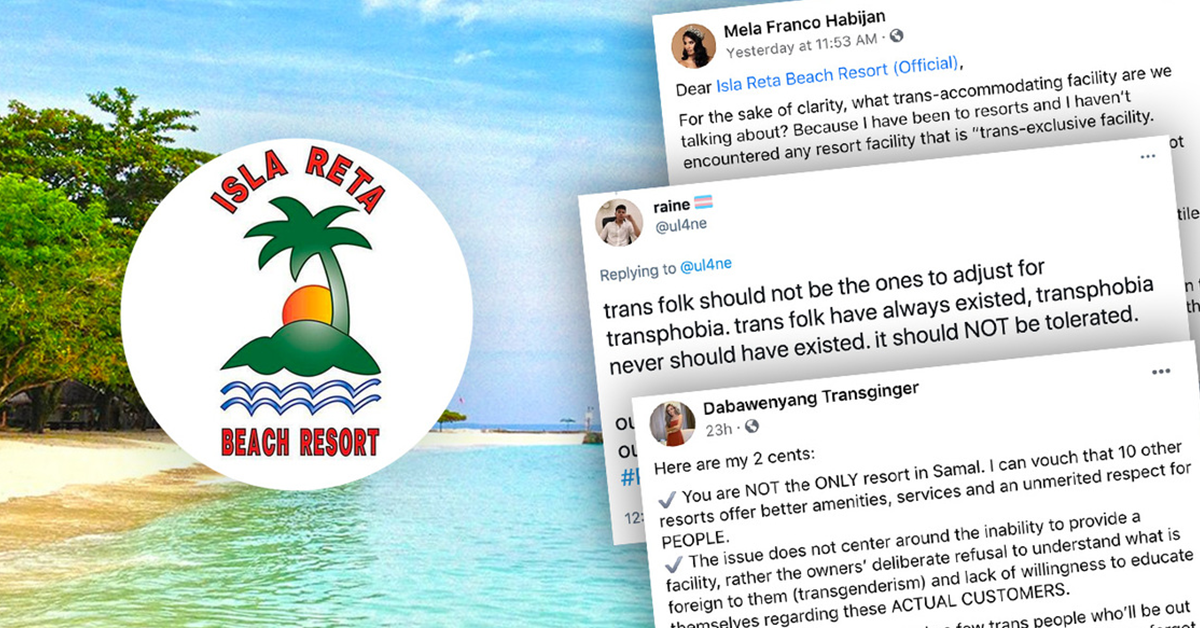 Gender and sexual preferences have always been an issue ever since then. People have been so closed-minded and inconsiderate about people’s beliefs and principles, especially if it is something that doesn’t connect or agree with what they believe in. Some people tend to discriminate and even condemn people just because they are against certain things that they see unfit and unclear just to justify that they are wrong and that they should be punished or shut down. For instance, political matters, if the citizens or even fellow government officials are against the laws or proposed bills they tend to protest and provide negative impacts that may affect them and the people, but in reality these days, some protests are mainly because of selfish and narcissistic resolutions these certain people have without even thinking about how it will affect others rather than just themselves. People tend to be blinded by their selfish dispositions and unknowingly hurt and offend others just because they disagree. The same goes for gender issues.

Due to people’s judgmental and hide-bounded manners, some individuals are afraid to become who they really are and who they want to be. Fear of the unknown is common when growing up, but what frightens some people is the fact that people may discriminate and judge them because of the choice they made or they will make. People keep on saying and spreading the words: “Be who you wanna be”, but the question is if they become someone they want to be, will they be accepted? Will the people around them understand? Will others be considerate of the decisions they will make? It’s just something that they hope would go well. The LGBTIQ community has received negative and hurtful comments and was even physically abused and violated by homophobic and insolent people. Discriminated, insulted, mentally and physically abused, bullied, and some are even killed. This community consists of people, humans, like us. They may have different preferences, but it doesn’t mean that they should be condemned and insulted. They just want to live freely and happily just like all of us. They have the right to enjoy their lives too. Just because they’re different in some way, doesn’t mean they’re not people. Why can’t some people understand that not everyone can follow the beliefs that have been instilled by our forefathers throughout our history? We have the right to decide, but we don’t have the right to judge and discriminate against others just because they have different perspectives and beliefs. We shouldn’t force things on other people especially if it is against their will.

Despite the implementation of the SOGIE Law, some people are still against and disrespectful towards the LGBTIQ community. Recently, an LGBTQ member was discriminated against and disrespected by resort staff and the owner of Isla Reta Beach Resort. She was asked to prove that she was indeed a certified transwoman so that she can use the ladies restroom to shower. After being humiliated and discriminated against by their staff, she tried to complain to the upper management only to be disappointed and humiliated again. This isn’t the first time that this resort has discriminated against a member of the LGBTIQ community, they also have been rude and offered bad customer service to other members in the past, but the victims just stayed silent about it to prevent commotion and problems. The resort is indeed beautiful and relaxing, but sadly due to their attitude and customer service towards these people, they became so disappointing. The resort even released a statement that they will no longer accommodate and accept Transgender individuals because they didn’t have the needed facilities for them. Isn’t it a bit exaggerated? It started with the restroom issue, ending in banning Transgender individuals from their resort. Unfair and is indeed discrimination.

These individuals are filled with terror and despair even since then. They’ve always feared for their lives because they know that there are relentless and homophobic people out there that might hurt and even end their lives. There have been numerous reports of murders and cruelty against them since 2010 and until this day there are still reports of such cases. Until how long should they have to fight for their rights as human beings? As a part of our country? How long should they cower in fear and prove that they are worthy of living? How long must they live in despair? How long must we stay silent and narrow-minded? They deserve a life of happiness as much as we do. They also deserve every ounce of joy that this world can offer. People may be against them, but it isn’t right to hurt them. They never did anything wrong to deserve such humiliation and discrimination. People should understand the fact that they have the right to decide and choose the life they want to have, and stop shoving norms and ideals that only some people believe in. It isn’t right, it’s toxic. They deserve every right as human beings to live happily. To become who they really are and who they want to be. Stop the ironic attitude and start proving that it is indeed alright to become who you want to be. Stop being a hypocrite and a selfish person, learn to understand and respect people no matter who or what they are. They deserve every respect as much as we do. They are people, and so are we.

“Include everyone, no matter their gender, sexual orientation, race, or religion. We are all human beings and we are part of society.” – Lea T