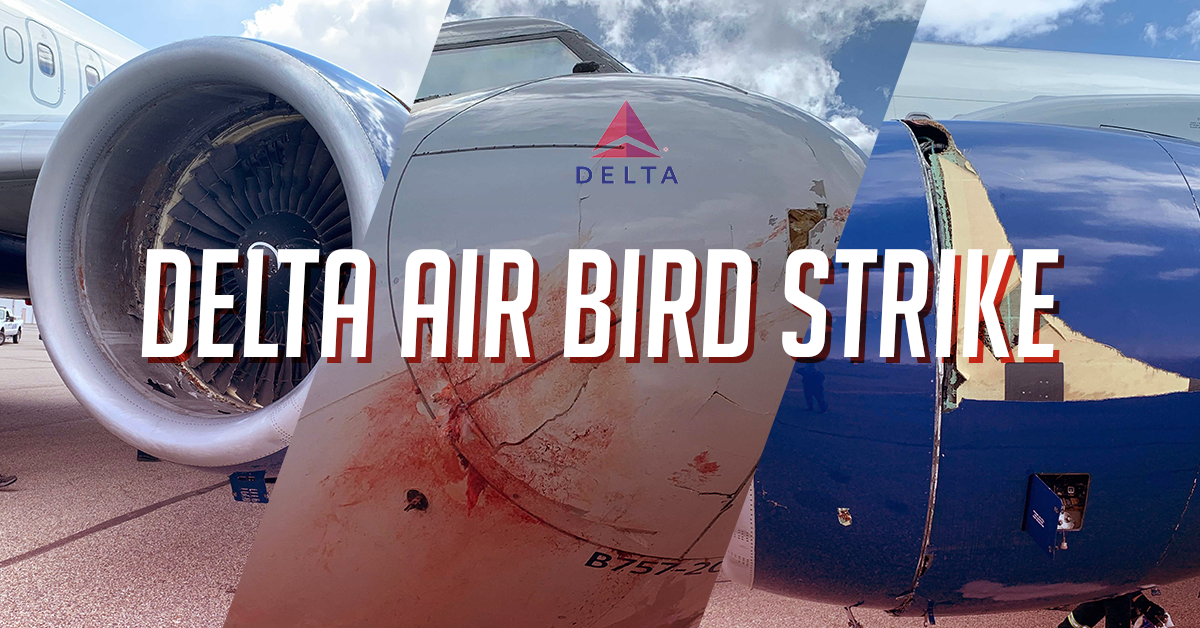 A bird strike occurred on March 31, 2021, when a Delta Air Lines Boeing 757-200 was transporting the Utah Jazz basketball team from Salt Lake City, Utah to Memphis, Tennessee. As a result, the plane was forced to return to its departure airport. The plane collided with a flock of birds shortly after takeoff, causing significant damage to the nose and left-hand engine (engine No. 1), forcing it to return to SLC. After taking off from SLC, the 757 returned to its original departure airport in less than 20 minutes.

The Utah Jazz, a National Basketball Association (NBA) team, chartered the plane to fly to Memphis for a game against the Memphis Grizzlies. SALT LAKE CITY, Utah (AP) — After an emergency landing earlier in the day, the Utah Jazz players and personnel arrived in Memphis, Tennessee on Tuesday night.

Donovan Mitchell, an All-Star, was not on the plane and will not feature in the game on Wednesday. Mitchell did not make the trip due to “personal reasons,” according to the team.

Around 1 p.m., Tuesday, he was on board Delta flight 8944, a chartered plane carrying the team to Memphis when it collided with a flock of birds as it took off from Salt Lake City International Airport.

The 757 was flying flight DL-8944, according to The Aviation Herald. At 13:16 MDT, the plane took off from Salt Lake City International Airport. However, there was bird ingestion at the left-hand PW2037 engine as it climbed out of runway 35.

After stopping the plane’s climb at around 8,000 feet, the flight deck crew returned to Salt Lake City. After that, the plane safely landed on runway 34L.

Following the collision, photos from the ground reveal damage to registration N651DL. According to the tweet below, fire crews were also on the scene. This machine, according to Planespotters.net, is nearly 32 years old and joined Delta in July 1989.

Bird strikes may not be a common occurrence for crews all over the world. When they do happen, however, they can cause major disruption and even harm. Per year, the FAA receives more than 10,000 accounts of bird and wildlife attacks. Following a strike, crews must ensure that they take the proper steps. Furthermore, airports must do their part to try to discourage them from occurring.

Captain Chris Pohl of Virgin Atlantic’s Airbus A380 Training explained to Simple Flying recently that different birds can cause varying degrees of damage to different aircraft. As a result, caution must be exercised following a hit.

“Bird strikes are not common, but again it depends on the size of the aircraft and the size of the bird. A goose is going to cause more damage than a sparrow,” the pilot told Simple Flying.

“I hit a large seagull at Glasgow a couple of years ago and it left a fist-sized dent in the leading edge of the wing. The same bird hitting a smaller aircraft would be much worse. Most airports have bird scaring equipment to avoid these encounters.”

Everyone on board was unharmed, and the flight number arrived safely at its destination later that day.