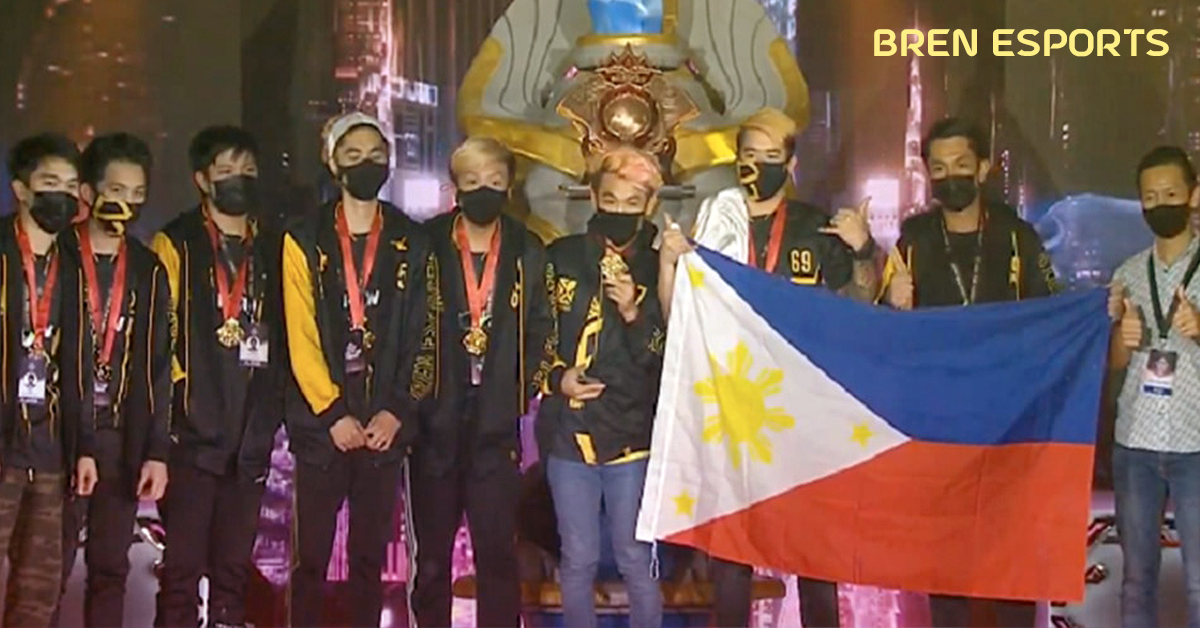 The world of competitive gaming had always struggled to be acknowledged as a legitimate career here in the Philippines. For so long, many Filipinos outside the E-sport world had considered gaming as nothing more than a hobby and more often than not, a waste of time. However, Bren Esports, a professional esports organization, is currently changing the way many Filipinos see the gaming industry.

First founded in August 2017, it has since built up promising young talents and created strides in the international competitive gaming scene. Dabbling in popular gaming divisions like Mobile Legends: Bang Bang, Overwatch, League of Legends, PUBG, and Valorant, Bren Esports have created a roster of formidable Filipino players on par with teams from all across Asia and the world.

Last January 23, 2021, Bren Esports had once again wowed us with their stunning performance during the M2 World Championship that was held in Singapore.

While the team started strong, it became an uphill struggle for them as they were knocked down to the lower bracket by the Myanmar team, Burmese Ghouls. This did not dampen their drive as they took down their opponents one by one to get back on top. Eventually, the team had faced off with RRQ Hoshi in the Lower Bracket Finals where they not only gained a chance to have a rematch with the Burmese Ghouls but also made a name for themselves as the “Indonesian Slayers”.

Bren Esports then amazed us with their gameplay and left the whole country on the edge of their seats as the two powerhouses tied with 3 to 3 during the Finals. Many Filipinos found themselves rooting for the underdog and found hopes and prayers answered when the team crushed the Burmese Ghouls in the final showdown and bagged the trophy as World Champions.

The team has earned a whopping $140,000 (6.7 PHP) as well as an additional $3,000 (roughly 144,000 PHP) awarded to Carry Karl “KarlTzy”, the heralded MVP of the match. Bren Esports is now the first Filipino team to lift the MLBB World Championship trophy and many anticipate what this entails for the future of Philippine Esports.

To many, esports may seem to be a dream career come true, but, the world of esports is broader than and just as difficult as any physical sport. It opens numerous opportunities for many, not just for players but also for people behind the scenes like IT professionals and multi-media artists. It also requires a lot of discipline, practice, effort, and as well as the pressure to always be on top of your game. For people like MVP KarlTyz, being at your best in the game can make or break not only your reputation but also that of your whole team. Your gameplay is something that affects your comrades in-game as a whole so it is essential for players to undergo regular training and practice. The distinction between casual gaming and that of the competitive type is what makes a good E-sport athlete.

Currently, Bren Esports seeks to foster more talented players interested in competitive gaming to ultimately mold them into professional esports athletes. It is only a question of whether or not one has what it takes to become an E-sport world champion.