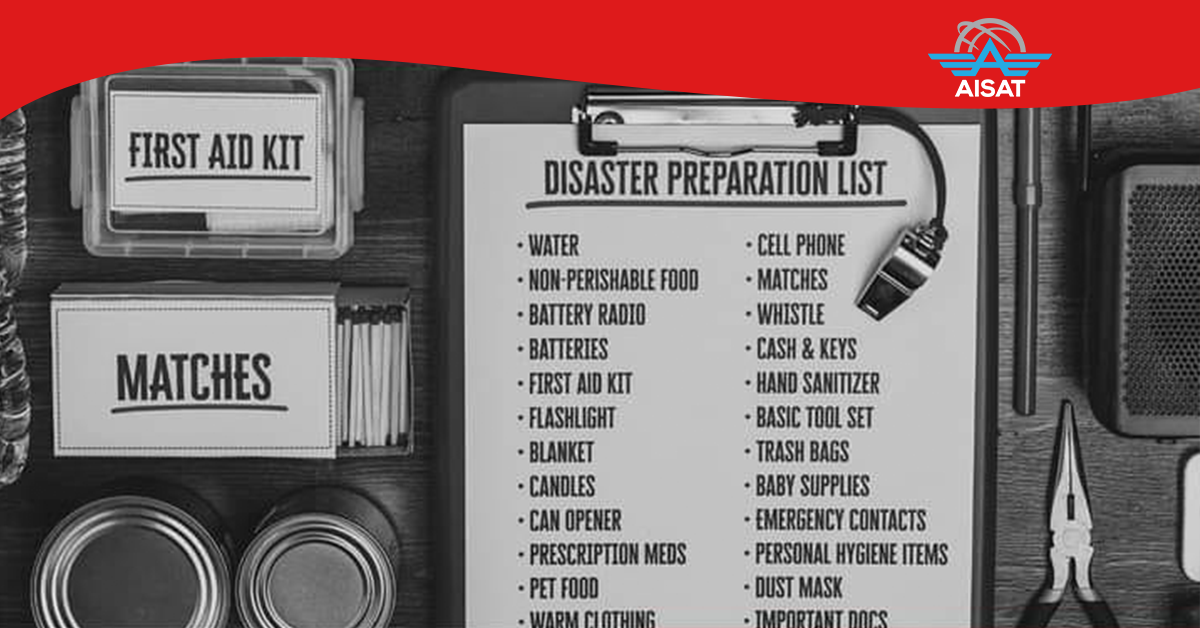 The Philippines, which comprises 7, 641 islands, has been well known for being rich in resources and its different destinations that capture the hearts of the tourists and the local people. The archipelago is situated in Southeast Asia and has been identified as the “Pearl of the Orient” since the 1750s due to the beauty it offers. Since then, it has been ranked in multiple surveys involving the tourism department. While this may be a notable aspect, disasters are also widespread in the country. Its geographical location is the foundation behind its renowned beaches, lakes, mountains and other breathtaking places. Yet, its position on the “Pacific Ring of Fire” and Pacific typhoon belt is also the reason why typhoons, earthquakes, volcanic eruptions, fires, landslides and floods are unceasingly encountered. Subsequently, the Filipinos need to be well-versed in disaster preparedness and awareness to mitigate the damage.

In line with this, the Asian International School of Aeronautics and Technology (AISAT), in collaboration with the school clinic, Supreme Student Council, and Red Cross Youth Club, conducted a webinar entitled “AISATindig: Know Preparedness, No Disaster” last February 17, 2022. Ma’am Riz Bianca Nicole Castillo-Bascon, RN, launched the event with her opening remarks emphasizing the importance of the education sectors’ role in supplementing apprehension on disaster risk reduction to the community. Corresponding to the webinar’s objectives, Ma’am Hannah Bonilla, a volunteer of the Philippine Red Cross Davao chapter since 2007 with various consultant positions and a registered nurse, was introduced as the resource speaker of the day. Together with her other colleagues, Sir Ryann, Ma’am Linda and Ma’am Hazel, the webinar was divided into five sessions focusing on the different fields that constitute the Disaster Risk Reduction Management (DRRM) Orientation.

Starting with the first session, the speaker introduced DRRM and Republic Act 10121. The technicalities of the law and DRRM’s main goal to have safer, adaptive, and disaster-resilient Filipino communities towards sustainable development were brought up in this session to emphasize their significance to the community’s safety. The Philippines’ disaster landscape and its profile were the main focus during the second session deliberated by Ma’am Linda. Furthermore, the discussion aids in allowing the participants to be aware of the two classifications of hazards, natural and anthropogenic. The statistical data of the past hazards in the Philippines were even presented, supporting the idea that these are prevalent in the nation. After that, the third session’s focal point was about hazard risk hunting. The speaker demonstrated how disaster risks exist through the equation: (hazard x exposure x vulnerability) / capacity = disaster risk. Thus, disaster risks will not exist if one component is not applicable. Moreover, the participants were taught how to formulate and use the hazard hunting matrix to identify existing hazards and possible solutions in their respective vicinity. The fourth session covers the concept of fire safety and the three elements of fire. This part of the workshop also allowed the participants to be aware of the different common fire hazards, what to do during a fire, and how to use a fire extinguisher. Now that the participants are already familiar with fire safety, the last session moves on to earthquake preparedness.

Since the Philippines belongs to the Pacific Ring of Fire, earthquakes are expected to be commonly encountered. The speaker further discusses several details that deal with earthquakes, instilling the lesson of giving importance to preparedness. The webinar took place for more than 2 hours; however, the speakers were able to catch the attendees’ attention due to their question and answer portion after each session. Upon the end of the program, the speakers disseminated a hazard risk mapping template and a quiz via Google Forms for everyone to apply all of their learnings throughout the five parts. Indeed, it was a great way to entice the audiences to be alert in each point tackled.

A certificate of appreciation was presented to the speaker to close the webinar formally, and Ma’am Bianca spoke her closing remarks. A heartwarming thank you message was addressed to all of the students, faculty, and staff who actively participated throughout the event and to the speaker who devoted her time and effort. “It was a very informative and a webinar with a twist“, Ma’am Riz mentioned with a cheerful mood as she finished her closing remarks. After that, the event was concluded, and the organizers called it a day as the school successfully pulled off another webinar.