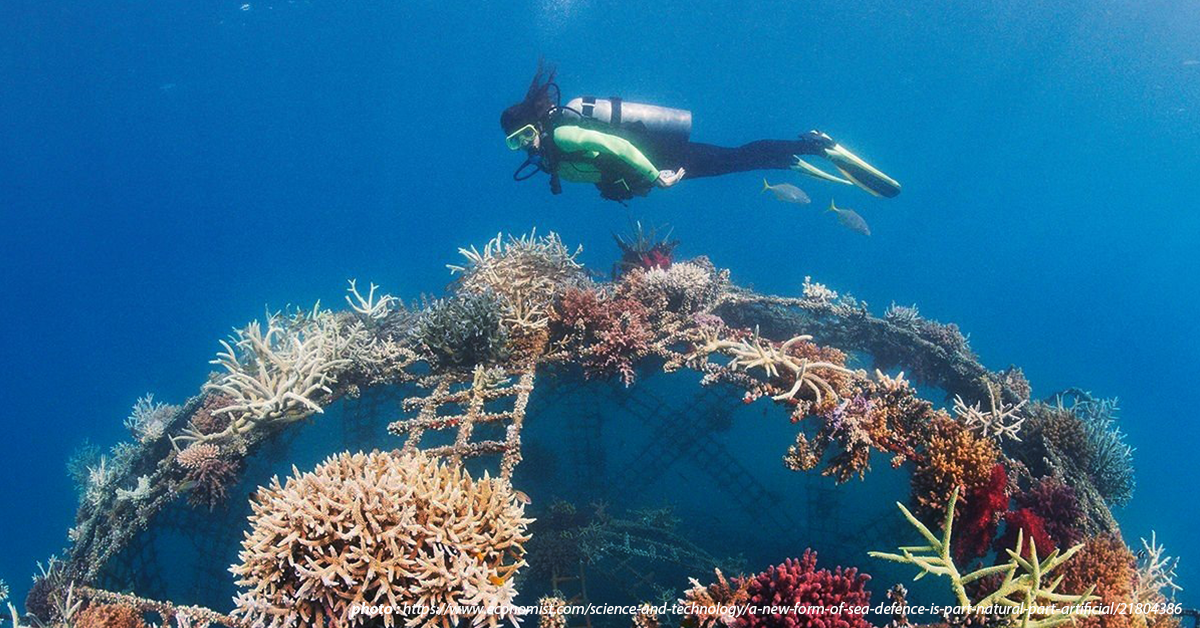 One of the most valuable biodiversity on Earth are the coral reefs. It contains more species of marine animals compared to other bodies of water. Coral reefs are the source of food and survival for both fishes and humans. Without them, coastal communities would have an increase in destructive floods due to violent waves, food and the economy of people would be downgraded and many species of marine animals would be endangered.

A roughly triangular shaped area in Indonesia, Malaysia, Philippines, the Solomon Islands, Papua New Guinea and Timor Leste that is rich in marine biodiversity is called the Coral Triangle. The Coral Triangle is full of most of the ocean’s coral species which is about 76%, 6 out of 7 sea turtle species, and 37% of reef fish species that is extremely important to marine life and it is also a source of livelihood for people in these countries.

The declining of coral reefs started centuries ago and is still declining to this day. There are many threats that corals face; storms and large waves can break down corals, oceans receding farther and farther damages the corals as well as from being in the sun for too long and so will make the polyps dry out and some go through coral bleaching because they are stressed. Man-made damages are the major factors of reef damage; Water pollution, overfishing, harmful fishing practices, mining live corals and more.

However, it’s not all bad news. A reef in Sulawesi, Indonesia has been destroyed due to blast fishing. It has been successfully restored after a few years of coral installation. When the corals grew, marine animals started to come back. Scientists decided to record the sound using a bio aquatic microphone and they described it as vibrant, “with whoops, purrs and grunts” according to the Guardian. These sounds came from different types of fishes that were recorded before and others have not yet been identified. Being able to hear the sounds of a healthy marine environment is a different experience and is just amazing to say the least.

The first large-scale coral reef restoration project in Marinduque began earlier this year with the help of the Department of Science and Technology (DOST), Bureau of Fisheries and Aquatic Resources (BFAR), local government units and fisherfolks. The coral nursery unit (CNU) that will be used in this restoration was developed under Filipinnovation which has able to hold 500 coral fragments or “corals of opportunity” (COP). CNUs were already deployed in Tungib-Lipata, Buenavista and in Poctoy, Torris on June 10 to 23, 2021. The other municipalities of Marinduque, namely Boac, Gasan, Mogpog and Santa Cruz will have the CNUs installed in July 2021. The National Coral Reef Restoration Program is now ongoing across the country.

There is hope for the marine environment with the help of these restoration projects but without addressing the larger problems that contribute to these damages, reef restoration will be much harder, that it would take longer to plan out and the coral would need more time to mature and reproduce.