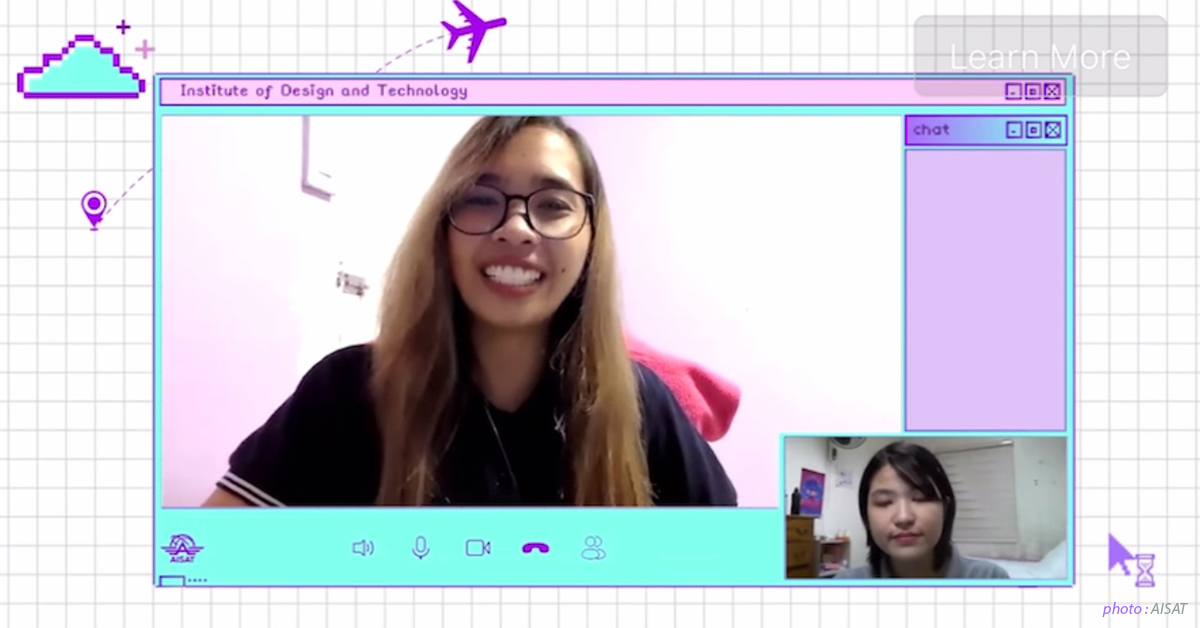 Asian International School of Aeronautics and Technology introduced its CHED recognized BS Aviation Management program and Institute of Design and Technology programs through webinars with video testimonials from its students. These webinars were open to the general public and are made available for public viewing through AISAT’s official Youtube channel (youtube.com/channel/UCbAcuA6JxgfXj17wZAyCgtQ).

The first live webinar conducted by AISAT last July 21, 2021, was to introduce its Aviation Management Major in Airline Operations program which was accepted by the Commission on Higher Education. The webinar started with a video presentation on AISAT’s Career Guidance Orientation by AISAT’s Marketing and Admissions Officer, Ms. Viktorria L. Villamor. Two pioneer students of AISAT’s Aviation Management program shared their testimonials through a video presentation ( https://youtu.be/PoR2fpbPK4g ). A short video presentation on AISAT’s Aviation Management program was also presented on the screen. The School President, Atty. Myra Ann Wee-Toe Hio gave a welcome message stating that it is best to hear from the students themselves and that AISAT’s BS AvM put a lot of aviation flavor into the BSBA course by injecting aviation-related cases. Atty. Myra Ann Wee-Toe Hio also added that graduates of AISAT’s BS AvM would be flexible enough to enter any field as generalists and can be thrown anywhere for they can adapt into society successfully and functionally.

On the same day, another live webinar conducted by AISAT was on what to expect when one enrolls in AISAT’s BS EMC or DACS programs under AISAT’s Institute of Design and Technology Department. Showcasing what to expect when a student enrolls in Digital Animation or Game Development in AISAT, the live webinar also started with AISAT’s Career Guidance Orientation video presentation by AISAT’s Marketing and Admissions Officer, Ms. Viktorria L. Villamor. It was followed by a presentation on further information about AISAT’s IDT courses by AISAT’s IDT Program Head, Ms. Leslei Kaye Lodia-Bernaldez, who presented a video showcasing the works of AISAT’s IDT students. The interview video presentation also asked both an animation and a game development student . The questions asked were on why AISAT is the best choice for students who want to pursue careers in entertainment, arts, and game development, their experiences as an AISAT student, what makes AISAT an excellent start to your dream, and how the chosen course helps students in gaining knowledge during online learning. The interviewed AISAT students mentioned self-improvement as it takes much effort to continue amidst the pandemic and that AISAT truly helped them with their online classes.

Furthermore, a video presentation on works by students from various year levels and subjects was also presented on screen. It was then followed by a Q & A portion, and a question on what incoming students should expect or be excited about was raised. AISAT’s IDT Program Head, Ms. Leslei Kaye Lodia-Bernaldez, answered, stating that AISAT’s proactive administration provides the best online class experience and that instructors talk to students and help their students understand and learn. An enrollment and online admission test reminder were also mentioned by AISAT’s Marketing and Admissions Officer, Ms. Viktorria L. Villamor. Lastly, Atty. Myra Ann Wee-Toe Hio stated that AISAT is hungry for stories made by IDT students and that AISAT aims to be a community where students learn to grow and are able to carry with them rich experiences from AISAT as they graduate.

AISAT will also be accepting second-semester students who will be scheduled for an entrance test during the month of October. For inquiries, kindly send a message to AISAT’s Official Facebook Page, AISAT Davao.