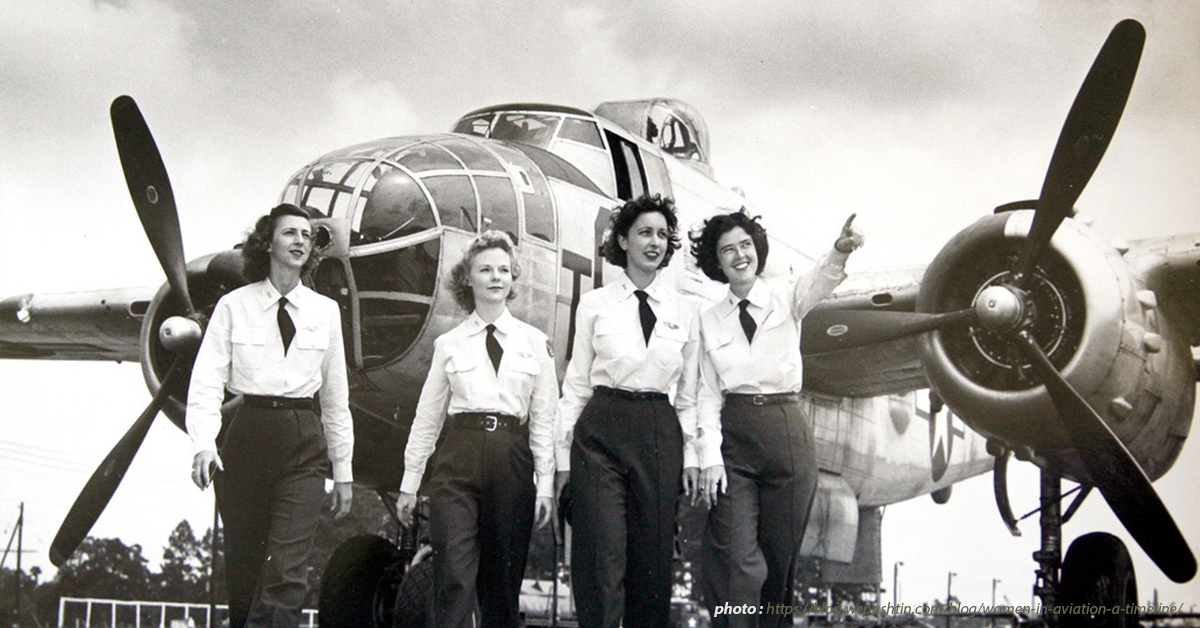 Everywhere there is grease. Heavy pieces of machinery are your daily companions. The concentration is drastic. Are these the only factors holding women to dominate the goliath industry despite them being able to be the focus of sought-after expertise in a wide range of technicalities? Were the barriers set by the massive circle of aviation hubs plunged into the one-sided ideologies of society? How are women celebrated in this industry?

As pointed out from the report of the International Air Transport Association (IATA) which is composed of over 290 airline companies worldwide, the statistics indeed have shown how “markers” that act as separators of gender in the industry became rampant and uncontrollable – with 3% of C-Level roles in the industry only covered by women. The association stressed how such a problem is becoming a bottleneck for airline companies to cope with the different measures being set by the different organizations specialized in hitting “equal opportunities in the industry”. Gender diversity certainly is becoming the main course for industries to serve hot bounded with the realities on the ground.

With dedicated bodies to stand with this issue and those that circle this subject matter, unconscious biases in the industry are slowly being suppressed.

Despite the biases that crept through this industry, the truth cannot be remained concealed – that women play a fundamental role in building the strongest and finest version of the industry that connected nations for over a century.

Ever heard of Amelia Earhart? Helen Richey? Sabiha Gökçen? These are just a few of the many women that marked and gave the aviation industry its elevation towards major milestones. They were among the women that shaped the foundation of a “fast-paced industry” – they even grasped some remarkable “firsts” in this field.

At a very young age, Amelia Earhart has exposed herself to the countless possibilities brought by the aviation industry to her very doorstep. Amidst being faced with constant prejudice, she was able to ace her infamous solo flight across the Atlantic with her biplane at 14,000 feet in 1931 – creating two records in one trip. She even had her signature aviator look that added a firm stand to the power of women in such fields during her time.

Commercial schedule passenger carrier dominated by men was shattered by a woman named Helen Richey in the year 1934 as she was declared to be the first woman to ever fly the said aircraft. However, it enraged groups of male aviators that lead to the formation of a male union that ended her very career. Despite being pulled by injustices, it was a triggering factor for women to finally take a stand, echo their voices, and be heard in all corners of the world.

Taking a firmer stand? Sabiha Gökçen made this statement clearer and bolder, a Turkish aviator that chose to take with her fighter planes and bombers as she conquers the vast sky. In 1936, she was recognized as the first female fighter pilot in the world as she completed her training at an airbase in Eskișehir. With 22 varying bomber and acrobatic aircraft, she had danced through the tensioned skies, was awarded multiple medals highlighting her achievements ignited the passion for more women to place and take such dreams to reality.

The horns were blown, yet the torch remained indifferently igniting still and constantly being pressed still with the different factors that restrict the full capacity of women being unleashed in this industry. A study released through the University of Nebraska at Omaha Aviation Institute, Women in Aviation: A Workforce Report, shows how women in such fields remained deprived of opportunities, especially in the leadership and technical roles in the industry, and opposite to that of positions with low income and low profile. The concentration of both worlds spells “discrimination” still.

The figures show how this industry remained rooted in how society sees women. From a CNN report, “women leave (the aviation industry) within five years because of lack of advancement or desire to achieve work-life balance, indicating this is a problem not just for the flight deck but for the entire aviation and aerospace industries.” However, “according to the study, women who leave aviation usually continue to work outside the home, indicating a lot can be done to retain women in aviation careers.”

With the alarming reports and figures of plunging opportunities, discriminating stances, and sluggish progress of actions, the Sustainable Development Goals enveloped this industry to maximize the mechanisms and speed up the justice to all bodies. The SDG 5 which spotlights Gender Equality is pushed and armed to encourage interest from young women to join technical areas and men to join the frontline staff. Today, visible actions are to be seen realigning our industry reinforced with inclusivity and fairness; backed by skills training for women and opening more doors to encourage balance in technical areas such as engineering and flight crew – in full blast!

Here are a few among the many actions rolled out in strengthening women in this industry according to the SDG 5 of the Aviation Benefits Beyond Borders:

The list goes a long way. Setbacks may have caused frequent misalignment to how the progress bar is supposedly be aligning, but letting every woman’s voice be heard and echoed in this society is the very purpose of these. Amidst all the problems that hindered actions, the collaboration to topple off and figure out the glitch in the system made it clear that it is not yet late and the hope of grasping total balance in gender equality remains passionately igniting to light the path of others. Drive gender diversity from the top. Support women in leadership roles and break the barriers that restrict inclusivity. Make flexible working available to everyone – not just women. Be accountable. When pure dedication is put to action in delivering fairness, then expect a domino effect to other industries as well – a movement toward a vibrantly pink-tinted sky!