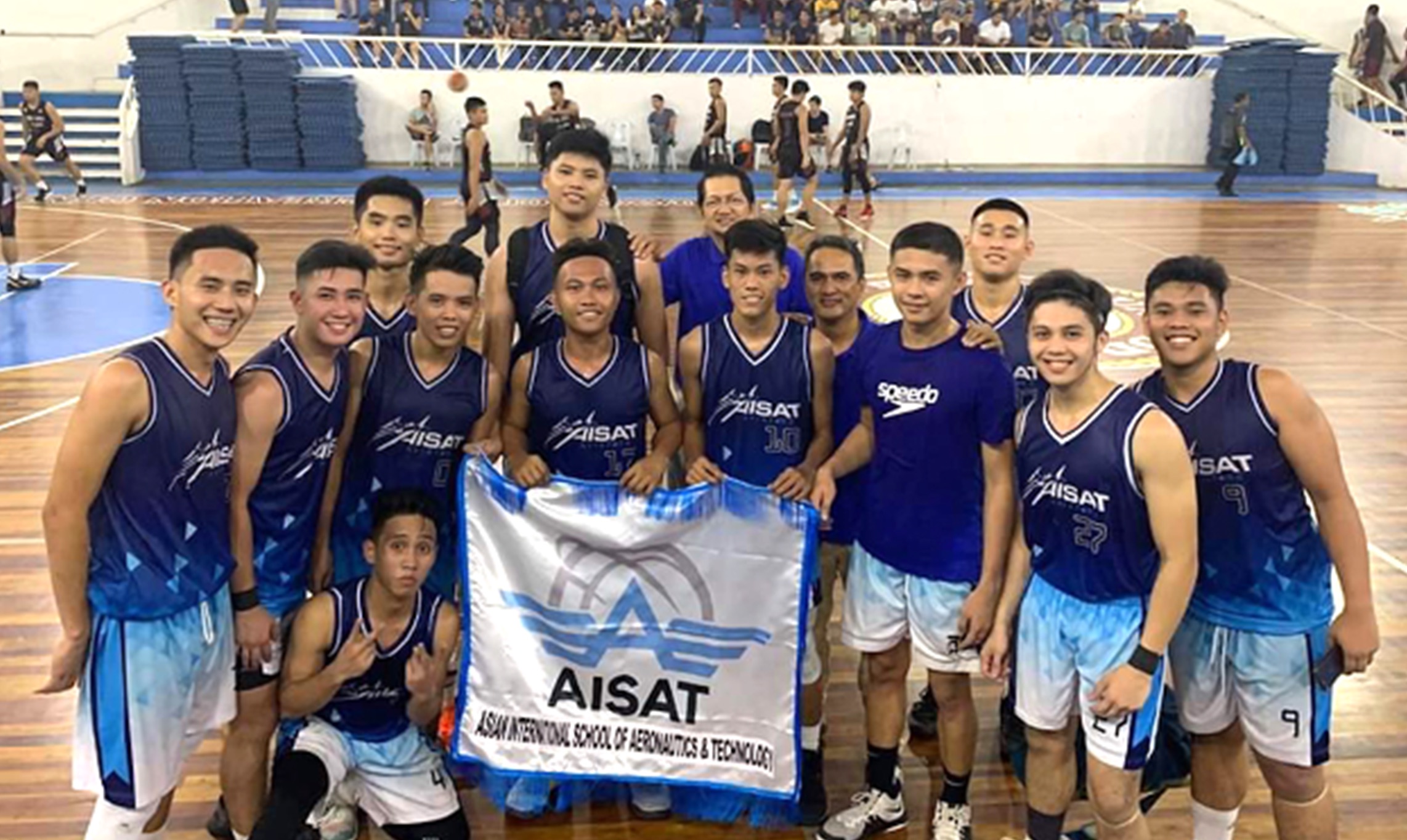 After years of keeping their flames high, students from Asian International School of Aeronautics and Technology (AISAT) was encouraged to have a basketball varsity team. 2019 was a good year for students to show that they were not just skilled academically but were athletically inclined as well. The varsity tryouts started last August 13-16 2019 at Homitori Gymnasium, and was officially announced last August 20, 2019 with the following line-up results for the school year 2019-2020

“Since I joined AISAT basketball, my life went right. I really thought that it would hinder my studies but I improved unexpectedly. I became more motivated and found purpose in schooling as I am doing the thing that I am passionate about,” said Paul Immanuel Into, one of the players. “Due to practices that became my physical routine, from vices to living healthy was evident,” he added when asked about his current lifestyle. Moreover, as part of showing her appreciation to the newly created AISAT team, Ma’am Myra Ann Wee Toe-Hio, the School President,  gave them an inspirational message and ceremonial gifts as they continued to join inter school basketball competitions.

“This is a good move for AISAT because this is the first step in expanding the scope and name of AISAT,” Sir Alwin Sorronda said. “Most school already have one. The AISAT Basketball Team is truly beneficial in a lot ways. It is not just about gaining fame or whatever but as one plays one also learns the value of correct attitude which is significant in the future. Most of the athletes are intellectuals because when they play their brain functions as well. In most of the schools, athletes  are privileged students because they are leaning towards being academically and athletically good. In the long run, we could have achievements  for this team although it might take time since winning does not happen over a night,” he added.