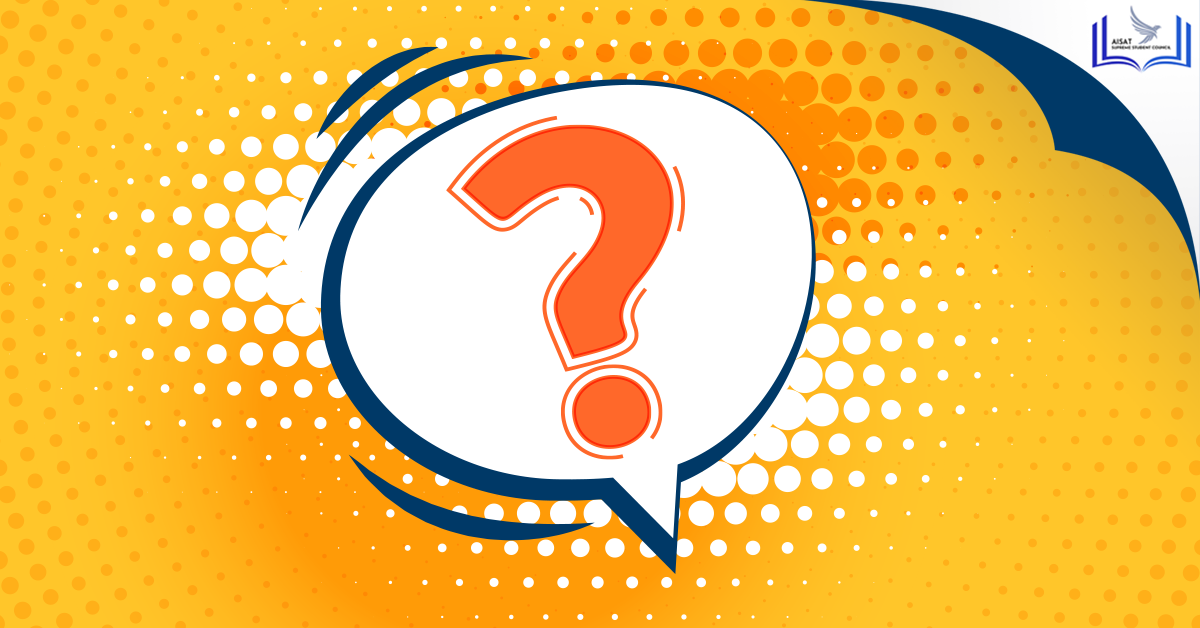 The AISAT Supreme Student Council extends its efforts to serve the student body and be the avenue to address the students’ concerns with regards to the online class. Before the commencement of online classes, an election for this school year’s student council was spearheaded by the Head of Student Affairs, Mr. Dwight Dave Quiño via Zoom. The said election’s primary goal was to anticipate the need for a student council despite the nature of the online class, and it was attended by the candidates running for a position and the former student council officers. During the first few weeks of classes, the elected members of the student council significantly extended their efforts to assist the student body by answering queries, respectfully addressing and directing concerns to the appropriate offices, and disseminating critical information to the students even beyond office hours. With the student council having only nine members and that not all year levels and departments were equally represented, the initiative entitled AISAT Year Level Representative Elections 2020 was launched by the supreme student council guided by the Head of Student Affairs, Mr. Dwight Dave Quino, and fully supported by the School Administrator, Mr. Matty Joey Torres, and School President, Atty. Myra Ann Wee-Toe Hio.

Moreover, our SSC President, Kevin Ayala, also added, as I quote, “The present AISAT Supreme Student Council is indeed nothing lesser than a remarkable batch of student leaders. Since the classes started, for the past months until today, I can say that we fought and finally conquered the battle of adjustments caused by the new normal. With that, we were able to achieve composure, both with respect to our individual duties and also as a team. But what is truly remarkable is that the willingness to work as one was surprisingly the recipe for us to attain healthy chemistry. A selective application that accommodates personal convenience is not our thing. Rest assured the council shall keep extending its hands, continue to relate and involve in quality conversation especially with the students, and lastly, as always, will amplify the voices of those that need to be heard. To the young ones and aspiring future student leaders, we hope and pray that our current footprints will serve as a light in your path someday soon when it is finally your turn”.

Even with the shift of going online, the AISAT Supreme Student Council continues to be of service to the student body to better the institution. Also, look forward to the exciting events that the SSC officers have in store for the AISAT community of administrators, faculty, staff, parents, students, and even alumni!