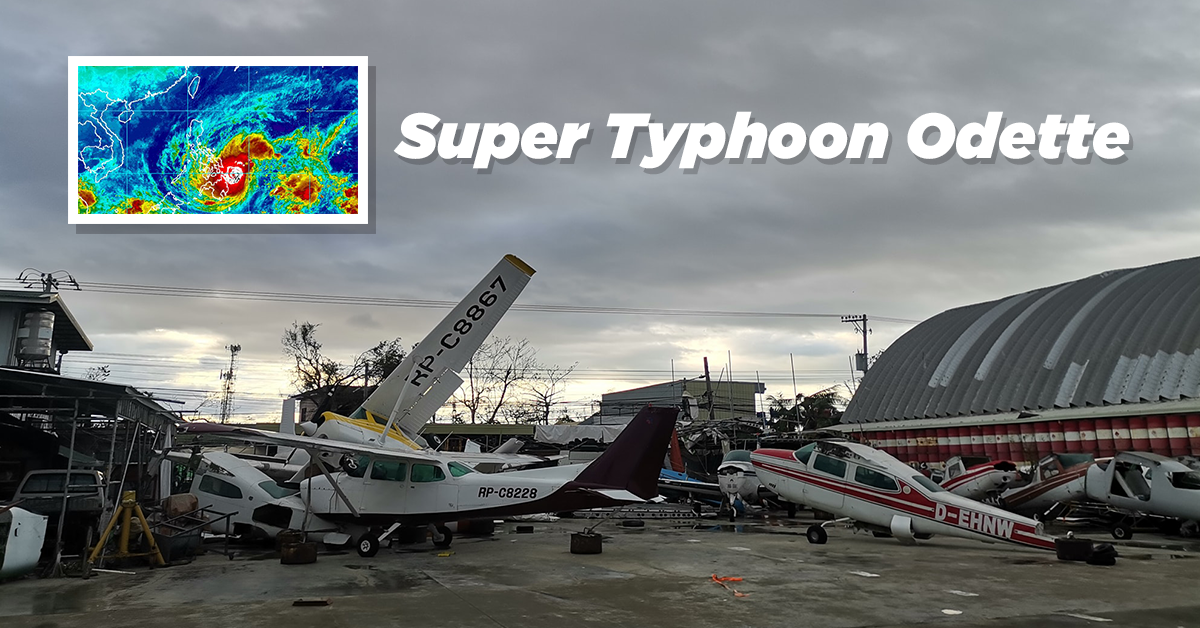 The Philippines is one of the countries located at the Pacific Ring of Fire where tropical storms, earthquakes and other natural phenomena always occur.

PAGASA (Philippine Atmospheric, Geophysical, and Astronomical Services Administration) declared that on December 16, 2021, Thursday, at 1:30 p.m. that tropical cyclone Odette (international name: Rai) had entered the PAR (Philippine Area of Responsibility). The said tropical storm, with the international name Rai, was first spotted 1,645 kilometers east of Mindanao on December 13, 2021. The PAGASA weather specialist later concluded that this tropical storm could intensify into a typhoon before hitting land. It was also mentioned that once it enters PAR, the storm will be named Odette.

Visayas and parts of Mindanao and Luzon area were tasked to prepare for the incoming typhoon as it is still not clear which portions will be affected as said by the PAGASA. Typhoon Odette had sustained winds of 195 kilometers per hour (kph) near its center and gustiness of up to 240 kilometers per hour (kph). Odette’s first landfall was in the vicinity of Siargao Island in Surigao Del Norte province following Cagdianao in the Dinagat Islands, Liloan in Southern Leyte, Padre Burgos in Southern Leyte, the Island Town of President Carlos P. Garcia in Bohol, Bien Unido in Bohol, and Carcar, Cebu. These are just the first eight affected areas in the Philippines, and not all cities are mentioned yet.

As Rai continued to devastate the Philippines with strong, gusty winds and heavy rainfall, the affected areas were at loss due to damaged houses especially the roofs, infrastructure such as schools and government buildings, downed trees that obstructed roadways, and even flooding was present. It was estimated of at least 2 million people are still in need of assistance amongst the 9 million people impacted in some regions.

After the well-known devastating news that scattered in the news and with the help of social media, volunteers tried to help and reach out to the victims. Government Institutions and Private Companies send various help and reliefs in their own way. Military and Navy, such as Philippine Marines, Philippine Navy, AFP (Armed Forces of the Philippines), and many more, selflessly lend their choppers, marine patrol boats, heavy vessels, and their manpower to assist more. Donations are extensive, may it be from simple transactions coming from helpful individuals inside the Philippines up to the International governments that also teamed up to support the victims as they share sympathies and aid. Schools and Barangays around the country also made programs to help repack important necessities.

Not all the volunteers are mentioned in this article, however, they all deserve great gratitude for giving their best and sharing a piece of their hearts to save those who are in need. Hope will not be faded as long as there are people who we can still lean on and that makes us feel safe despite these natural calamities.