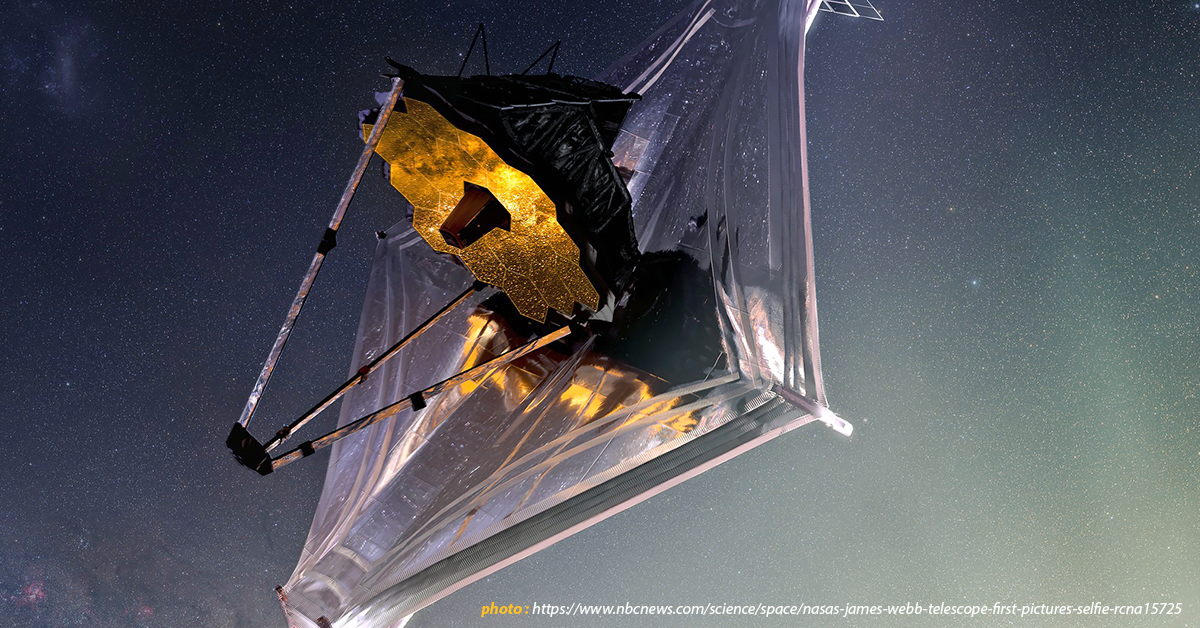 Technology consistently upgrades. Systems constantly undergo expansion. Knowledge continuously breaks barriers. 2021 was a special year for the National Aeronautics and Space Agency, science and space enthusiasts, learners all around the world, the humanity in general. Several milestones have sky-rocketed and broke the unimaginable as newer hopes for humanity that is offered outside this life-blossoming globe unveiled.

Some of the momentous highlight of the year were NASA’s Perseverance rover that rolled out earlier in the said year on the “red planet” having successfully drilled, extracted, and encapsulated its first rock core into a sampling tube. The core is now sealed inside an airtight titanium sample tube and can be retrieved at any time.

The Ingenuity, a Martian helicopter, as the first aircraft to perform a powered, controlled flight on another planet, with more than 30 minutes of total flying time just accomplished.

Parker Solar Probe mission, a NASA’s Living with a Star program that aims to explore the interaction of the “Sun-Earth” systems that has an absolute impact to the different aspects in humanity – life all together. Such project traveled by Venus, giving scientists the first complete look at Venus’ orbital dust ring, detecting a brilliant rim around the edge of the planet that may be nightglow, and discovering natural radio emission.

The Juno probe is having the most vivid coverage of Jupiter’s unusual and colorful atmospheric features that reveal clues about the unknown processes happening beneath its clouds.

The Chandra X-ray Observatory of NASA discovering an evidence of a hypothetical planet passing a star in another galaxy, as well as X-rays from Uranus for the first time.

And the very breathe-taking man-carrying spacecraft, the NASA’s SpaceX Crew-1 mission successful transport of astronauts to and from the International Space Station. Since the Apollo 8, this mission was the first to have a nighttime splashdown for a U.S. crew spacecraft. This mission also involved the first Crew Dragon spacecraft that moved to a spaceport. Bigger and greater than ever!

But these breakthroughs were only just the beginning of another breathe-taking contravention of barriers as NASA have released its ultimate “space-roving lens” that left not just millions, but billions of souls screaming for hope and exhilaration.

“The Premier Observatory of the Next Decade” as tagged by NASA, the James Webb Space Telescope (at times referred to as JWST or simply “Webb”) will serve as an extended observatory of the Earth to the space and beyond that is not covered anymore by the NASA’s Hubble Space Telescope that was launched on 1990. The James Webb Space Telescope is a large infrared telescope having an approximate primary mirror dimension of 6.5 meters. The Hubble Space Telescope successor, the JWST was launched on December 25, 2021, Christmas Day, from French Guiana via the Ariane 5 space rocket. As it performs according to its intended purpose, Webb will be working for thousands of astronomers and scientists around the world through the massive data it will be collecting from the yet to be reached unknown fractions of space – indeed confidently clutching to its “Premier Observatory of the Next Decade” title.

Webb will be covering its widest possible scope in unveiling every single fragment of Universe’s history: from the first luminous glows that happened after the Big Bang up to how solar systems have become an agent of producing life-supporting bodies like Earth. The exploration will even cover on how our very own Solar System situated within the Milky Way Galaxy has evolved through time.

This project was put into the reality table after collaborations were made. The space telescope linked NASA, the European Space Agency (ESA), and the Canadian Space Agency (CSA) to create a sustained in all phases of its implementations. The Goddard Space Flight Center of NASA was tapped to takeover on the management and development effort of all the space telescope’s aspects. Supplying all required highest-grade of equipment was through the Northrop Grumman as the project’s main industrial partner. After the launched was made on December 25, the operation was linked and associated to the Space Telescope Science Institute.

The very complex system of Webb was built to function even on the harshest conditions of space, has been tested to maneuver even on the extremes. Innovative technologies have risen during the developmental phase of this next level space telescope. It was specially intended to Webb that such novelty of technologies will be placed on the said telescope. The 18-piece separate segment that comprise primary mirror that has the ability to do retraction mechanisms and do repositioning to its desired shape is the main feature of this space telescope that will aide in an accurate viewing. The said mirrors are fabricated through an ultra-lightweight beryllium. In order to resist the destructive force of space emissions, sun’s rays, the biggest feature of the space telescope is the five-layer sunshield that is compared to the size of a tennis court that is capable of offsetting heat from the Sun in a whopping protection of more than a million times. Cameras and Spectrometers are also built in the telescope as part of the instruments. The said installations have detectors that even faintest of signals can be detected. The Near Infrared Spectrograph (NIRSpec) installed is designed and programmed with microshutters able to observe 100 objects simultaneously. It also operates over a wavelength range of 0.6 to 5 microns. Aside from the colossal sunshield, a “cryocooler” is built with the mid-infrared detectors for ultra-cooling purposes. Its cooling capacity is specially intended for a Mid-Infrared Instrument (MIRI) which comprised both a camera and a spectrograph that needed to be cooled consistently in a 7 K range for such to work efficiently.

The James Webb Space Telescope has travelled for 29 days in order to reach its designated observing spot, the Lagrange point 2 (L2), which has a distance of nearly 1.6 million kilometers (1 million miles) from the Earth.

January 25, the $10 billion space telescope has reached its final destination, the observing site in the L2 region.

January 28, the Canadian Space Agency has released an announcement to the board about an update with the space telescope. Webb will be starting to turn on its science instruments comprise of the Fine Guidance Sensor that will serve as a guide to the telescope’s mirrors. A delicate alignment process of turning 18 small individual views, that when merged, will be generating a single picture, a single view of the universe.

Up to date, the James Webb Space Telescope is considered to be the largest, most complex, and most powerful space telescope that has successfully launched from the Earth.

Webb travelled for about a month after it undergone a lot of development, a lot of ups and downs in Earth for 25 years. Indeed, humanity never failed to continuously reach and even surpass what is supposedly the “unimaginable”. The Premier Observatory of the Next Decade will be in position on the observing spot for the next 20 years. There it will be unfolding what beyond is in this current day’s understandings.

There are still a lot of secrets that are yet to be discovered. The universe offers tons of unknowns, it is up for the humanity to scale its capacities in continuously reaching and securing answers. It is expected that more developed, more complex technologies will rise, it became man’s routine to do such.

From a transcript of James Webb in a conversation recalled with President John Kennedy and Vice President Lyndon Johnson: “And so far as I’m concerned, I’m not going to run a program that’s just a one-shot program. If you want me to be the administrator, it’s going to be a balanced program that does the job for the country…“. Indeed, exploring and shuffling mind’s eye to an accurate reality must always meet to a balanced phase – striking a balance between human space flight and science.