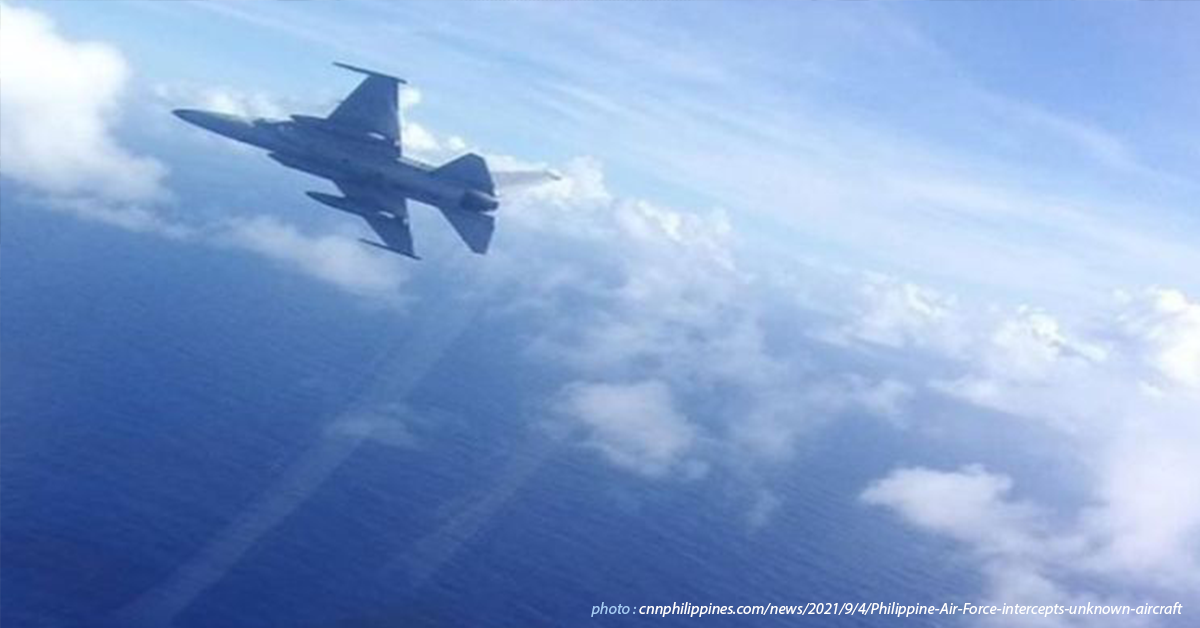 The Civil Aviation Authority of the Philippines (CAAP) classified the aircraft to have an “unknown track of interest.” The Philippine Air Force (PAF) Lt. Col. Maynard Mariano then disseminated a “scramble” order to two FA-50 aircraft to intercept in order to identify the unknown aircraft to subdue it from entering any further. However, the unidentified aircraft changed its course and flew at 400 knots to avoid the oncoming FA-50s. There was no feedback from the aircraft when the PADCC called. The intent of the aircraft still remains a mystery and PAF is still trying to identify the aircraft model.

A scramble order is an order to the standby air force pilots to give an alert to pilots from a foreign aircraft to take hold of, identify and question the pilot’s purpose of violating the airspace.

Another unknown aircraft at Sorsogon At the same date, an unknown aircraft was spotted on  Sta. Magdalena, Sorsogon at 6:15AM. (Photo from Michael Fugnit)

The person who took the photo, Michael Fugnit assumed that the aircraft is a Northrop Grumman RQ-180, however, that aircraft is still in development. Many speculated on what type of aircraft it is. Some assume that it is a Chinese Xian H-20, a stealth bomber plane that is rare as well, but it was said that it may enter service in 2020. It is highly unlikely that it would be having test flights over the country as it has not yet been disclosed to the public. Another educated guess suggested that it could be a Northrop Grumman B-21, an American heavy bomber plane for the United States Air Force (USAF) that is currently being developed. It has the same shape and model design as the picture provided above. It is expected to be in service by 2026-2027 and it could be a practice or test flight.

Lt. Col. Maynard Mariano mentioned that the PAF has no need to contemplate the said aircraft as they might not really be able to know the origin, the model, and the intention of the aircraft but,

“it is good to know that our countrymen are beginning to appreciate the importance of the security of our airspace,” he said.

Over the years, many aircraft that were unidentified with unknown purposes would pass by the Philippine airspace. According to Defense Secretary Delfin Lorenzana, there were 367 aircraft that violated the airspace and only 106 responded when called by the PADCC.

The PAF and CAAP are monitoring the airspace and are always on high alert and ready to intercept in cases of intruders such as this recent incident and are thankful that citizens are looking out for the skies as well. Whether it is a test flight, a spy, or simply an aircraft wanting to challenge the PAF, the FA-50s are always prepared to fly over.