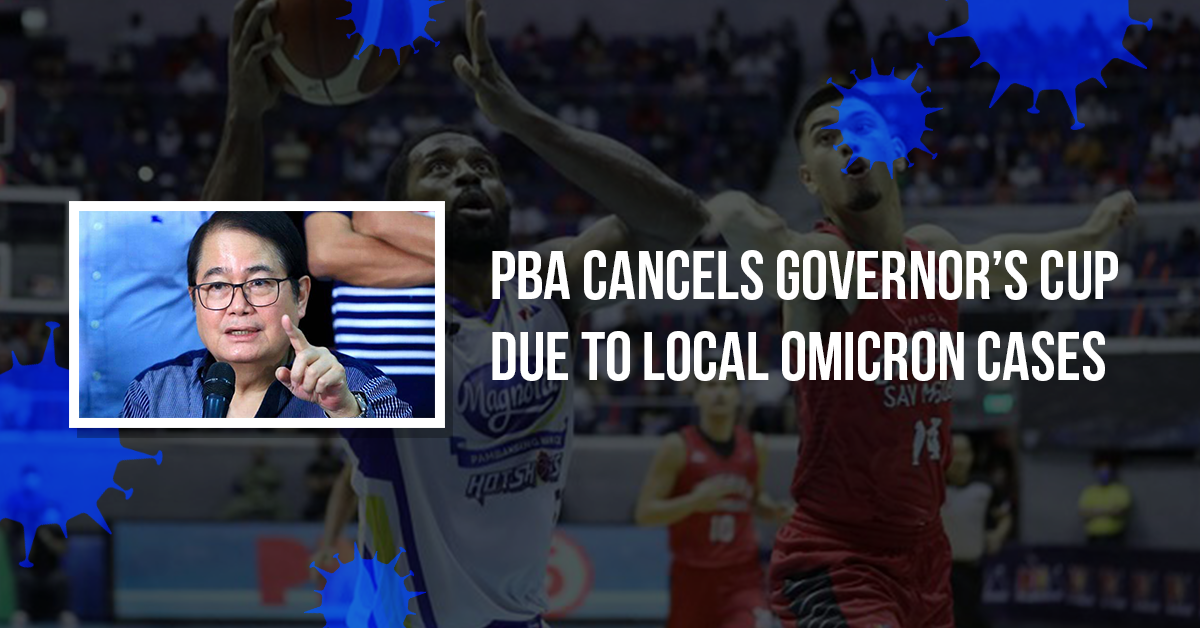 The COVID-19 pandemic and all its different variants in the past year have been making indoor and outdoor sports be in a not-so-thrilling up and down roller coaster ride by having the events and games successfully open and bans lifted, only to be then cancelled in the next month after opening. Then open again, and closed again. The Philippine Basketball Association is no exception. PBA, even in the pandemic has managed to play games and entertain people. It could be remembered that in the early days of the pandemic, the league also adapted from the NBA their version of the Bubble.

Before the pandemic, the last Governors’ cup started on September 20, 2019 and ended on January 17, 2020. This year, January 2022, the Governors’ Cup was cancelled due to the rising cases in Metro Manila where the games take place. This was not an ordinary cancellation because the reason is the deadly Omicron variant that’s more transmissible compared to the variants that existed before. This has caused the PBA to shut down temporarily.

Unlike the Philippine Cup, the Commissioners’ Cup and the Governors’ Cup are conferences where imports are allowed to play in teams of the PBA. Because of this, team owners were hesitant to expose their players especially foreigners, since they are paid in dollars. It could be remembered that last December 2021, in the Christmas games, the PBA was able to accommodate at least 5,000 people inside Araneta Coliseum. This was the most number of audiences since the pandemic started on 2020.

Willie Marcial, PBA Commissioner, said in the online forum of Philippine Sportswriters Association that the plans for the league are uncertain. There is a crossroads whether to continue the games or not. However, he assured that he would meet up with the governors and discuss the matters as they are. The Inter-Agency Task Force, the government agency responsible for the sanctioning of the banning and lifting of events and games is already informed of the situation, as recommended by the Games and Amusements Board.

Location-wise, there are other available sports arenas where the PBA games could be held. There is the Ynares Sports Arena in Pasig who actually offered if the PBA wishes to. There is also the availability of many domes, gymnasiums, and coliseums throughout the country as long as protocols are followed- and give or take, if the IATF allows it.

This is just the first league cancellation for this year. Who’s to say that maybe next month, all things will be back to normal- or the opposite. Things could take the turn for the best, or for the worst. It is very important to think about the things that will happen in the coming months. There are so many things to consider: the government, the team owners, the league, the association, the players, and of course the fans and audiences. Let’s just hope that this pandemic will not drag on as long as it was expected because it really is fun to have sports endeavours in our lives.