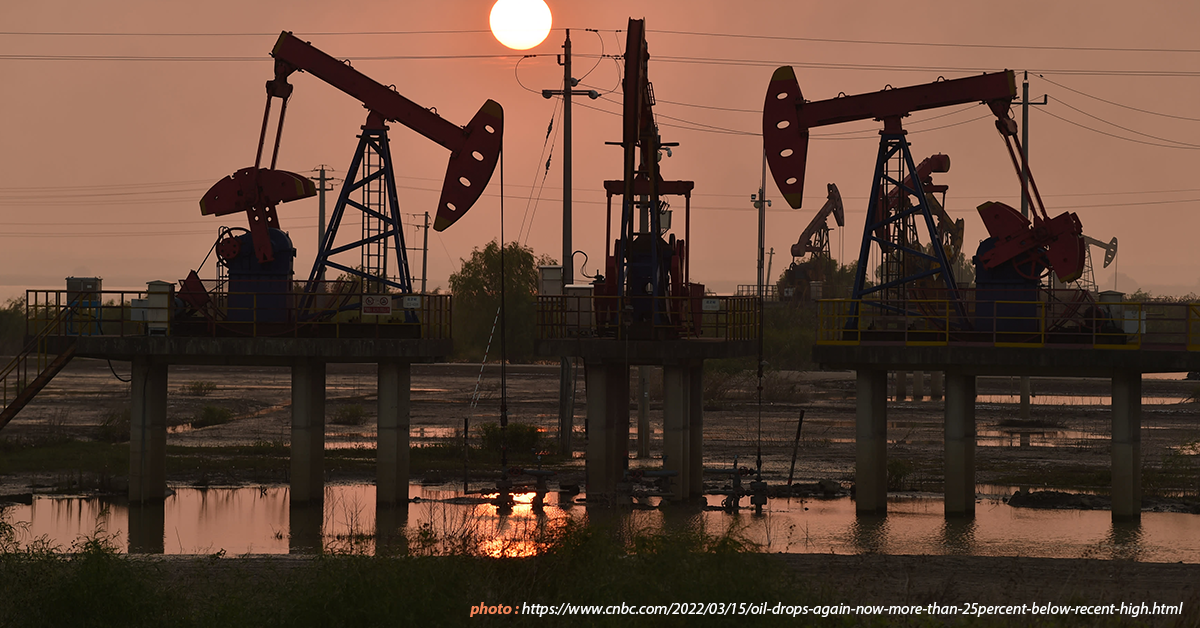 Local gasoline and other petroleum goods prices are increasing at an unprecedented rate, and the Department of Energy (DOE) has advised customers to brace for even greater price hike. Motorists will now pay P31 more for a liter of diesel, P20 more for a liter of gasoline, and P25 more for a liter of kerosene, compared to last year. LPG prices also increased by P7.95 per kilo.

According to the Department of Energy (DOE), the increase in global oil prices was precipitated by the Ukraine war. On March 15, the Philippines saw its first double-digit spike in gasoline prices. Diesel prices increased by 13.15 pesos per liter, while gasoline prices increased by 7.10 pesos. The cost of the two fuels has increased by 30.65 pesos and 20.35 pesos, respectively, over an 11-week period. Petron and Caltex, two major oil companies, dropped diesel prices by 11.45 pesos and gasoline prices by 5.45 pesos on March 29 – lesser reductions than the most recent spike. This results in a net rise of 19.2 pesos and 14.9 pesos since January.

Alfonso Cusi, the DOE’s secretary, stated that the surge in worldwide costs was beyond the country’s control and asked residents to “observe energy efficiency and conservation measures in this vital era.”

Jeepney drivers have been losing P8,400 per month due to oil price surge since January — months before the Russia-Ukraine conflict erupted, a transport association said on Monday, as it urged President Rodrigo Duterte to suspend the oil tax and rein in spiraling inflation in other commodities. If this week’s price rises take effect, drivers would continue to lose P362 per day to meet gasoline costs, according to Mody Floranda, head of the transport organization Piston. Other sectors, such as farmers and fishermen, voiced worry that the continuous increasing rate will exacerbate hunger and food insecurity across the country.

Food prices have begun to rise as resellers pass on the increased costs to consumers as a result of the continuous increases in the price of petroleum goods as a result of a worldwide supply shortfall. The constant rise in oil costs has an “unfavorable” domino effect, particularly on essential commodities and services––which is one of the reasons why the poor have historically been the worst hurt by rising oil prices. While the administration claims that the impact of the increase in oil prices on the pricing of essential services and goods will be noticed only after three months, history shows that a spike in prices has always disproportionately affected the poor.

The European Union contemplated a ban on Russian oil and gas imports once more last month, driving prices upward. The union, which imports 40% of its gas and more than a quarter of its oil from Russia, remains divided on such a boycott. The government of the Philippines has begun issuing gasoline coupons to drivers of public utility vehicles. Poor households would receive just P200 each month.

In the Philippines, oil prices have increased 13 times this year, approximately to P18.3 a liter for gasoline, P27.85 for diesel, and P25.75 for kerosene as price varies in different stations depending on World Market Trends.