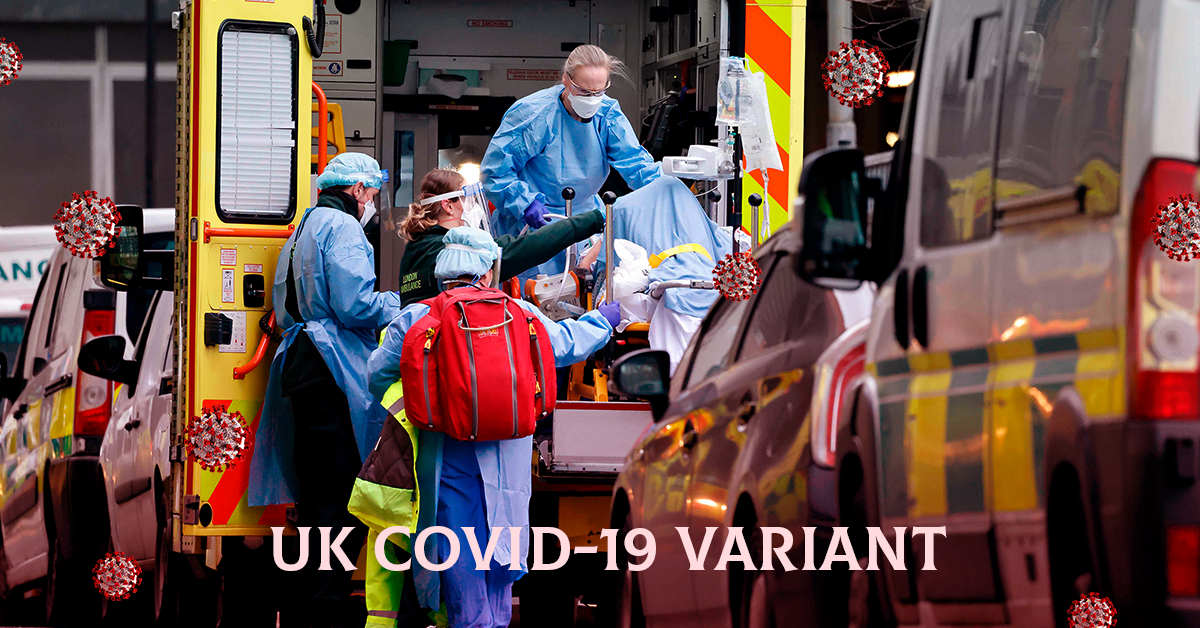 COVID-19 or Coronavirus has been plaguing the world since December of 2019 and recently, just a couple of months before New Year’s Eve – a new COVID-19 variant has been discovered in the United Kingdom. According to the Centers for Disease Control and Prevention (CDC), viruses are able to mutate and new variants of it are expected. This new UK variant called B.1.1.7 SARS-CoV-2 spreads more easily and quickly, however, it is not deadly as the old COVID variants. It was first detected in September of 2020 and it has affected a lot of people in the UK. This new variant has now spread to other countries, especially in the Philippines.

According to DOH, the new variant was detected after an OFW returned to the country from the United Arab Emirates on January 7, 2021. The flight was Emirates Flight No. EK 332 and the passengers that were with them have been told to get in touch with their barangay health officials. Travelers’ samples who are COVID-19 positive will be given to the Philippine Genome Center to observe any new variants of the virus. On January 22, 2021, sixteen additional cases of Covid-19 UK variant were detected in the Philippines making the total active cases to 17. Three people have already recovered, ten have mild symptoms and three are asymptomatic, the DOH reported. 12 of these cases were from Bontoc, Mountain Province and 34 of their close contacts tested positive while six of them tested negative for the new strain. 144 close contacts have been identified and 116 of them have been tested. Tocucan, Bontoc Ili, Caluttit, Poblacion and Samoki are the five barangays that are currently on lockdown and follow a strict quarantine. A Filipina OFW in Hong Kong contracted the new variant. All of her close contacts in Cagayan and Metro Manila tested positive for COVID-19 but not of the UK variant.  DOH Secretary Maria Vergeire announced that the case is closed because of the close contacts not having any trace of the UK variant. It is however unclear whether the OFW contracted the B.1.1.7 in Hong Kong or in the Philippines.

The Philippines has now banned all flights from the UK since December 24, 2020. Still, OFWs are able to return home but they are required to complete the 14-day quarantine. Presidential Spokesperson Harry Roque announced on Friday (January 29) that the Philippines will relax travel bans on countries with the Covid-19 UK variant. People allowed to enter the country are those with work visas or with Filipino spouses, nevertheless, tourists remain banned. Last year, people were barred to enter the Philippines because of that but now, they decided to allow them to enter with a few exceptions. The list of countries that are infected with the UK variant are the USA, Japan, China, Australia, and more than 30 countries. They are now allowed to enter the country with the right requirements and proper health protocols.