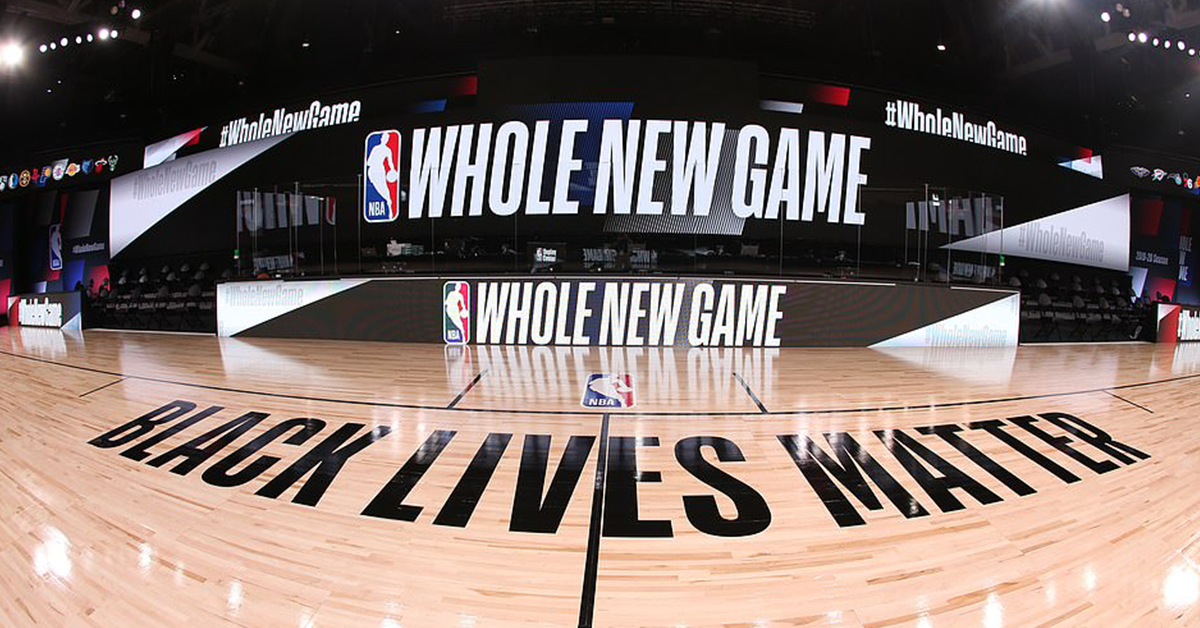 Basketball has always been a game of offense and defense. From stories of champions and celebrations to frustrations and underdogs— the game has always been spectacular. It has always been a platform for people to be seen and be heard. Facing the threat of COVID-19, the National Basketball Association (NBA) decided to shut down last March 11, 2020, for a few months only to come back stronger not only to fight the pandemic but also with the message condemning inequality, oppression, and racial discrimination. All that boils down to that famous campaign entitled: “Black Lives Matter”.

In the city of Orlando, the NBA Bubble is situated exactly at Walt Disney World in Bay Lake, Florida where the last eight games of the 2019-2020 regular season were played on July 30, 2020, after a meeting last June 04, 2020, of the NBA governors deciding on a format for the game to be played in an event like this pandemic after the temporary suspension of games.

The teams that reached the 2020 playoffs starting from the first seed to the last on the Western Conference were the Los Angeles Lakers followed by a team from the same city, Los Angeles Clippers. Denver Nuggets on the third seed followed by the Houston Rockets on the fourth and the Oklahoma City Thunder on the fifth. The last three seeds of the West Conference were really coveted since the bottom teams had a close standing with each other. Ultimately, the Utah Jazz, Dallas Mavericks, and Portland Trailblazers took the last three spots to proceed to the playoffs. In the Eastern Conference, the dominant Milwaukee Bucks took the first seed while last year’s champions, the Toronto Raptors took the second spot. Consequently, the Boston Celtics and Indiana Pacers took the third and fourth spot followed by the Miami Heat at fifth and the Philadelphia 76ers at sixth. The last two seeds were then filled in by the Brooklyn Nets at the seventh and the home team, the Orlando Magic at the eighth seed. The games were played differently this time since there were no physical audiences in the Bubble but the NBA made sure that the environment still sounds like a regular and normal game by adding noises and special sound effects in every game played. They even had fans show their faces live stream and project it on the bleachers.

One very noticeable detail in the resumption of the NBA games was what’s written on every player’s jersey. Instead of their usual last name, the NBA decided to campaign against racism, social injustice, and inequality by replacing their names with words like Justice; Peace; Equality; Freedom; Enough; I Can’t Breathe (which referred to George Floyd’s final words); I Am A Man; Speak Up; How Many More; and of course, Black Lives Matter— among others. Even the basketball court where every game was played was filled with similar statements urging everybody to do the same. It is impossible to miss the details.

Superstars Lebron James of the Los Angeles Lakers and Kyrie Irving of the Brooklyn Nets who were once teammates had a different stand on the issue of Social Justice. Irving was opposed to the idea of the resumption of the NBA saying that if the game resumes, it would only be a distraction to the issue at hand. He was able to convince a total of 80 players from NBA and WNBA with the help of the National Basketball Players Association (NBPA) where Irving is also the Vice-President. On the other hand, Lebron James said that if the games will resume, it would be a better platform to send a message condemning the issues of racial injustice towards African-American people— which was what the NBA now is following. Even with this fight against these issues, another incident almost ended the NBA season when another African- American man named Jacob Blake was shot down in Kenosha which was a suburb in Milwaukee. This incident led Lebron James and MVP Giannis Antetokounmpo to boycott some games that were scheduled on August 26-29, 2020. They did it as a form of protest against these injustices. Fortunately, the remaining games resumed on August 29, 2020, up to this day.

Currently, the playoffs are now in its final stages. The best teams of both conferences are now facing each other in the NBA Finals. Earlier, the Miami Heat lost to Los Angeles Lakers in Game 1 of the NBA Finals. Stay tuned for updates on the game.