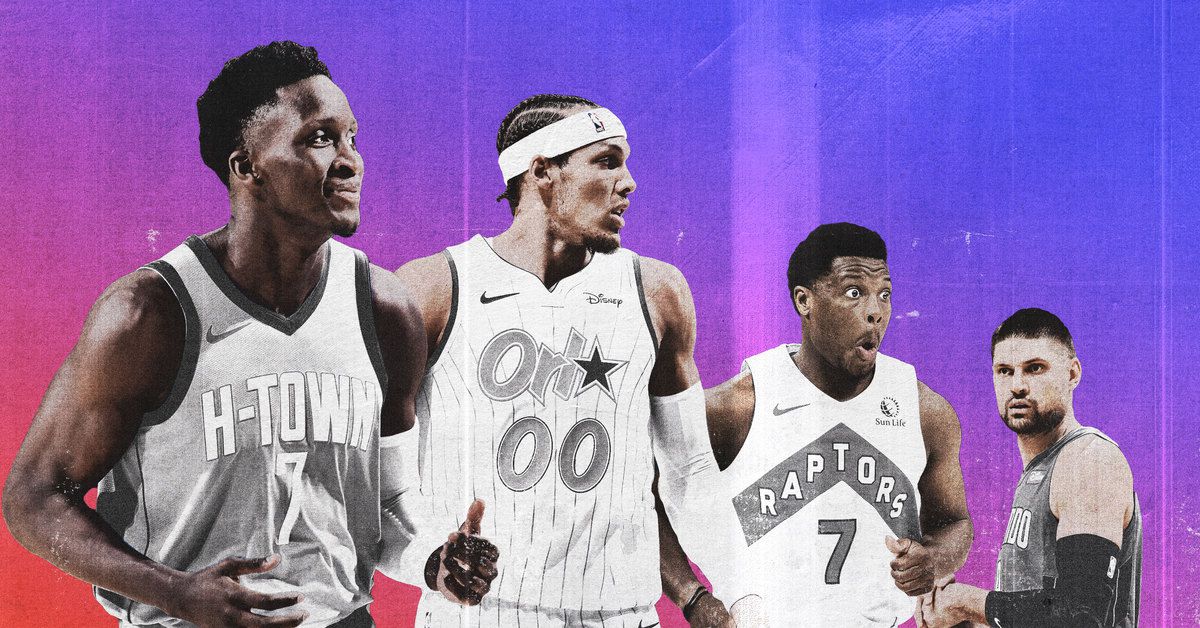 Photo from: The Ringer

The NBA is once again open in player trades in the mid-season. A lot of teams have either let go of their best players, acquired good players, and tanked. Trading players has never been easy for the team, the city, and especially the fanfare. For some, it is quite heart-breaking considering that they have placed a lot of trust and commitment to the players that they root for. In the past, LeBron James, Kevin Durant, and a lot of other dominant basketball players have received flak for getting traded- whether it is a personal decision- or the organization’s decision- fans have given them a hard time when they are on their home court.

Starting off the list is Nikola Vucevic and Al-Farouq Aminu from Orlando Magic getting traded to the Chicago Bulls for Wendell Carter Jr., Otto Porter Jr., and two future round picks. Many consider this as a win for the Bulls. They really need a legit big man like Vucevic who can do both ends of the defense and offense. Next, we have Norman Powell from the Toronto Raptors getting traded to the Portland Trailblazers for Gary Trent Jr. and Rodney Hood. This was a fair deal for both teams but Norman Powell seems to think that he was not wanted by the front office and the team of the Raptors thus, the trade. This was followed by a three-team trade led by George Hill and Ignas Brazdeikis getting traded to the Philadephia 76ers in exchange for Terrance Ferguson, Vincent Poirier, Rights to Emir Prldzic, a 2021 second-round pick, and the 2024 second-round pick of the NBA Draft. In this three-team trade, the Oklahoma City Thunder gets Austin Rivers and Tony Bradley plus 2025 and 2026 second-round picks from the Philadephia 76ers. The Heat also acquired a Power Forward in the person of Nemanja Bjelica from the Kings in exchange for Moe Harkless and Chris Silva. Another acquisition is the Sacramento Kings trade with Delon Wright for Cory Joseph and 2021 and 2024 second-round pick. The San Antonio Spurs also received a Warrior, Marquese Chriss in exchange for draft rights to Cady Lalanne.

Now, for the major team trades, we start with the reacquisition of three-time NBA Champion Javale McGee to the Denver Nuggets in exchange for Isaiah Hartenstein and two future second-round picks. The Los Angeles Clippers have finally decided to trade three-time sixth man of the year, Lou Williams to the Atlanta Hawks in exchange for Rajon Rondo. The Magic did not only let go of Nikola Vucevic. They also let go of Evan Fournier which was traded to the Boston Celtics in exchange for Jeff Teague which was waived shortly afterward and two future second-round picks. The Houston Rockets, regardless of their current performance as a team, have also traded All-Star Victor Oladipo to the Heat and in turn, get Kelly Olynyk, Avery Bradley, and a 2022 draft pick swap. Lastly, in the Magic and Nuggets trade, Gary Harris, RJ Hampton, and future first-round picks were traded for Aaron Gordon and Gary Clark.  This was considered as a win for the Nuggets.

With all these trades coming up, surely, the NBA has increased and decreased the odds of each team winning the title as the season continues to showcase a lot of players and teams struggling and wanting to win the championship so badly. Stay tuned for more NBA news.