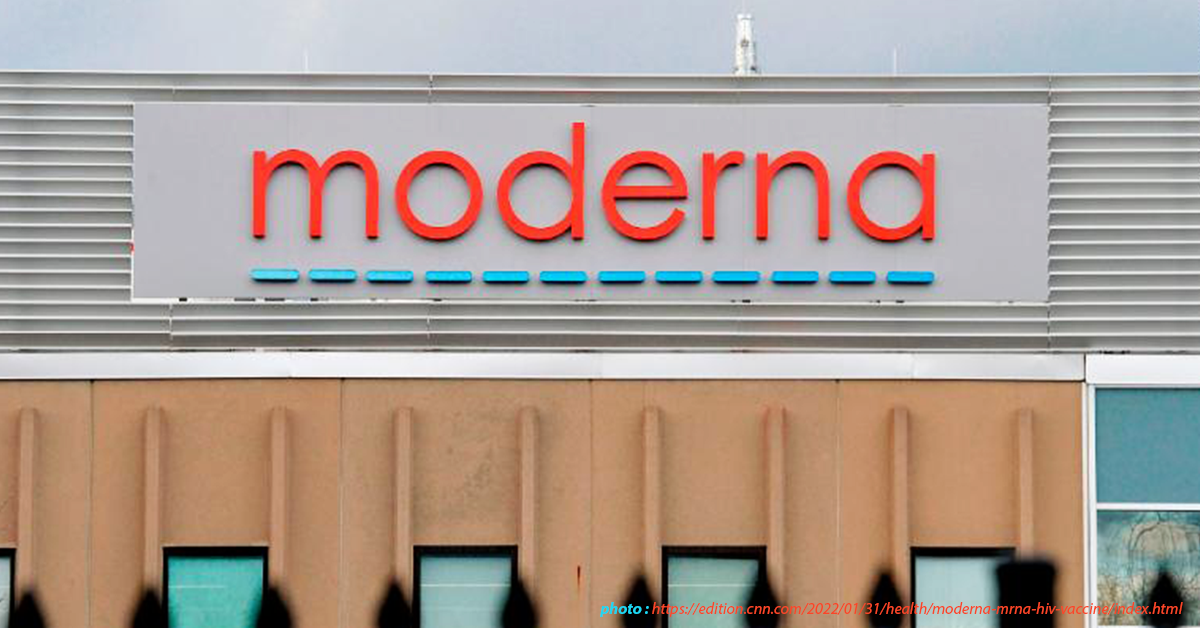 The biotech company, Moderna along with International AIDS Vaccine Initiative (IAVI), a non-profit scientific research organization has been in partnership with each other to develop mRNA-1644 and mRNA-1644v2-Core and conduct clinical trials for the HIV mRNA vaccine phase 1 trial. The vaccine was developed by IAVI and Scripps Research with the same technology that was used to create the Moderna Covid-19 vaccine which was supported by Bill & Melinda Gates Foundation, the Center for HIV/AIDS Vaccine Immunology and Immunogen Discovery (CHAVI-ID), National Institute of Allergy and Infectious Diseases (NIAID) and Moderna.

“We are tremendously excited to be advancing this new direction in HIV vaccine design with Moderna’s mRNA platform. The search for an HIV vaccine has been long and challenging, and having new tools in terms of immunogens and platforms could be the key to making rapid progress toward an urgently needed, effective HIV vaccine,“

On January 27, 2022, Moderna announced that the first participants of this research had been given doses in George Washington University (GWU). The result of this vaccine is to boost immunogens that would trigger immune cells to respond and recognize HIV cells. The vaccine was initially developed by William Chief, Ph.D., professor and immunologist at Scripps Research and colleagues.

GWU School of Medicine and Health Sciences at Washington, DC, Hope Clinic of Emory Vaccine Center in Atlanta, Fred Hutchinson Cancer Research Center and the University of Texas-Health Science Center will be the four sites in which the clinical trials will be conducted. There will be 56 adult volunteers who are HIV-negative which will then be monitored for 6 months. 46 of them will be administered with mRNA-1644 and 32 of them will be given a booster shot of mRNA-1644v2-Core and an additional 8 volunteers will receive the boost immunogen.

“We at GWU School of Medicine and Health Sciences are pleased to be part of this endeavor that aims to induce the next step of B-cell maturation toward the goal of generating antibodies that can neutralize a broad range of HIV variants. Further immunogens will be needed to guide the immune system on this path, but this prime-boost combination could be the first key element of an eventual HIV immunization regimen,” says the lead investigator at GWU, David Diemert, M.D.

In 2020, approximately 37.7 million people have HIV across the world and 84% of people know their status. 1.5 million individuals have been infected with HIV and  680 thousand have died in AIDS related illness in 2020. It can be transmitted through sexual intercourse, sharing of needles, from mother and child during pregnancy, birth or breastfeeding. Today, HIV can be managed with treatments and pills. The treatment for people with HIV is called antiretroviral therapy (ART). It lowers the viral load of HIV until it is non-transmissible to an HIV-negative person. Despite the amount of research and technology that was being poured into studying HIV/AIDS, there is still no known cure.