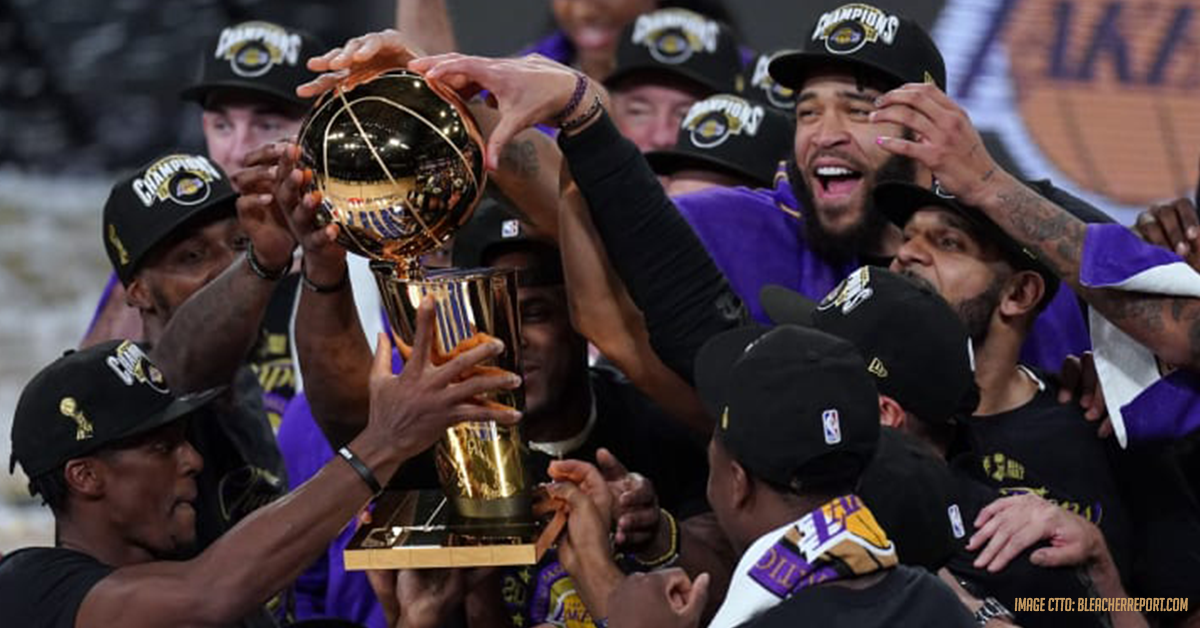 Los Angeles— otherwise known as The City of Angels, bagged not only one, but two championships this year— all this in the midst of a pandemic. This city in California is proud to produce champions not only from the sport of basketball but also in other ball games. The teams that represented L.A. on the big stage are the Los Angeles Lakers from the National Basketball Association (NBA) and the Los Angeles Dodgers of the Major League Baseball (MLB).

First off is the basketball team of the Los Angeles Lakers led by all-stars Lebron James in his 17th season and Anthony Davis in his 8th. As the Western Conference champions, the organization fought and contended against the Miami Heat who were the winners of the opposing conference. After a grueling series of wins and losses, the Los Angeles Lakers emerged victorious in Game 6 of the NBA Finals. The Most Valuable Player (MVP) is Anthony Davis who managed to score and help Lebron James and the rest of the gang carry the team to victory. A notable mention in this game series is Jimmy Butler of the Miami Heat who managed to bring and carry his team to the Finals despite being only the 5th seed in the Eastern Conference and having a 0% chance of actually winning the championship during the start of the season. Both teams were applauded and eventually, the Lakers brought home the win. That ended the season in the Bubble in Orlando.

The NBA is targeting the 2021 regular season resumption by December 22, 2020. However, sources from The Athletic confirm that the season will start on January 18, 2021. A 72-game campaign is being pushed. 2021 is an exciting year for the NBA indeed.

In other sports, the Los Angeles baseball team also won the World Series 2020 championship for the first time in 32 years. The Los Angeles Dodgers, like the Los Angeles Lakers, closed the game series after six games against the Tampa Bay Rays with a commanding 4-2 standing. Mookie Betts, who is a four-time all-star, led the team to their championship alongside the hailed Finals MVP, Corey Seager who dominated the post-season in major league history. Betts showed his athleticism and reach with spectacular snags and catches. His stunts made him the Social Media star of the World Series. Indeed, the city of Los Angeles boasts athletes with the fighting spirit of champions.

NBA Hall of Famer Magic Johnson is not left out of this discussion. As a Los Angeles Lakers player with championships, his championship trophy collection did not stop there. Alongside his company, Johnson Enterprises, he owns the Los Angeles Sparks of the WNBA and the Los Angeles Dodgers of the MLB, who just won the World Series.

Sports will stay resilient as its players, pandemic or not, sports are here to stay.

“In a year we all thought we wanted to forget, the Lakers give us something to remember forever.”