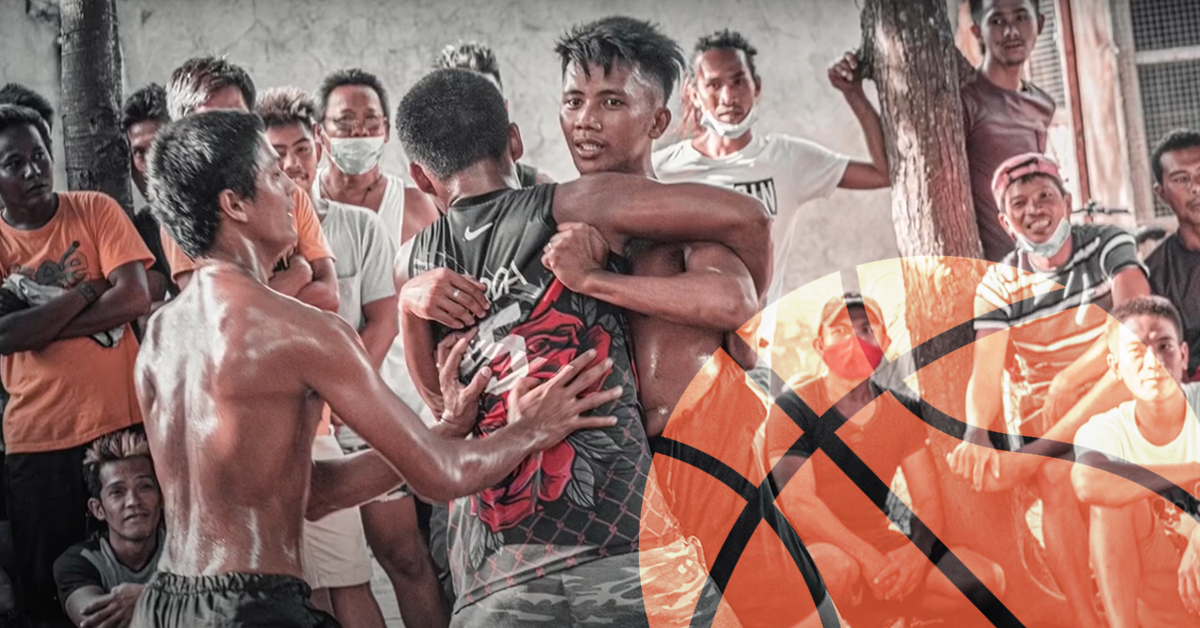 Basketball is every Filipino’s sport- there is no doubt about that. Around the world, Filipinos are known to be basketball lovers, enthusiasts, and fanatics. Even in a pandemic with a lot of guidelines prohibiting people from playing the much-loved sport, Filipinos still find a way to enjoy the game. Recently, videos of people playing basketball brawls locally have surfaced online. They are called LARJ 3X3 Basketball Mindanao, as their YouTube page name suggests.

LARJ 3X3 is composed of a four-man team with three main players and a substitute. These players may be comprised of anybody their coach chooses from their own roster. They are led by Coach Tata who arranges and organizes the brawls. They move from one city to another in Mindanao- even going to far-flung areas in the southernmost region of the Philippines. Take note that the word ‘brawl’ is used in the description of their basketball fights and games. This is primarily because of the unique way these ball games go. As people describe it, it is simply ‘’Mixed -Martial Arts with a little Basketball.” You can just imagine how harsh and hard these ball games are. Groping, wrestling, grappling, and hard-fouling are just common sights in every fight that they have. When you really think about it, if this was in a professional league, these players have already been fined with a lot of penalties for Flagrant 1 and 2 offenses. On their YouTube channel, the only description they have is that they are Street Ballers. In the Philippines, ‘street’ balls are usually held on basketball courts with bare soil and a substandard board and ring where the height isn’t even the standard 12 ft. There are rare instances where matches are played on concrete basketball courts and sometimes gymnasiums. Regardless of the terrain of the setting, LARJ 3X3 never surrenders. They have won and lost a lot of battles. They have been to a lot of Barangays in Davao City and then scoured Digos, Surallah, Maguindanao, Sarangani, Sta. Cruz, Tacurong, and General Santos City. It is clear and evident that they will not stop anytime soon. Talk about 3X3 basketball domination.

On the concern of physical social distancing, it is obvious that protocols are violated. There are audiences and spectators not following the prescribed and required distance from each other. The same goes with the players since basketball is a close-contact sport. People watching these videos tend to ask if they are even swabbed and tested for COVID- 19 prior to the games and/or even vaccinated since the cases in Mindanao are still rising rapidly. Basketball fans only hope that the players, organizers, coaches, and spectators are safe during the matches.

You may find their videos here by clicking this link: https://www.youtube.com/channel/UCXg9E601rVGrsClLUaqmtvw/videos

Basketball will always be an all-time favorite sport regardless of race, religion, country, nationality, skin color, and sexual orientation. The NBA Playoffs have just started and teams are already gearing for a chance at winning the conference championship to eventually face their future opponents in the NBA Finals.