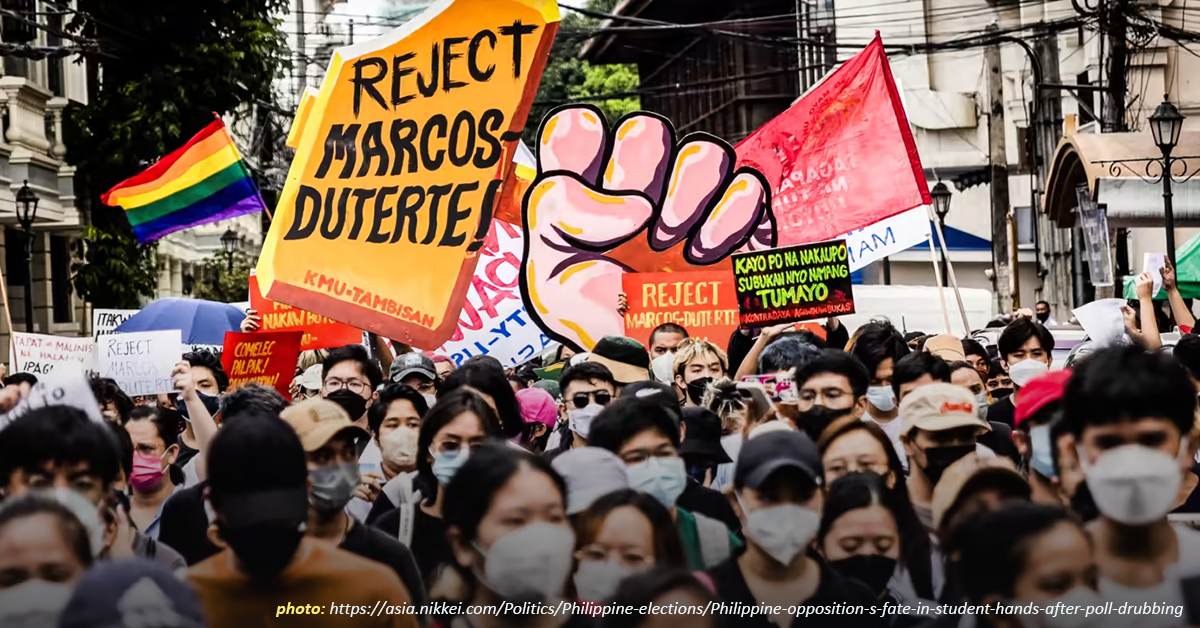 Recently in March, many cities including Davao City have been placed under the Alert Level 1 category. With approximately 70.2% of the population of the Philippines vaccinated against COVID-19, life is starting to transition back to normal. There are less restrictions indoors and outdoors such as malls and businesses fully opening, more schools planning for face-to-face classes, and more public events being held such as the Nihon Culture and Cosplay Convention, that was held in NCCC Mall Buhangin during May 7 and 8. Events like these include birthdays, weddings, and reunions. Even concert and music festivals events have returned. According to Franchesca Judine Basbas from BandWagon Asia, the country has essentially opened their venues for local and even international artists and bands. Kpop Idols – KEY of SHINee, ALICE, WEi and NCT Dream are set to perform on May 29 at the Smart Araneta Coliseum. Filipino bands and artists such as Ben&Ben, Unique Salonga, Arthur Nery, December Avenue and more have been scheduled to perform on June 10 and 11 at the Clark Global City Pampanga. There is also an upcoming Filipino Music Festival called Tugatog to be held on July 15 at the SM Mall of Asia Arena. These are only a handful of the events that will be allowed observing proper health protocols. In addition to these, before the upcoming elections in May, the political candidates had been preparing events for their campaigns such as rallies and the Miting de Avance (MDA).

Last year from a DILG article in December, political rallies were prohibited because of the threat of the Omicron Variant at the time. Secretary Eduardo M. Año in the Department of the Interior and Local Government (DILG) had to remind the political parties, organizations and supporters about this. Special gatherings (depending on the venue’s operational capacity), caravans, or motorcades may be allowed as long as Minimum Public Health Standards (MPHS) will be observed. These rallies were to be discouraged until the actual campaign period which was officially set to start on February 8 for national posts and March 25 for local elective positions.

In March of this year, the Philippine Information Agency discussed the Department of Health’s (DOH) reminder to the campaign rally participants the importance of following the MPHS, such as, avoiding the removal of masks, and vaccination for those attending amidst the big events and mass gathering. Weak compliance could carry the potential risk of another outbreak in cases, considering areas with lower vaccination rates. Those who are vulnerable, such as, unvaccinated individuals or senior citizens, are advised to avoid joining as a risk for their safety. Manila Bulletin similarly emphasizes on the reminder to enforce MPHS. Año calls the LGUs to strictly enforce the COMELEC resolution 10732. Here, it sets guidelines and rules for conducting campaign activities with the IATF’s health protocols. Barangay officials and the Philippine National Police (PNP) are ordered to make sure the protocols are followed as they will be the ones to enforce whether violators can be warned and/or arrested.

Each of the political candidates had their rallies in different areas of the country and across the 7,000+ islands to try and spread awareness and encourage voters for their campaign. From Yahoo news, one of the presidential candidates, Ka Leody de Guzman, had his Miting de Avance on May 3 in Quezon Memorial Circle. He had guests like Roy Cabongero, Bong Labog, David D’Angelo, Teddy Baguilat, and Luke Espiritu. There was no official count for the attendees. Other guests, such as Neri Colmenares and Leila de Lima sent a virtual message for the candidate and crowd. Panfilo Lacson and Tito Sotto had their simple MDA at Carmona town. Around 50,000 attended and took part in the “silent revolution” on Election Day. Isko Moreno had his Miting de Avance at home court Tondo, Manila. There were at least 50,000 attending and he is said to have used the event as a chance to criticize fellow candidates such as Marcos Jr. and Robredo. Manny Pacquio held his MDA at the Oval Plaza in General Santos City. There is no figure for the number of people who attended but it is said to be better than his previous ones. Pacquiao’s family members attended the event such as Sarangani Gubernatorial candidate Ruel Pacquiao, members of the Gutierrez family, and others.

Two of the more well-known presidential candidates were Leni Robredo and Bongbong Marcos. Marcos had his MDA in Solaire Resort and Casino Manila. It was in Parañaque City where he went to spread his message of “Unity” from Uniteam along with Vice Presidential candidate Sara Duturte. The event ended at 11:30pm with fireworks. Vice President, at the time, Leni Robredo’s MDA was held in Makita Ave. cor. Ayala Ave. After the speech of Vice Presidential candidate Kiko Pangilinan, his three daughters introduced Robredo. The crowd is diverse of different sectors and the event was attended by different artists like Vice Ganda, Angel Locsin, and others. For both Robredo and Marcos’ MDAs, there were at least 1 million people attending.

Huge crowds are seen repeatedly for the candidates’ campaign period according to an article from the Diplomat. For instance, attendees were behaved at first at an event at the Boracay Island with Leni Robredo but as soon as the event had ended, crowds fought their way to get close to the candidate. Dr. Albert Domingo, who is a public health consultant and health systems specialist. He was concerned for the amount of cheering, the amount of people pulling down their masks, and the lack of social distancing of the crowd. After all, a month before the campaign period, a record-breaking surge of the infectious Omicron variant was welcomed into the country causing hospitals to be overwhelmed, testing laboratories packed and lack of medicines in pharmacies. The positivity rate was the highest since the pandemic began with cases reaching as much as 39,000 with a positivity rate of 47%. It is understandable that events like these will cause concern.

Fortunately, cases apparently began to drop in February as the campaign period began and the elections must go on as good governance is said to be the best solution to the COVID problem. Nearly everyone was hyped for this year’s election and campaign activities. With most cities being under Alert Level 1 and cases very low, we must still hope for the best that everyone will continue to remain safe and healthy throughout this period.