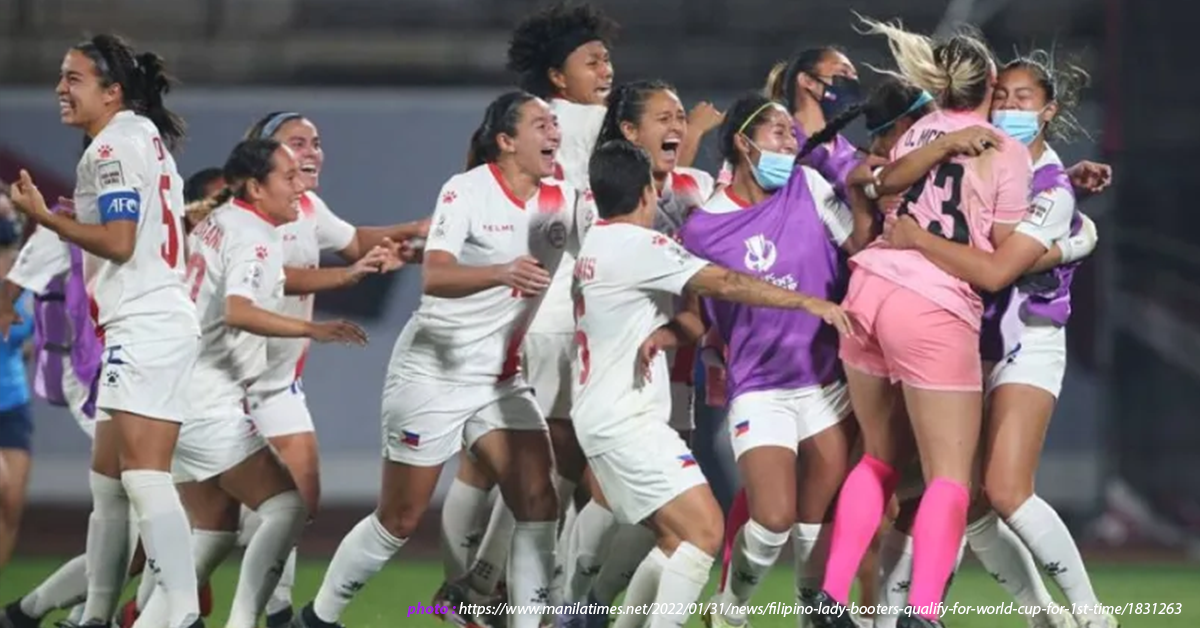 The Malditas (Feisty Ladies), as they are called, have brought glory, honor, and pride to the Philippines as they secured the first-ever Fédération Internationale de Football Association (FIFA) Male or Female World Cup Division Qualification which is set for 2023.  On January 31, 2022, the All Filipina Football Team made headlines as they defeated the Chinese Taipei (Mulan) team. The game was held at Pune, India for the 2022 American Football Conference (AFC) Asian Cup.

Quinley Quezada, Sarina Bolden, and Olivia McDaniel all held their end of the contribution for the success of the match in a 4-3 advantage over the Chinese-Taipei team.

In spite of this, the Filipina team was criticized by their fans as to their Filipino-ness. Some are saying that they are not Filipino enough considering the number of players with foreign blood in their roster.  While there are pure bred Filipinos and some half American and half Filipino in the team, including the coaches, their ethnicity and origin does not mean that they do not represent the Philippines with all their hearts as they are naturalized players by choice. Team head coach Alen Stajcic responded to the countrymen critics with disgust as to their behaviour towards the team saying that the way they train and exude that passion for the sake of representing the country is sufficient grounds for them to be Filipino enough as they have exceeded limits for the privilege of representing the Philippines.

The 2022 Philippine Football (Malditas) All- Women team roster are as follows:

As of the time of this writing, February 03, 2022, the Malditas are set to have a match with the Korean team (Taegeuk Ladies). After advancing from their last victory over the Mulans, in the same Asian Cup, they are bound to fight for the semi-finals match at the Shree Shivv Chattrapati Sports Complex in Pune, India.

In a hard fought match, the Malditas conceded defeat as the Korean team scored 2-0 in the semifinals. The Koreans will then face either Japan or China for the championships. This is not entirely a bad news since the Malditas have already clinched a spot for the FIFA Women’s World Cup 2023. This is a first for the Philippines.

In 2023, the World Cup will be held in Sydney, Australia after several deliberations as to the other venues including Christchurch in New Zealand and others in the Southern hemisphere.