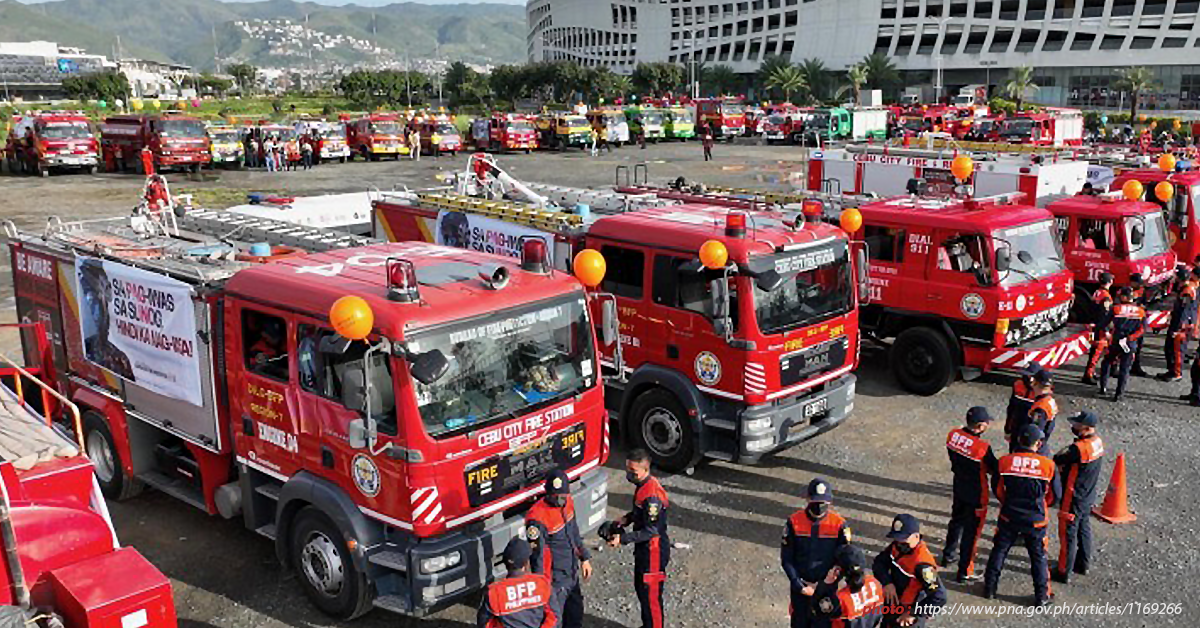 Oxygen, heat and fuel are the three elements needed to start a fire. The existence of fire is never new in human history’s list of frightening events. Day by day, as the clock ticks, fire accidents happen worldwide. A fire that either starts from a building, motor vehicle, or forest significantly affects humans. In the Philippines alone, a total of 2,619 cases have been already recorded under the said catastrophe during the first two months of 2022. According to the Bureau of Fire Protection (BFP), it is now alarming that fire cases in the Philippines continuously progress.

As this type of catastrophe ceaselessly increased its number of records, Fire Prevention Month became a yearly nationwide observance. March was chosen for this occasion as it has the most cases every year. Going back to this event’s history, it all started with the ratification of Proclamation No.115-A by former President Ferdinand Marcos in 1966. Since then, the idea of how being equipped with knowledge about the different aspects of fire can save lives has been emphasized to every Filipino. These month-long fire prevention activities are made possible through the efforts of the various local government units, educational institutions, and firefighting agencies headed by the Bureau of Fire Protection (BFP) to raise awareness, educate the citizens, and lessen the records of fire accidents. This year’s theme is “Sa Pag-iwas sa Sunog Hindi Ka Nag-iisa“, in relation with the Fire Prevention Month’s purpose and goals.

Based on the records of Davao City, BFP Chief Investigator, SF04 Ramil Gillado, mentioned that a total of 96 fire accidents had already happened in the city during the first quarter of the year. Thus, the dissemination of helpful information became the BFP and other organizations’ focus as they commenced the different activities of the month. The Filipino Chinese Firefighters of Davao, Incorporated is one of the Non-Governmental Organization (NGO) participants every March. It is a volunteer group formed in 1989 by different Chinese businessmen in the city. The organization is an advocate for safety against fire accidents. During the advent of Fire Prevention Month, their advocacy pushes them to initiate different programs in line with the event’s theme, such as simulations of fire drills, information drives, school campings, career guidance and social media campaigns to address fire safety awareness. According to Mr Mark Anthony Olaso, a volunteer of the organization since 2016, the fire prevention month not only focuses on the community but also on the different organizations that have the same perspective as the Bureau of Fire Protection (BFP).

“We do engagements with the BFP and other volunteer fire brigades to calibrate skills and knowledge, train for efficiency and teamwork, and learn new updated techniques and approaches in firefighting.” Moreover, Mr Olaso also shared that one of the most fulfilling parts of his duty is when they are invited to various companies and schools during the month to educate others about fire, its risks and how to protect lives and properties safely. “It always makes us feel proud of our chosen career,” he said.

While this event may only last for a month, it can create a significant impact and competent long-term effects on the community. The dissemination of knowledge must not only be limited to the days of March but consistent throughout the year. Each one must take extra precautions and be responsible for every action that may lead to a fire accident, even if it is no longer Fire Prevention Month. Most importantly, the program will not be put into use without the consistency and engagement of every Filipino. As Narendra Modi said, “Individual efforts can bring excellence, but only collective efforts can deliver effectively,” this yearly initiative will soon permit the country to lessen its records of fire accidents. Thus, creating a safer place for every Filipino citizen.