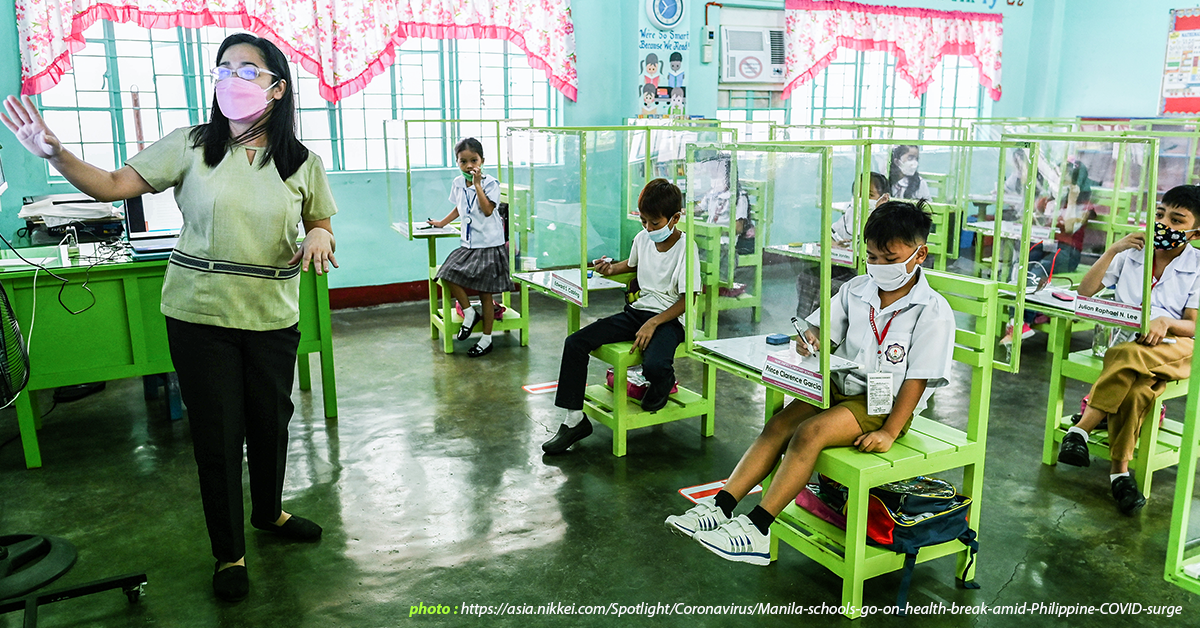 As stated in an article by Gov.ph in December 2021, limited face-to-face classes were meant to start in January 2022 according to DepEd as well as CHED. While many schools and students would be recovering from Typhoon Odette, another issue would soon emerge. Due to the spread of the omicron variant in the very first few days of January, there has been an increase in COVID-19 cases. Thus, it forced Metro Manila to implement a stricter Alert Level 3 status, as stated by the MMDA featured in the Rappler. Schools in Alert Level 3 areas will have to suspend their planned limited classes until the area reverts to the Level 2 status. However, schools in areas still under Alert Levels 1 and 2 will be able continue their pilot run of limited face-to-face classes.

This was mostly the case for areas in NCR initially, with Davao region supposedly under Alert Level 2 until January 15. But two weeks later, Davao City was also placed under the Alert Level 3 status from January 14 to 31 as stated by Sunstar. This would also mean the possible suspension of in-person classes in the region according to the IATF Resolution 155. In another Sunstar article, Mayor Sara Duterte-Carpio stated that the Alert Level 3 status will be a “liberal implementation.” This means that no businesses will be forced to close as the city cannot continually impose lockdowns and closures on these establishments, but there will still be limitations in activities. Other activities that are prohibited are karaoke bars, concert halls, horse racing, contact sports, etc.

There have been schools allowed to open since November 2021 to conduct classes for grades 1 to 3 and senior high school students. DepEd–Davao spokesperson Jenielito Artillo, in an interview mentioned in an article by Mindanews, even stated that the pilot testing worked well and they were looking to recommend 5 additional schools for opening. As allowed by the Commission of Higher Education (CHED) in a Philstar article, higher institution institutions may hold limited classes around January 31 as long as they are under Alert Level 3. By that time, Davao City may be lifted from Alert Level 3 to a lower level if all goes according to plan, making it more possible for the continuation of classes following proper health protocols after 2 years of online or modular education.

Hearing this, hopefully, students who wish to attend school again will have their wish fulfilled as even the AISAT President Atty. Myra Ann Wee-Toe Hio is excited to possibly commence classes again, as she stated in this year’s orientation. Despite mainly pilot courses being highlighted or permitted, she hopes that all courses and departments will be able to be a part of the limited face-to-face classes by February after the Alert Level 3 status ends supposedly. But she reminds us, “we are never certain of what the future holds.” However, we must always be ready and possibly look forward to it. Until then, the school has adopted new policies to mimic face-to-face style of classes online, in order for students to ready themselves and adapt to the possible returning of in person classes.