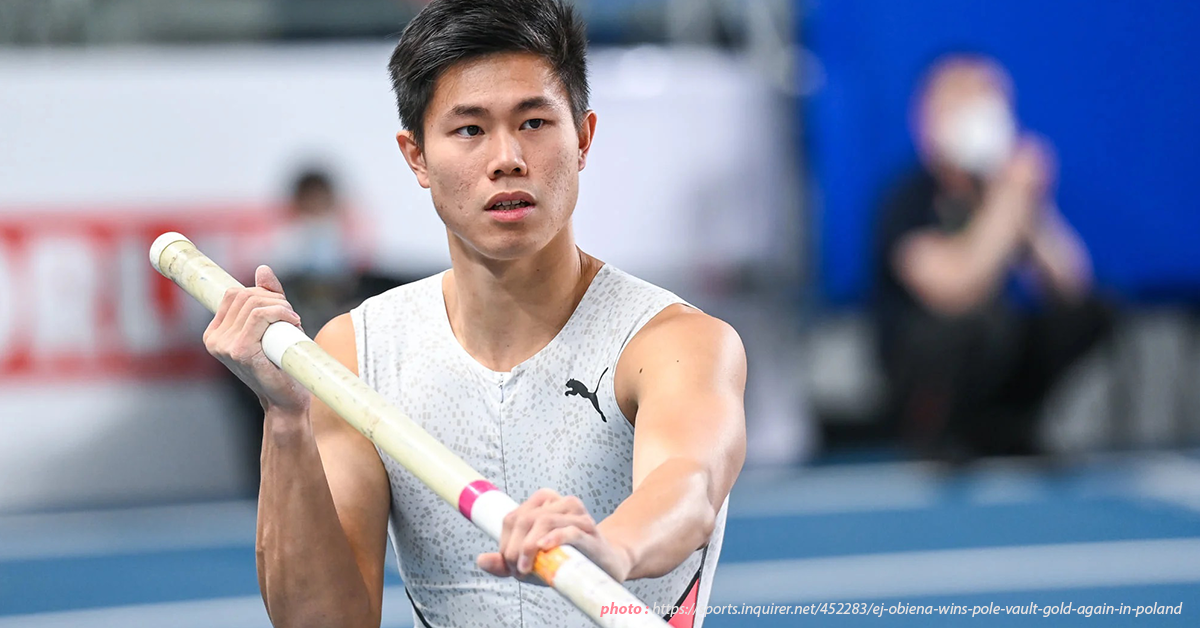 EJ Obiena (or Ernest John Obiena) is not just a stranger’s name, especially in the Philippines. He could be remembered initially as a pole-vaulter and as one of the many athletes who represented our country (alongside Hidilyn Diaz, Margielyn Didal, Eumir Marcial, Nesthy Petecio, and Carlos Yulo, among others) in the 2020 Tokyo Olympics, and as the first one who qualified for the said event, followed by other Filipinos in Piazza Chiari, Italy last September 2019.

By the end of 2021, Obiena was entangled with an issue involving his coach, Vitaliy Petrov, with the liquidation of the coach’s salary as the main problem. Philip Juico, Philippine Athletics Track and Field Association (PATAFA) president claims that Obiena has money that belongs to his coach which was all from financial assistance and/or donation funds. This was a serious accusation of embezzlement towards him but his coach defended him saying that the accusations were false.

Because of this, the Philippine Olympic Committee has declared Philip Juico as persona non grata because of lacking evidences against his claim towards EJ Obiena. As an act of revenge, PATAFA moves to remove and expel EJ Obiena from the national body.  In the end, government and private agencies have gathered nothing wrong and false in the case of Obiena, even prying to his bank accounts proved nothing.

Despite the issues with the Philippine Athletics Track and Field Association (PATAFA), EJ Obiena continued to bring honor to the Philippines. Although he missed the Aisan Athletics Indoor Championships because of having no endorsement from PATAFA, he was able to win not only one but two gold medals from the Orlen Cup which was held in Poland.

The first gold medal was from Lodz, Poland after leaping from his current season record of 5.81 meters. This was a comeback since in the first two games he had this year; he finished fourth in the ISTAF in Berlin, Germany which was an Indoor Athletics Meet. He also placed eighth place in Uppsala, Sweden in the Beijer Pole Vault Gala. Just recently, he also came in tenth place at the Meeting Hauts-de-France in Lievin, France.

Having been motivated by these shortcomings, Obiena vowed to win the Orlen cup- and he did this by having another gold medal in his notch by overcoming another 5.81 meter jump. This was held on Torun, Poland.

The latest development for EJ Obiena’s career is that instead of the PATAFA, the Philippine Olympic Committee made sure that he will compete for the Southeast Asian Games (SEA) and will definitely support him considering that Obiena raised the bar when he owned the 5.93 meter mark in the Asian games. Philippine Sports Commission (PSC) chairman William Ramirez decided to fund Obiena’s pursuit for another gold medal for the Philippines. The PSC will also fund other athletes who will represent and fight for our country which will occur on May of this year in Hanoi, Vietnam.

Obiena is scheduled to have more major events this year, and is expected to win most, if not all of them.