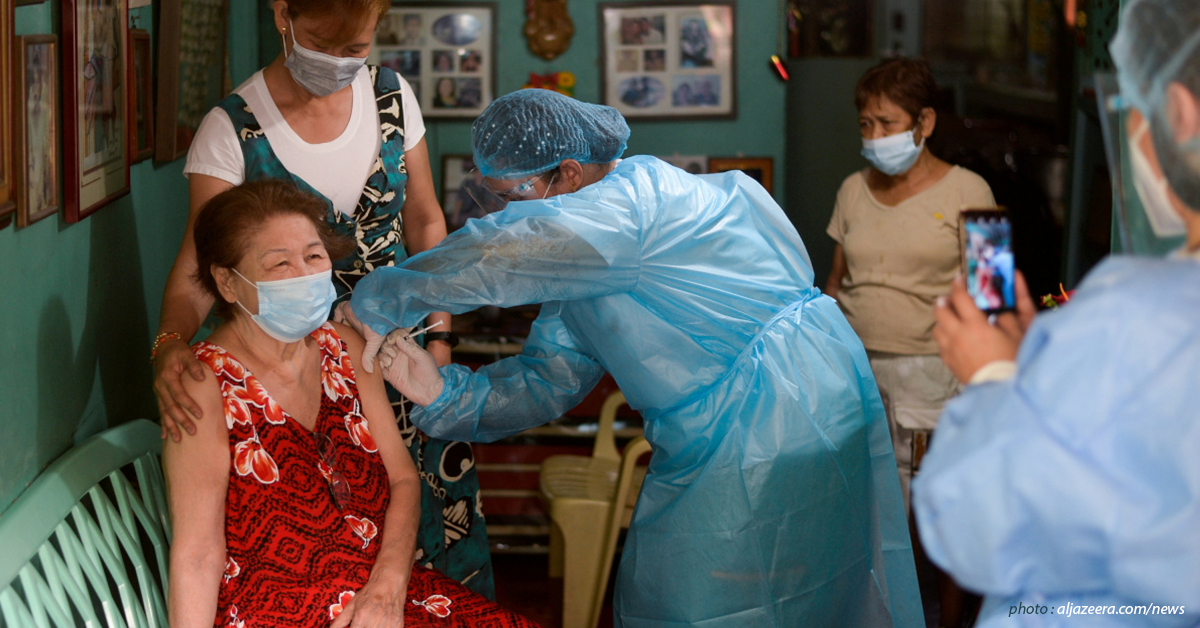 The Philippines’ health ministry announced on Thursday, July 22, after weeks of tracking cases, forcing local governments to implement a new round of somewhat stricter restrictions and prepare for a probable rise in cases that the country has confirmed its first death and locally transmitted instances of the more virulent Delta coronavirus type, as the government strives to ratchet up its immunization effort, with nearly 400,000 individuals injected on Thursday. More transmissible pathogens have been discovered. The COVID-19 variant is the result of the strain’s fast dissemination throughout Southeast Asia.

Although the country is dealing with one of Asia’s largest Covid-19 epidemics, infection counts have been steadily falling since spiking in March and April, allowing for a gradual relaxation of restrictions. The Delta type had been detected in 16 persons, including five who had returned from the United Arab Emirates, Qatar, and the United Kingdom between April and June, according to health undersecretary Maria Rosario Vergeire. Last June 28, Vergeire said, one of the patients with the variation died after being taken to a hospital in Manila. Filipinos returning from the United Arab Emirates, Qatar, and the United Kingdom were among those who tested positive. At least six of the 11 local transmissions were discovered on Mindanao’s southern island, two in Metro Manila, one in northern Luzon, and two in Visayas’ center region.

The Philippines’ Southeast Asian neighbors have seen firsthand the havoc that the Delta can wreak on communities and health systems, especially because substantial segments of the population are still unvaccinated. Although the Philippines has not yet reached that point, experts say now is the time to act. A better way to deal with a surge is to make sure that health institutions are always ready, regardless of what level of community quarantine is in place. It is not the first time that a more contagious variant has slipped across the country’s boundaries. However, Delta, the variation initially discovered in India, has been blamed for a spike in infections not just in the Asia Pacific but also in the United Kingdom and it is more concerning due to its properties, which allow the virus to infect individuals more quickly, further impair health systems, and leave those who have only received half of the necessary vaccine dosage exposed.

The health ministry noted in a second statement that large numbers of Delta variant cases with no traceable source had been found in the capital region and adjacent provinces. Authorities have ascribed the current increase in cases to the Delta variant for several weeks, but the Philippines’ genome sequencing capacity is limited, with only a few thousand samples processed weekly. According to the announcement, the Philippines has registered 1.86 million COVID-19 cases, with a fifth of those found in the last 40 days. According to government figures, COVID-19 has killed nearly 32,000 individuals in the Philippines.

The Philippines, after Indonesia, has the second-worst Covid-19 outbreak in Southeast Asia, with over 1.6 million cases and over 28,000 deaths so far.