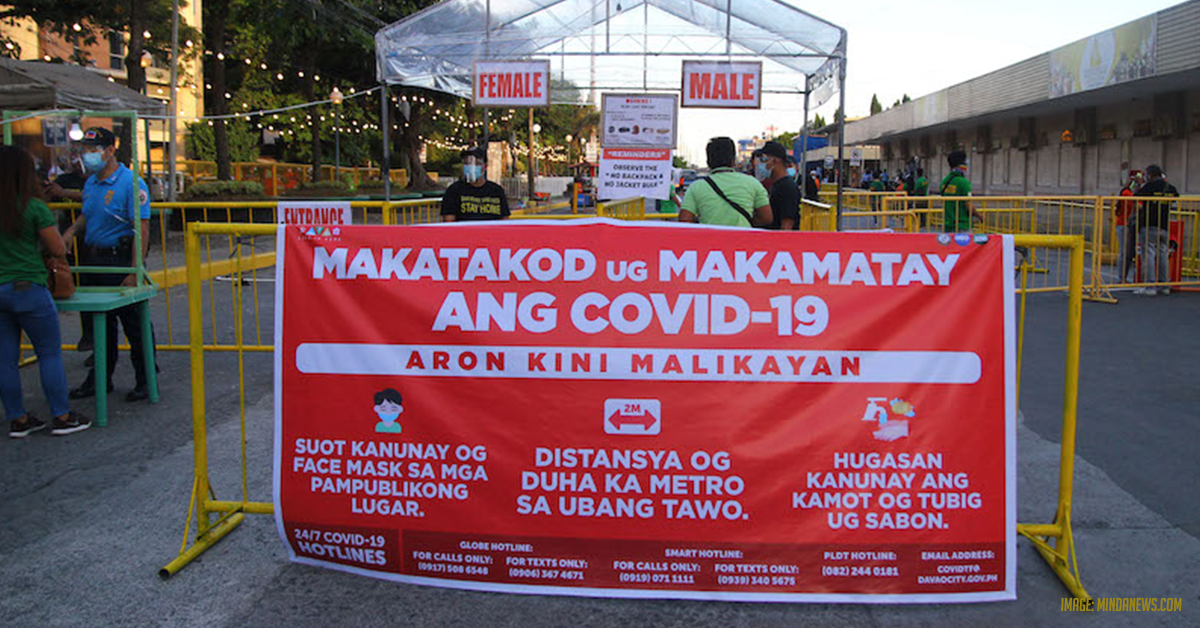 During the start of the still-ongoing quarantine period for COVID-19, many schools, malls, restaurants, and other establishments had to close down in order to prevent the spread of the virus. It even caused several stores and restaurants to close down permanently. Fortunately, a few months later, restrictions have been lifted in order for businesses to continue to function. People could once more leave the house, commute, go to malls, etc. but with certain regulations (age limit, social distancing, wearing of facemasks and/or face shields, etc.).

Among the establishments, the Roxas Night Market was one of those planned to be reopened for business. Pre-quarantine period, the Roxas Night Market was one of the most popular places to eat and shop (Ukay-ukay) because of its proximity to schools and offices. Even if they are not situated near Roxas, many choose to spend their dinner there for its affordability and its wide selection of options. The main problem, however, is maintaining hygiene and social distancing, as well as the possible lack of customers within the market, especially during the ongoing pandemic.

Regardless, the Davao City government believes that they may be able to reopen. According to Mayor Sara Duterte, they plan on having the vendors, suppliers, massage therapists, and security personnel of the night market take reverse transcription-polymerase reaction (RT-PCR) tests, or swab test, before the scheduled reopening last September 12, 2020. This “baseline swabbing” was done in order to screen all those involved in the night market and protect customers, and other vendors, from potentially contracting COVID-19. In addition, the local government assisted in installing lights and cleaning up the area. To reduce the number of people crowded in the area, Duterte claims that the night market will be accommodating only 25% of the total vendors/masseurs. The rest will take turns in providing meals and services at the market every two weeks.

With the night market reopening, there has been a lot of criticism and jokes from many netizens regarding this news because of the ongoing pandemic. However, many of the vendors themselves actually want the market to reopen. During the 100+ days Roxas was closed, there were more than 500 vendors awaiting the reopening of the night market. Many have availed the Tulong Panghanapbuhay sa Ating Displaced Workers (TUPAD) and applied for community-based maintenance work such as cleaning up public facilities, cleaning and de-clogging canals, etc. It helped them earn at least Php4, 356 for 10 days of service, or an average of Php396 per day. But many claimed that it was not enough for their families. According to one of the food stall owners named Marivic, this pandemic will force more and more vendors and workers to endure the daily challenge of being jobless. With many losing their jobs and sources of income, this reopening is supposedly their hope to help them (specifically the night market vendors) to return to their old livelihood.

During the first opening night for the night market last September 12, there were fewer vendors and visitors that showed up than what was expected, and stalls were set up 30 minutes late. Based on the breakdown, at least 29 food stalls, 25 massage benches, 33 accessory stalls, and 33 ready to wear (RTW) stalls were expected to be open that night. Instead, there were only about 10 food stalls and 10 massage benches that were seen open, and the accessory and RTW area were empty as well. This may all be because many vendors were skeptical of how the market would operate in the new normal, and wanted to wait and observe in the meantime.

Nelson Lapeñas, a buko juice vendor and one of the first batch of market vendors, stated that they indeed struggled when the market was closed, and jobs were not easy to come by. Thus, they are grateful that the city could reopen the night market for them. It was probably the hardest for the first batch of sellers because schools are closed and are now online or modular. Since students coming from school are the usual and main customers, they are most likely to have fewer sales. In addition, not only are the vendors dubious but also the expected customers as well. There were very few customers present the first night, but Mayor assures that they will do their best to secure Roxas for safe eating and shopping.

Public Safety and Security Command Center (PSSCC) head Angel Sumagaysay even stated that the first night was a “success” with the health and security measures in place. Facial recognition, body temperature, valid ID checking (for security and contact tracing purposes), handwashing, and footbath is expected before entering the market area. Only 80 market-goers are allowed to go inside the vicinity. Police officers roam the area to observe social distancing, especially when long lines started to form around 8 pm that would start from the front of Roxas Avenue to reach the entrance of Ateneo de Davao University. From then on, the successfully opened night market would be open from 5 pm to 11 pm. Customers admitted that they were still not used to the safety procedures but it was for everyone’s safety and they are adjusting. The only problem they wish to avoid is that the Roxas Night Market will not be a “contributor to the city’s Covid-19 pandemic problem.”

However, as newer COVID-19 cases escalate recently, the Mayor will once again enforce a stricter curfew and liquor ban effective October 15 until December 31. Davao City now has the most number of reported positive cases at 2,678 with 560 active cases for a total of 4,065 cases with 3,140 recoveries and 143 deaths. There have even been speculations that we might undergo a lockdown again, but Mayor Sara Duterte reassured that a city-wide lockdown will not actually be implemented. Rather, more restrictions will be added, such as the curfew and liquor ban, to lessen non-essential activities, especially during the Christmas season, according to the new memorandum. The curfew would be set in all public places from 7 pm to 5 am. Because of this, Roxas Night Market’s operating hours will also be affected.

Vendors would then be given only 5 pm to 7 pm and thus only 2 hours to prepare and sell their goods and services once the curfew is reimposed. They are still discussing whether the operating hours should be from 4 pm to 7 pm instead of the proposed 5 pm to 7 pm. It has not yet been approved but it is the better option in order to allow vendors and massage therapists more time to set up and sell at the night market. But because of the difficulties with the pandemic, the safety procedures, etc., some vendors may struggle to keep up. Thus, last October 12, Sara Duterte said the local government would not meddle in the vendors’ decision if they were to continue selling there or not.