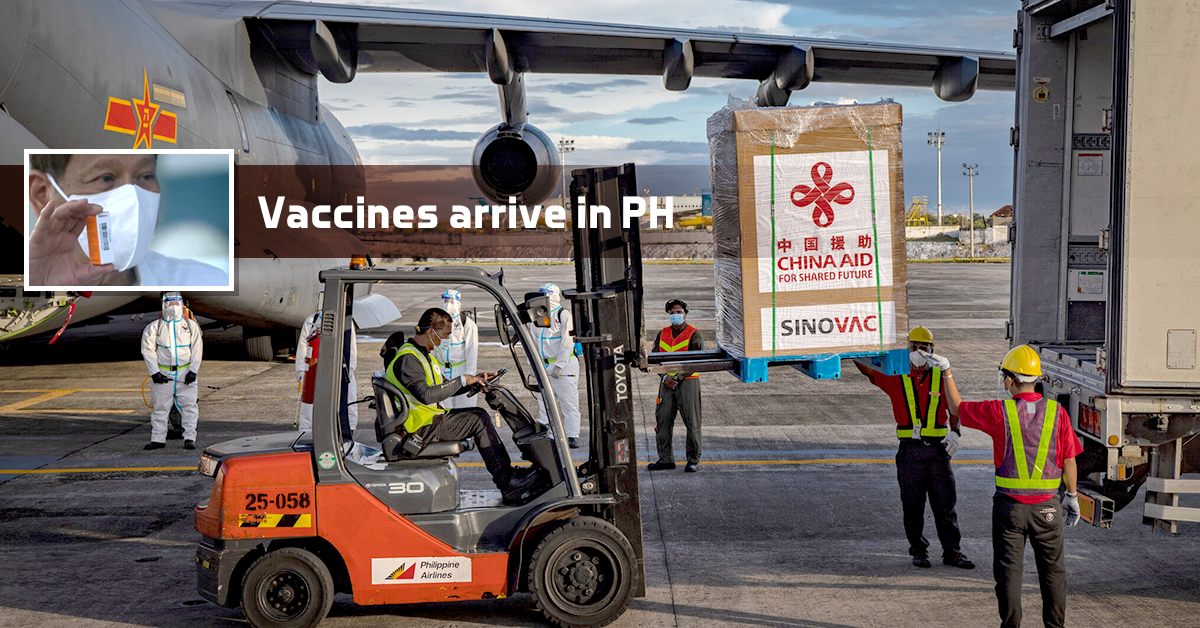 The Philippines have secured vaccines to be delivered in the country within 2021. Authorities are making sure to secure about 148 million vaccines just enough for 70 million people. Coronavirus vaccines are already being distributed in the Philippines, the first people to receive the vaccine are the people who are most vulnerable to the virus which are the front-line workers and the elderly, next would be people with conditions, indigenous people, and other uniformed personnel.

About 500,000 doses of vaccine by AstraZeneca has arrived in the country last March 4. AstraZeneca vaccine is said to be for the elderly as Sinovac is not meant for people older than 59 years old. 9,077 health workers have been vaccinated in Metro Manila and in Visayas. The first shot was given to the chief of Vicente Sotto Memorial Medical center, Dr. Gerardo Aquino, Jr. in Cebu.

Vaccine czar Secretary Carlito Galvez, Jr. said that a total of 5.5 million doses will arrive in the country in April (2nd Quarter). Among those are 2 million doses from Sinovac, 3 million from Sputnik V, and 1 million from COVAX. 117,000 doses of Pfizer vaccine were set to arrive by April and to expect 4.5 million to come in the next two months.

Here are the rest of the scheduled arrival for vaccines (no specific dates yet) as presented by vaccine czar Secretary Carlito Galvez, Jr.:

The government plans to vaccinate 500,000 to one million people per week from April to May. They have planned to target 70% of the population to be vaccinated. June to July will have 1 to 2M vaccination weekly. When the government’s vaccine program started, 408,995 health workers were vaccinated. Galvez also announced that Metro Manila and Calabarzon will be prioritized as it is a high-risk area, where most cases have accumulated. Other areas include Central Luzon, Cebu City, Davao City, Cagayan de Oro, Bacolod, Baguio City, Tacloban City, and General Santos. He has also released a preliminary list on which region will be first prioritized on vaccination and while it is still being assessed, he is sure that Metro Manila and Calabarzon will be first on the list.