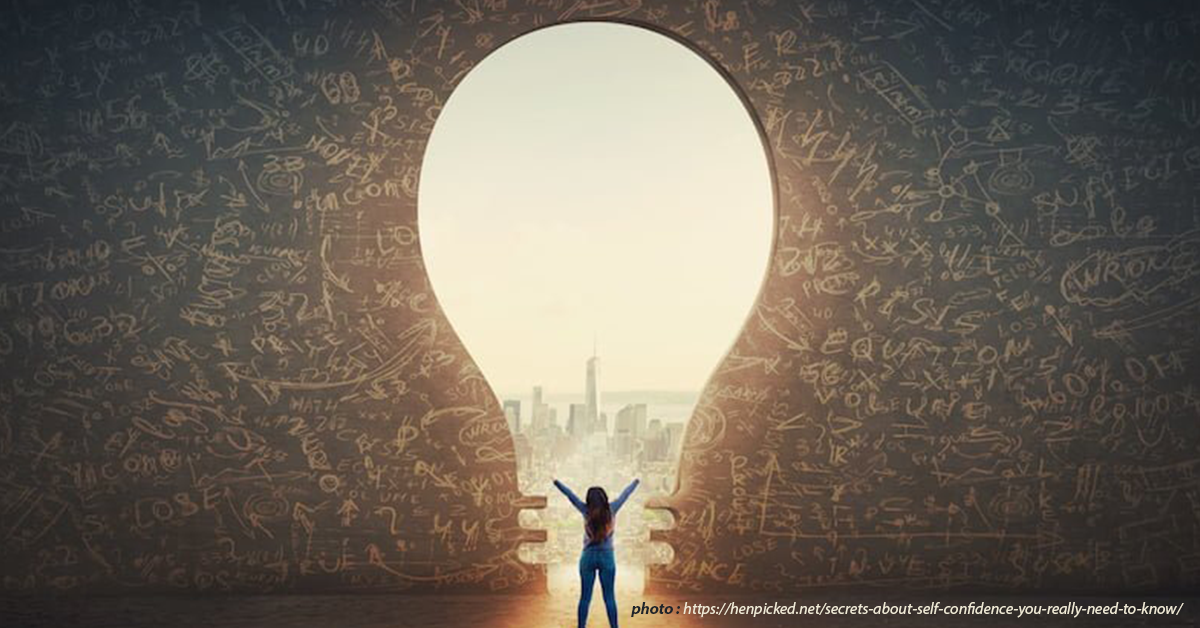 People nowadays can easily encourage folks to be confident in themselves, but we all know that things are easier said than done. We can’t always convince ourselves to be confident, especially when we’re full of insecurities and doubts. Insecurities that make us doubt our abilities and strength, yet are typical things that come with growing up. We all have insecurities because we all have things that we want to have, and sometimes it’s because we care about what people may say about us, about what we do, and what we look like. Because of all the negative criticism and discrimination we receive from others, we tend to underestimate ourselves as well. People who have nothing better to do than meddle in other people’s affairs. Because of the beauty standards that individuals have established, discrimination is common nowadays. They believe that people should transform into something that conforms to their ideals in order for them to fit into a society full of judgmental and so-called “beautiful and flawless” people. Even people who aren’t deemed attractive in society discriminate against others. Reason? It might be due to jealousy or simply insecurity that they couldn’t handle. Instead of venting their frustrations on themselves, they prefer to ruin the lives of others, making their victims doubt themselves. They are led to believe that nothing is possible for them, that they are failures and disappointments.

People all across the world are becoming increasingly attracted to standards that separate others from society. A benchmark that will make you unhappy with your current predicament while, in reality, anything is possible if you believe in yourself rather than other people’s ridiculous criticisms about you. Criticisms that aren’t true towards who you are. Remind yourself that you are not them every time someone tells you that you can’t do something. Prove that it’s possible if they say it’s impossible. Prove it to yourself, not to them. Show to yourself that what they’ve said about you is wrong and that you’re greater than those negative remarks they have thrown at you. People tend to say hurtful remarks to demotivate you because they’re worried you’ll outshine them or they’re insecure about the fact that they know you can do it. But this isn’t always the case; depending on the situation, there are times that things are difficult to deal with, but it’s never impossible.

Remind yourself that you don’t belong in the place where they’re headed if someone attempts to shoot you down or drag you down with them. You’ve got your own spotlight, your own limelight moment. A chance to shine and show to others that you are both beautiful and capable if you believe in yourself. It’s not easy to be confident, but it’s well worth the effort. You can achieve greater things if you have self-confidence. You can achieve peaks you never believed possible. Nothing can tear you down if you believe in yourself and feel that you are worth it and beautiful. Whether it is discrimination or harsh comments, you’ll be unaffected since you know you can do it. However, never forget where you came from when you are already on top. Never forget everything you’ve gone through and the people who have supported you on your way to the top. There’s a distinction to be made between confidence and arrogance. People often confuse arrogance with confidence, which is not the same thing. You shouldn’t humiliate or trample people just because you’ve made it to the top. That isn’t how confidence works. Others are motivated to improve when you have confidence in yourself. Encourage people to improve their own lives. While arrogance denigrates others, making these people believe they are unworthy of the best. Always put in mind that confidence creates inspiration and a drive to succeed, not disappointments and isolation. When you have confidence, you motivate not only yourself but others as well. The more you believe in yourself and love yourself, the more you can inspire and encourage others to do the same. There’s nothing wrong with trying for yourself; the problem is never trying at all. Never let anyone tell you that you aren’t gorgeous in your own way. You are, and all you have to do now is to own it and believe in it. Always tell yourself, “I’m possible because I can.”