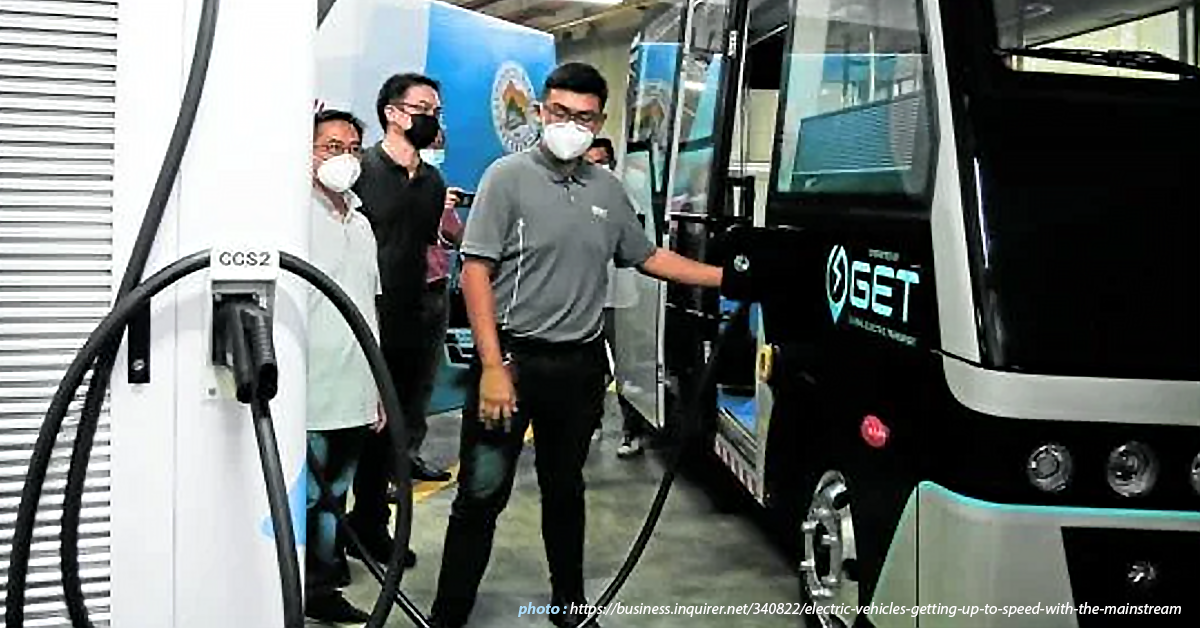 With rising fuel prices and increased concern about climate change, more and more businesses in the Philippines are rushing to put electric cars on the road. EVs are touted as one of the most efficient methods toward carbon neutrality and, in the long run, an escape route from soaring oil prices when compared to typical automobiles that use internal combustion engines. The Philippine electric vehicle (e-vehicle) industry aspires to create a country in which the use of electric cars is strongly pushed, encouraged, and supported by the government and community in order to create a transportation system and environment that is ecologically and economically sustainable.

The Electric Vehicle Association of the Philippines (EVAP) intends to establish a national electric vehicle development program based on the current Motor Vehicle Development Program for the automotive sector. Currently, 28 companies are engaged in the production of various electric cars. Eleven parts and component producers and seven importers round up the group. Currently, 14,840 people are employed in the sector. The business is projected to increase in the future years as the government continues to encourage the usage of electric vehicles.

With one of its key goals being sustainable development, the Philippine government has been pushing the usage of electric cars throughout the country, including as a mode of public transit.

Executive Order 488 (s. 2006) was established to encourage the production of electric cars and to minimize the country’s reliance on fossil fuels. With this issuance, the tariff rate for e-vehicle components was cut to zero, allowing e-vehicle producers to import components at a lower cost. These sustainability imperatives have compelled major local business names such as Manila Electric Co. (Meralco) and the Ayala Group to actively participate in the transition. Even the government is beginning to offer incentives to EV producers in order to hasten their adoption in the country. Meralco has pledged to electrify its vehicle fleet as part of its Green Mobility program. DHL Express Philippines recently announced the deployment of a new fleet of electric vehicles (EVs) to handle shipments in important Metro Manila locations. Meanwhile, the Ayala group, through its industrial affiliate Integrated Micro-Electronics Inc., has been bringing additional charging stations into the mainstream by using Ayala retail complexes.

Ordinary Filipinos, on the other hand, may find the change difficult. The resistance stems mostly from the greater upfront expenses of purchasing electric vehicles, as well as a lack of charging infrastructure. Major cities in Metro Manila have begun to deploy e-vehicles to carry local residents and transitory workers. Electric jeeps and tricycles are becoming increasingly widespread in the country’s major commercial centers and metropolitan regions. The development of “green cities” is also predicted to increase demand for e-vehicles used in public transportation.

The continual growth in tourist arrivals in the Philippines has resulted in an increasing need for ecologically friendly transportation services. To minimize carbon emissions, protect the natural beauty of the environment, and offer mobility to the rising number of visitors, resorts and local government units have begun to invest in e-vehicles such as electric tricycles and electric jeeps. Because of increased environmental consciousness, this practice is gaining traction. E-vehicles are available in popular tourist destinations such as Boracay and Palawan.