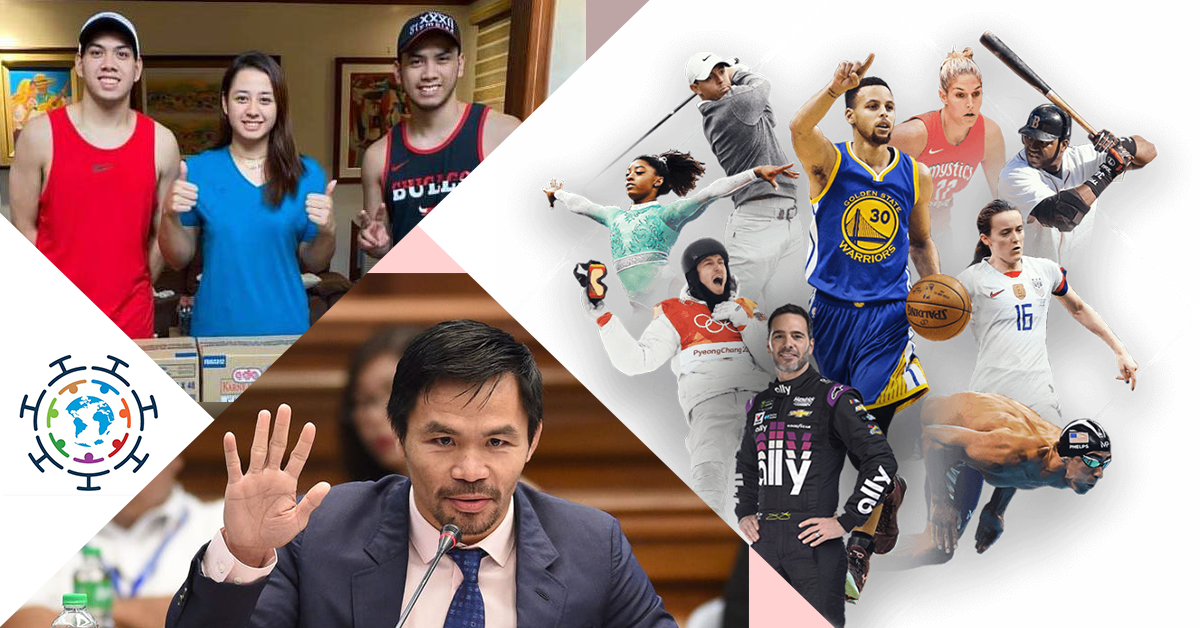 We are all aware of how much suffering this pandemic has caused us. Regardless of whatever status we have in life before this virus outbreak, it doesn’t matter anymore because the virus doesn’t choose and discriminate. It latches on to whoever it wants. This means that even people of high stature- including athletes- are not immune to COVID-19. Because of this, many of them chose to fight it and they intend to win against it- like playing a game. But how exactly do they fight it?

Rudy Gobert, the big man of the Utah Jazz, who was of French origin, was the first NBA player to be diagnosed with COVID-19. This incident is one of the many reasons that caused the NBA to shut down for a few months. Obviously, many jobs were lost in the process.  Gobert’s response to this problem was rather exemplary since he donated a total of $500,000 to those who were affected by the spread of the virus. Since then, several players have also donated to support this cause of fighting the pandemic. Jeremy Lin, who is now a former NBA player donated $300,000 while Khris Middleton and Giannis Antetokounmpo of the Milwaukee Bucks donated $100,000 each. Blake Griffin also donated the same amount. Overseas, Bismack Biyombo of the Charlotte Hornets donated a total of $1,000,000 to his home country Congo. Even as a team that did not reach the playoffs this year, the Golden State Warriors team, players, and coaches still donated a total of $1,000,000 to further eliminate the threat of the virus and help those who are in need.

In other sports, soccer superstar Cristiano Ronaldo of Juventus F.C. and Jorge Mendes- a great football agent, who are both Portuguese, took their kicks in fighting against COVID-19 in their home country in Portugal by donating €1 million to ICU facilities. After they did this, many athletes grew inspired by their deed. Football superstar Lionel Messi of F.C. Barcelona also took initiative following Ronaldo’s actions by donating the same amount of €1 million to his origin country of Spain since, after Italy, Spain is the second most affected country in Europe. Messi, however, did not stop there unlike other athletes. He demanded his team, F.C. Barcelona to cut his salary by 70%. This wage cut costs him more $50,000,000 but he doesn’t care. He says that it is for those who need it. He is still, after all the highest-paid footballer, and will continue to do so. Roger Federer, a professional tennis player also donated one million Swiss francs to his home country of Switzerland.

Here in the Philippines, it has to be taken into consideration that our athletes are not as compensated as international ones. However, with what little our athletes have to offer, the virtue of helping never ceases.  Scottie Thompson of Barangay Ginebra San Miguel, who is locally raised in Digos, Davao del Sur also made efforts of fighting this pandemic by supporting frontliners and giving them relief goods when the ECQ started. Together with some of his Barangay Ginebra San Miguel teammates Japeth Aguilar and Mark Caguioa and stars from other teams donated disinfectants. Even the owner of their team made one of his plantations become a laboratory for the manufacture of additional alcohol to combat the spread of the virus. In boxing, of course, we have the People’s Champ, Manny Pacquiao who initially donated 600,000 masks to various places across the country. Aside from that, he also donated 50,000 COVID-19 testing kits to DOH. Lately, Pacquiao plans to fight UFC star Conor Mcgregor in the Middle East next year where a big amount of his earning will also be donated to the victims of the pandemic.