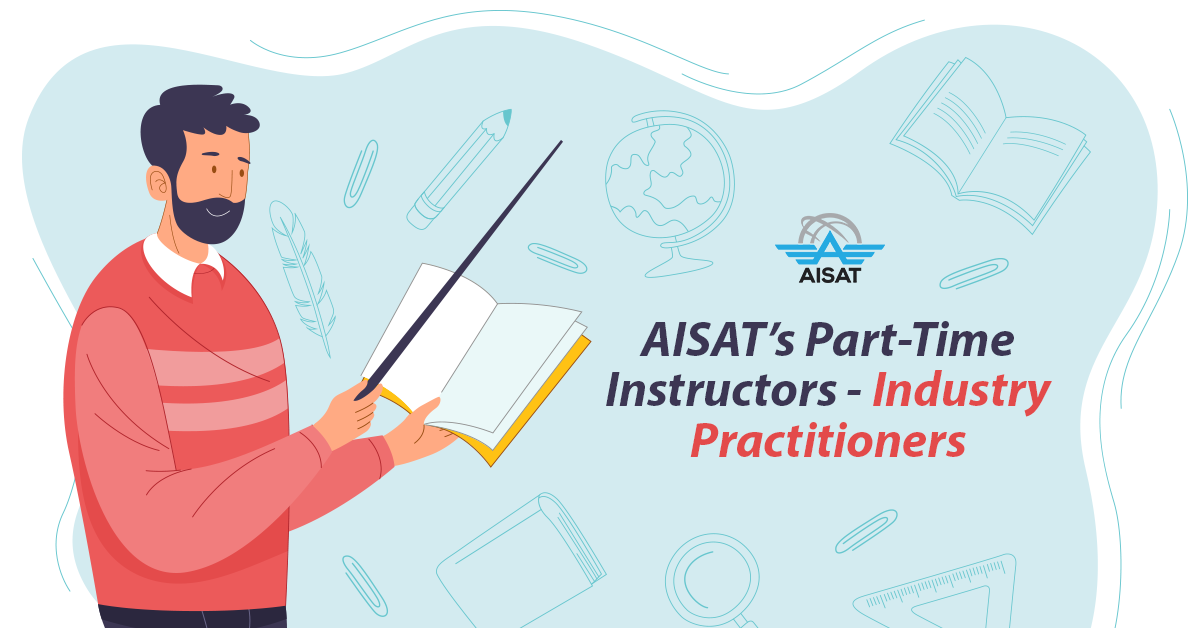 The first industry practitioner-instructor asked was Capt. Dathan Bacus, a flight instructor, and part-time AvM instructor. Upon asking about his experiences as both an industry practitioner and instructor at the same time, Capt. Bacus immediately proceeded to share that he started to pursue his flying dream way back in 2015, and in that same year, he asked himself: “Would I settle to be a result of the system or be a part of the system?” And you know what? Capt. Bacus chose to be both. As a result of the system, Capt. Bacus became a Commercial Pilot License holder rated with two aircraft: C-152 and C-172 since 2018 up to the present. Now with more than 1000 hours of flying time and with the eagerness of having more cut on the system, Capt. Bacus recently accepted the opportunity to teach in the AvM department. Capt. Dathan Bacus also added that:

“Being an instructor in flying, pilot ground courses, and college always makes me happy. The feeling of contentment after all the hardships you and your student endured have resulted in something wonderful which we call learning. This always gives me a smile not just on my face but also in my heart. And that experience would always be the best experience as an industry practitioner and as an instructor. That is how I became a result of the system and have been a part of the system.”

Moreover, the second industry practitioner-instructor who was asked the same question was Sir Christian Herno, an avionics technician and part-time AET instructor. Sir Herno started with a reply of his gratefulness for being featured and that it was an honor for him to be part of this month’s article. His answers to the question were broken down into two pieces and compared with one another. Sir Herno first highlighted the word “pressure” and stated that:

“There is this pressure in the job where we should meet deadlines and for some jobs, it is necessary for us to finish the job within 30 minutes as the aircraft needs to take flight. Regardless of the time, we were trained and enhanced to develop our job to do it under pressure. On the other hand, there is actually no pressure in teaching if you know what you are discussing. I am teaching aircraft systems which is the most crucial subject to learn by the AET students as it is their major. I make sure that they know how to explain it as it will reflect on the school once they are asked in job interviews, and that is probably the only time the pressure will come.“

Also, Sir Herno emphasized the word “knowledge” and mentioned that as a whole, learning in aviation is a lot more than anyone could ever imagine. In the aviation industry, there is a job where they do it all the time and a job where it is new for them. Once employed as an aircraft mechanic, there will always be continuous training, and studying will never stop, according to Sir Herno. In teaching, Sir Herno said that he is pretty much reviewing his fundamentals from the knowledge he has learned from his training and experience. Sir Herno gets his teaching resources, reads for a day or two, shares the knowledge theoretically, and makes sure that the students absorbed everything. Sir Christian Herno then concluded his answer as he stated that:

“There is a vast amount of knowledge needed to learn in aviation. It is not just about the wings, lights, flights, etc. There are surprising tons of things to learn, and an individual will learn more once on the job. The lessons I am sharing to the students are a remarkably great factor to learn in aviation. Deep and wide; yet with it said, it is just the tip of the iceberg. In aviation, it is either being impatient or being hardworking. It will be the decision of the person on which track he/she will be heading. My advice to the future aviators is to choose the path of being “patient.” You will not regret it.“

Also Read: What to Expect in AISAT’s BS Aviation Management and Institute of Design and Technology Programs: http://aisat.edu.ph/altitude_articles/what-to-expect-in-aisats-bs-aviation-management-and-institute-of-design-and-technology-programs/