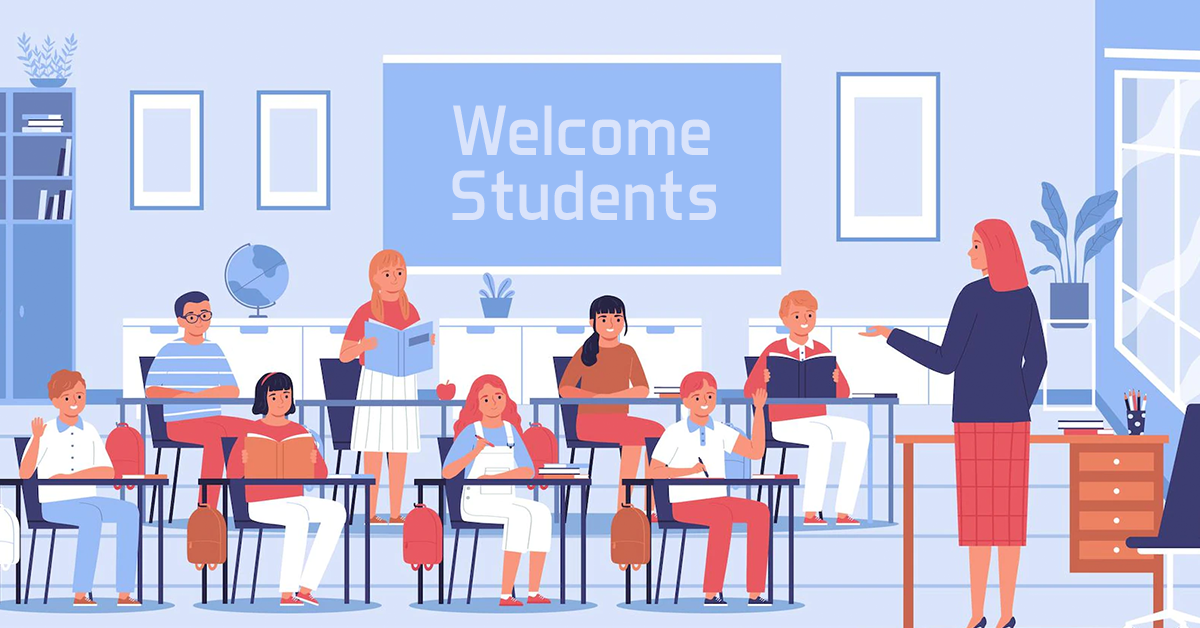 AISAT kicked off the academic year 2022-2023 by opening its doors to students for face-to-face and online classes last August 1, 2022. Initially, an announcement regarding AISAT’s mode of classes was posted on AISAT Davao’s Facebook page. All 1st and 2nd year AMT and AET students will have full face-to-face classes. In contrast, all the other courses and year levels will have flexible classes. As early as 7:00 am on August 1, 2022, AISAT students were already entering the campus and were excited for their first day of classes. Moreover, at around 7:30 am, the SSC and the student assistants were stationed at the school entrance with a welcome banner and handed out free candy to everyone. Before entering the school premises, the students must complete the health declaration form daily via a Google Form. As it was the first time most students entered the campus, hallways were filled with students asking for the location of their classrooms and various offices of concern. Students are also reminded to observe social distancing, always wear their face masks, sanitize often, and follow the foot traffic markings across the campus.

As most classes have already started at 8:00 am, the Head of Student Affairs, Mr. Dwight Dave Quiño, also did a room-to-room orientation on the school policies, minor and major offenses, sanctions, and scholarships. The school is also looking for five more student assistants, and those interested in applying can proceed to the Office of Student Affairs on the mezzanine floor. The student handbook was also distributed to the first-year students. At the same time, the school IDs are currently being validated by various school offices, and an announcement will be made when the school IDs are released. Further, an announcement on resuming the release of school uniforms was also posted. Once classes are finished, students are advised not to gather in groups in the corridors and to go home immediately after all classes are done for the day.

The online classes also simultaneously started on the same day, and the instructors had their respective subject orientations. As emphasized during the student orientation, quizzes during online classes are live and will be done during the Google Meet session, and all exams are face-to-face. Students having online classes are also encouraged to attend the coming face-to-face activities of the school, which will be posted on the AISAT Davao Facebook page. The first face-to-face school activity is a Mental Health Awareness Seminar by the Guidance Office, to be held on September 2, 2022, at the Homitori Maize Hall. This is to be followed by AISAT Club Day, which will be held on September 7, 2022, from 1:00 pm onwards at the AISAT Gym. The Guidance office will also conduct more face-to-face activities such as anti-bullying and sexual harassment seminars, personality development, and film viewing. The sports coordinator also plans to open an AISAT varsity team and sports club to cater to students’ various sports interests. AISAT students can follow the AISAT Davao Facebook page for the latest announcements.