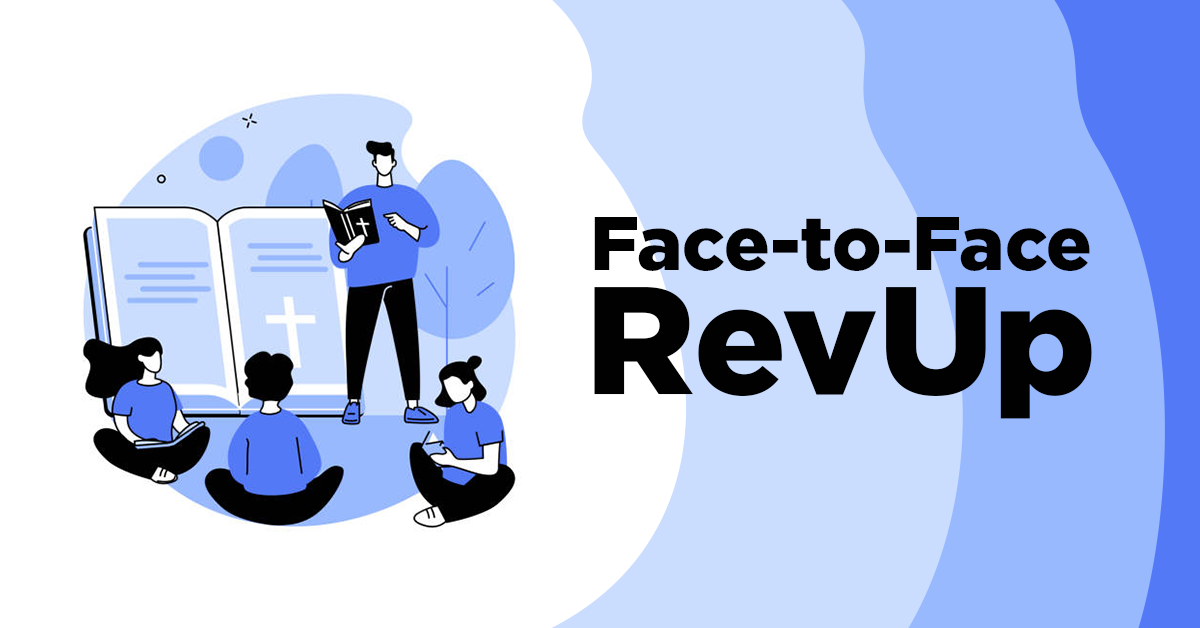 After two years of consistently conducting sessions online, RevUp finally completed two face-to-face sessions for September. After receiving the Best Booth and Excellent Club awards, RevUp led a small group session on September 9, 2022, and an NSTP-CWTS class session on September 16, 2022. With the same aim since its founding, RevUp aligns with the school’s mission to foster critical thinking imbued with Christian values among its students to arrive at technologically driven solutions and make sound, moral and ethical judgments. An AISAT graduate should also be intelligent and able to discern right and wrong, to uphold the moral laws in light of a Christian foundation.

During the first small group session, the attendees were the Campus Minister, Pastor Marck, Campus Ministry Coordinator, Sir Ariel De Leon, RevUp Faculty and Staff Volunteers, AISAT faculty and staff, and around 20 AISAT students from first and second-year AMT and AET. The session started with a worship song by Ma’am Kelly of the RevUp music team and an opening prayer by Sir Ariel. Afterward, Sir Ariel presided over a game and gave prizes to the winners. Afterwhile, a message was given by Pastor Marck on the Gospel as an introduction to the direction of the rest of the RevUp sessions for the semester. It was followed by a photo opportunity and the distribution of snacks. The next RevUp small group session is to be held after the intramurals to give way to the scheduled times for practices by the competing teams.

In addition, the first NSTP-CWTS class session was also held a week after the first small group session. The attendees during the session were the RevUp faculty and staff volunteers along with the NSTP Coordinator, Sir Jose Iñosa, RevUp student volunteers, and the NSTP-CWTS students. To start, a worship song and games were given by the RevUp student volunteers from BS AvM 2, and prizes were given to the game winners. Pastor Marck then gave a similar message on the Gospel, and since it was a class, a short quiz was facilitated by Pastor Marck afterward. It was followed by a gospel invitation to those who want to be part of a small accountability group and a photo opportunity with all attendees. Although the RevUp session ended, the NSTP-CWTS class continued toward the second half of their schedule by preparing for their respective community outreach programs. As Sir Iñosa stated, “The scheduled once-a-month face-to-face NSTP-CWTS class will have a RevUp session to enhance the spiritual foundation of the students, while the second half would be in preparation for the community outreach programs by the students.”

With that, RevUp is looking forward to conducting more face-to-face sessions in the coming month of November. A sem-ender session inviting students across all levels will also be held during December. The sem-ender session will be held in partnership with Cru Philippines (formerly Campus Crusade for Christ) which will be giving fun-filled spiritual activities to all the attendees. RevUp is excitedly looking forward to inviting more students and saving more souls as a growing AISAT community of students, administration, faculty, staff, and parents.