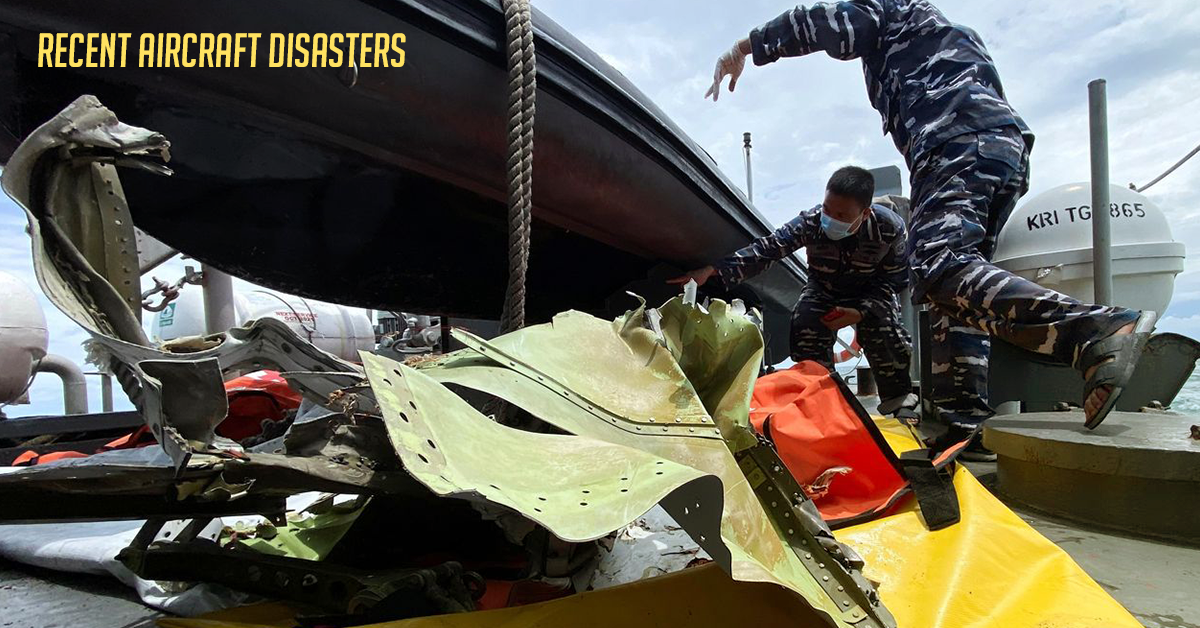 The year started with unforeseen events and one of them was about the tragic accidents in the aviation industry.

In the international setting, an accident happened in Indonesia where Sriwijaya Air Flight SJ182 crashed into the Java Ocean, minutes after it took off from the airport of Jakarta on January 9, 2021. The air jet carries 62 individuals and no survivors left after the air jet crashed. It was said that the plane left at 2:36 p.m. and climbed to the elevation of 10,900 feet approximately four minutes afterward, then starts to plunge, concurring to flying information supplier Flightradar24 and went lost at 2:40 p.m. After the officials getting a signal from a location they believed to be the crash location, a search and rescue team was sent on January 10, 2021. They recovered debris, including life vests and build parts, and the divers together with the search and rescue team found flotsam and jetsam from the plane and human remains in the Thousand Islands. According to the investigation, the crash is due to an engine control problem, and the pilots respond to it within the minutes before the crash. Information from the flight data recorder (FDR) shows that the auto-throttle framework which consequently alters fuel stream and takes care of the path set by pilots was not working legitimately on one among the plane’s two motors at a few point amid the climb expelled from Jakarta, in line with individuals conversant within the matter. The recorder indicates the pilots tried to encourage the stuck throttle to operate instead of closing off the system. While the investigation is on-going, the Indonesian authorities are looking at the crash location or the second black box which was the cockpit voice recorder (CVR) to better analyze how the pilots handled the auto-throttle issue.

Indonesian military chief namely Hadi Tjahjanto said “I am hopeful that the Boeing 737-500 plane wreckage might be recovered later today from the world, within the waters of the Thousand Islands area between the isles of Lancang and Laki”. He also added that “Divers reported that underwater visibility is evident and it’s likely that more parts from the wreckage and even from the victims might be found, hopefully, everything may be recovered later this afternoon” during the interview. Indonesian President Joko Widodo is also allegedly closely checking the search and rescue operations and pressing authorities to urge results.

In the Philippines, an accident happened in the local area of Bukidnon province where the Philippine Air Force helicopter crashed last Saturday afternoon on January 16, 2021. There are 7 personnel inside the helicopter wherein five of them are military personnel and the two from the local militia. The helicopter was conjectured to convey supplies to the Philippine Army’s 8th Brigade patrol base when it happened. Around 2:22 pm, a PAF helicopter Huey UH-1H with tail number 517 crashed in Sitio Nahigit, Barangay Bulonay, in the town of Impasugong, Bukidnon in accordance with the police spot report and was reportedly went “in nose dive position before hitting the ground”.