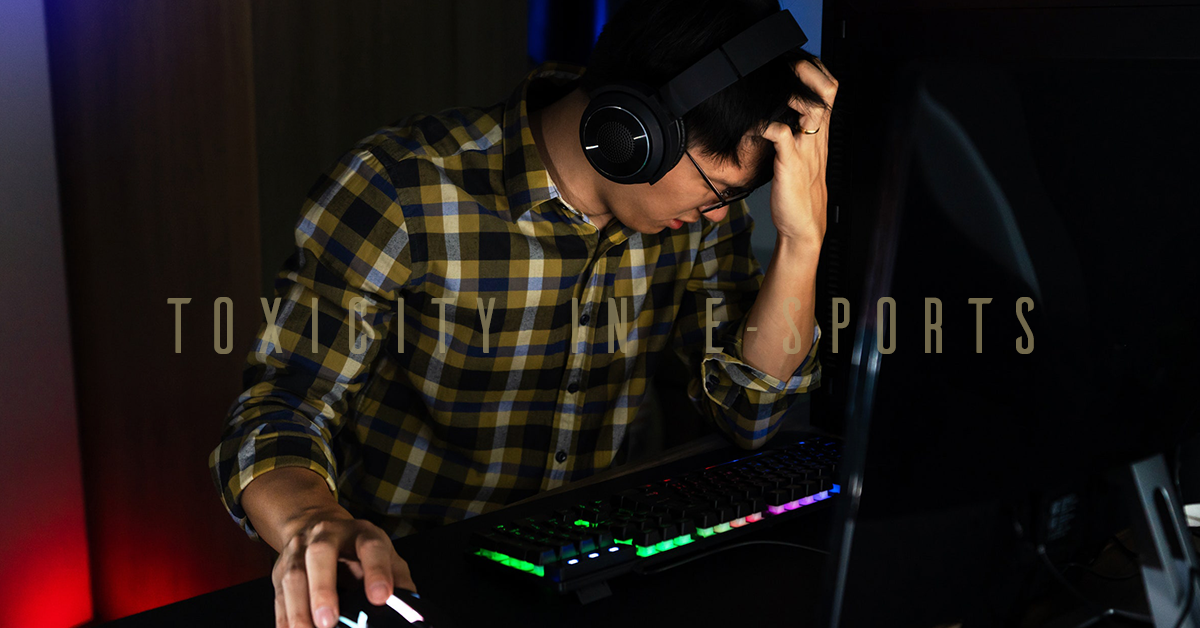 The pandemic COVID-19 has made a massive impact in the world of E-sports. It has become the rise of gamers on any platform, may it be mobile games, PC (personal computers), Playstations, and Xboxes. Making more gamers in these times and games has been an integral part of human history.

Games are a good way to exercise skill and knowledge. Aside from having a good time, it is also a platform for measuring one’s self-worth and improve self-esteem but then, it becomes different when another person is playing the same game as a “player”. Now it becomes a stage for competitive play. Now it is about comparing one’s self-worth, it is now something to show off one’s skill, play against someone with a similar skill level or higher. It becomes less about you and more about one’s self-worth and pride. When one’s self is involved and when it becomes a competition, then it is unavoidable that behavior can get toxic. It is important to note these things since in this modern age, E-sport or competitive gaming has become a thing.  Online play has become more and more prevalent to almost everyone – young and old. Combined with anonymity through the internet, gamers have become more confident and open to what is in their mind and, being able to freely communicate using chat and voice call. E-sports suffers from a long history of toxicity from racial slurs, degrading comments, and grieving/feeding ruining the game experience for players. What is worst is some players are fully aware of what their toxic behavior can do to other players as one Reddit post mentions, the degrading comments are used as a strategy to demoralize and disrupt the team dynamic of the opposing team aside that the anonymity provided by online play allows players to ruin and act this way is to simply ruin people as these people think that it has no real punishment in the real world. A study titled “Toxic Behaviors in E-sports Games: Player Perceptions and Coping Strategies” conducted in 2018 shows that these toxic behaviors have been normalized as they reason it as part of competitive game culture and it is not far off as it is really seen by many gamers that these are a natural part in gameplay.

If not all hope is lost as there are already, many studies and methods of ways for combating toxic behavior one such example is censoring toxic language then another way is implementing an only emote system like in hearthstone. Jeff Lin, a lead designer in Riot with a Ph.D. in Cognitive Neuroscience says that allowing this behavior to run loose can lead to the loss of players. So they conducted many ways to improve the player experience and reduce toxicity. They allowed the option to remove cross-player chat and automatically censored bad words which had a 32.7% reduction on negative chat and an increase in positive chat. They used to have a tribunal to check individual toxic players but this proved insufficient, so they made a better report system that encourages good reports base while not allowing false reports. When a player does get reported, they receive a reform card where they are given a chance to apologize and reform their actions. They also cultivated good sportsmanship by the honor system. Rewarding players with a high amount of honors from other players for their good behavior this honor system proved to be effective in reducing toxic behavior.