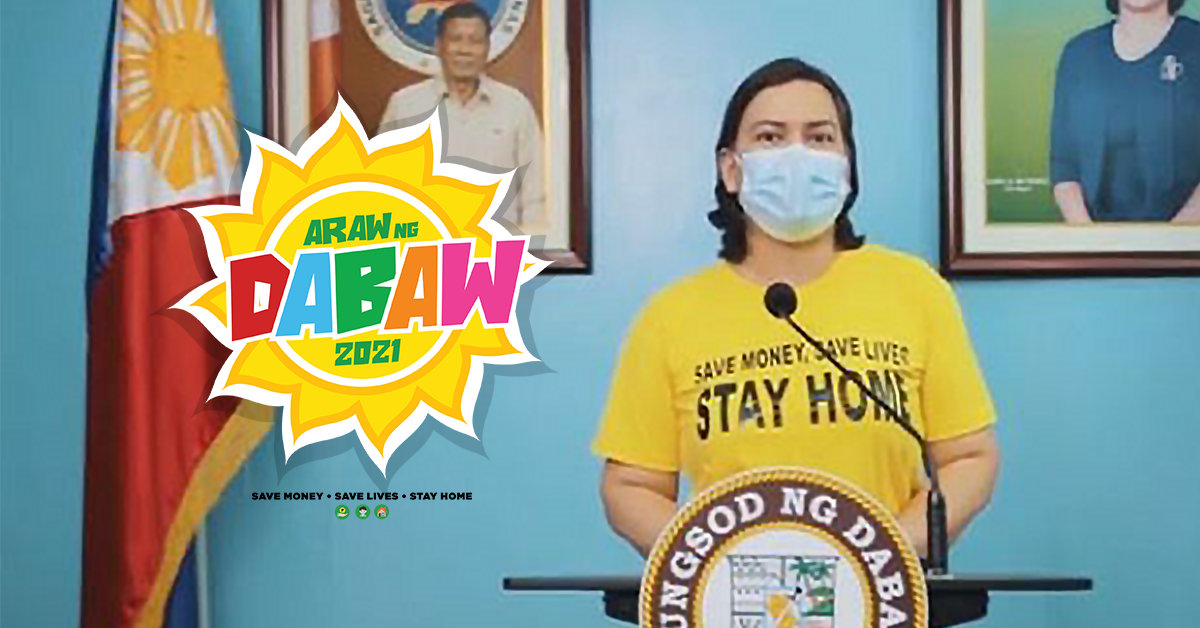 Araw ng Dabaw celebration goes on despite the ongoing widespread of coronavirus, marking a new beginning as it unfolds the stories of the Dabawenyos. Under the Republic Act 7685 in view of its founding commemoration which took effect on March 16, 1936, under Commonwealth Act 51, March 16 was declared Araw ng Dabaw. However, Mayor Sara Duterte-Carpio declared that the celebration of Araw ng Dabaw would be moved from March 16 to March 1 beginning this year based on the proposal of the National Historical Commission. March 1 will be a special non-working holiday in Davao City to mark the celebration of the 84th Araw ng Dabaw granted by the Malacañang. Due to the widespread of the virus, most of the activities in the celebration for the Araw ng Dabaw will be held online. The event was held last March 1-3, 2021 with the theme song of “Dabaw Dabawenyo” which symbolizes the unity of Dabawenyos amid the global crisis.

The celebration started with a flag ceremony at 8 a.m. last March 1 at the City Hall of Davao grounds, followed by a thanksgiving mass that was attended by department heads of the city government at 10 a.m. at the San Pedro Cathedral. It was then followed by the Opening ceremony given by Mayor Sara Duterte with her message, “To all whom we have lost this past year, and to each Dabawenyo abiding by the protocols set in place to ensure each other’s safety, for it is our grit, our tenacity, and our discipline that will see us through to the end of this pandemic, in the hopes that we may one day safely celebrate our Araw ng Dabaw in the streets once more”. The mayor also said, “A lot has happened in the span of a year. We are not the same city we were in 2020, and the threat of Covid-19 is still present, but as resilient and united Dabawenyos, we shall overcome, as we always have, in the face of adversity.”  An animated video created by local production company LouWorks Studio retells Davao City’s rich and unique past.

Day 1 ended with Globe Dabawenyo Tiktok Challenge, followed by the Day 2 program with the activities named – Tilaw Dabaw which is a show that spotlights the diverse cluster of Davao City’s food from homegrown and classic restaurants’ to modern dining concepts, trendy food spots to farm-to-table destinations and the Halal establishments present in Davao; Hugyaw Dabaw an event which will showcase the talents and skill of  Dabawenyos in the field of music that brought pride to the city after winning in prestigious national and international competitions through recorded performances; and Pahalipay. Lastly, the celebration ended on day 3 with the activities – Obra Dabaw an event in which showcases the local artist’s homes, galleries, artworks; Istilo Dabaw an event in which will highlight the local award-winning fashion designers who pull their inspirations to the cultural heritage and local traditions of Davao City; and ended by a Pahalipay Concert.

All the said activities were broadcasted online which were enjoined by the Dabawenyos as they celebrate Araw ng Dabaw safely within the comforts of their homes as the online events in the celebration showcase the best of Davao. All activities premiered online through the Araw ng Dabaw 2021 Facebook Page and streamed live in the City Government of Davao and Davao City Disaster Radio Facebook Pages from March 1 to 3. As the celebration ended with a joyful success amidst the pandemic, the Dabawenyos are looking forward to the next celebration of Araw ng Dabaw.