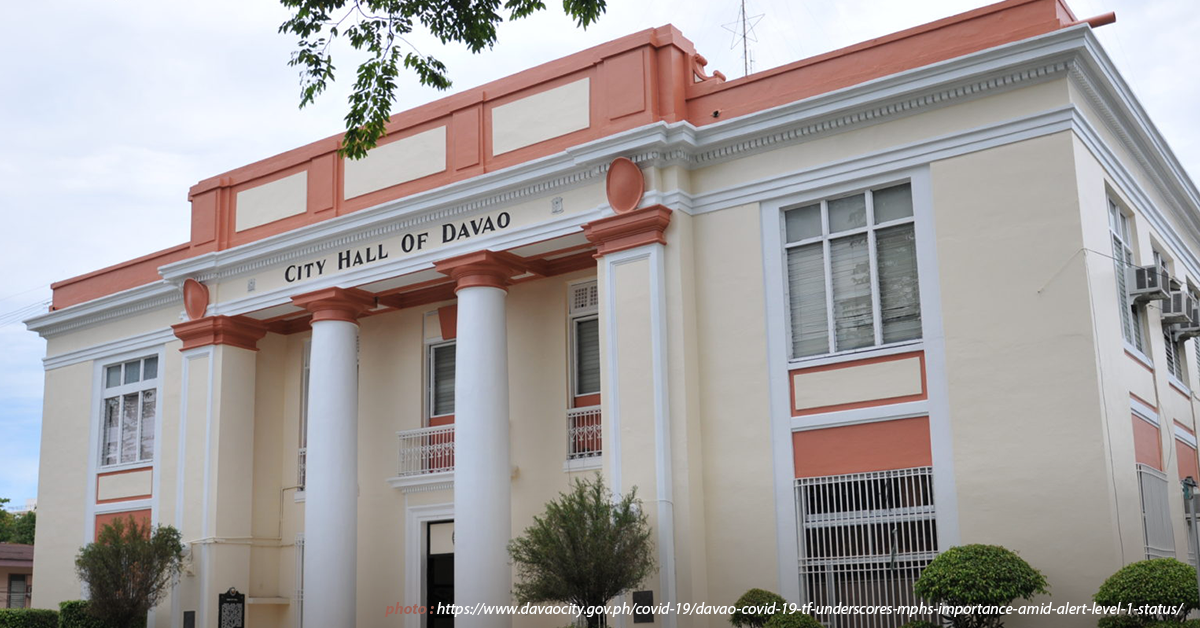 During the surge of Omicron earlier in the year, cities like Metro Manila and even Davao City were forced to implement a stricter Alert Level 3 status, as mentioned in previous articles. Then, as recently stated by Sunstar, Karlo Nograles, the Presidential Spokesperson and also Cabinet Secretary, gave an announcement on February 27, that Davao City and 39 other areas are being placed under Alert Level 1. Starting from March 1 to 15, 2022, Davao is set to be placed under this least restrictive alert level classification as done by the Inter-Agency Task Force for the Management of Emerging Infectious Diseases (IATF-EID).

According to the Philippine News Agency, amendments to the guidelines for the Alert Level System have been approved by the IATF-EID for its nationwide implementation since January 28 such as the need for well-fitted face masks at all times (indoors or outdoors). Unlike with Alert Level 2’s need to subject restrictions for local governments, intrazonal and interzonal travel will be permitted regardless of age or health. Also under Alert Level 1, all establishments and activities are also allowed to function and be done at full on-site capacity, given health standards are followed. There are no restrictions in particular for indoor or outdoor capacities.

In an article by Rappler, according to Mayor Sara Duterte, the easing of restrictions would allow for the opening of the economy. After all, the pandemic has taken a toll not only on the well-being of the citizens but also their livelihoods. So, in addition to Alert Level guidelines, Davao City will no longer be requiring the one-meter physical distancing rule along with most of the public safety rules starting the 7th of March. However, the wearing of face masks and the provision of alcohol in establishments or offices will both still be required. Mayor Sara also said that unvaccinated individuals may have to accept being excluded in certain gatherings or establishments because they opted for it.

Ever since the city has been placed in Alert Level 1, single-day cases have decreased drastically and 3%-5% was the positivity range. Plus, there are more than 1.28 million people in the city’s targeted population that are fully vaccinated. With this information, the Mayor is even more confident that the city will be able to rebound. Inbound travelers are no longer required to present COVID-19-related documents or certification, QR code is no longer implemented for contact tracing, and lockdowns will no longer be implemented. However, those who test positive for COVID-19 are allowed to isolate themselves in their own homes. Businesses, offices and establishments are given discretion by the mayor to formulate their own COVID-19 protocols if they deem it necessary.

Other activities will also be subject to the approval of the Office of the President such as the long-awaited, in-person classes for basic education. Starting this month as well, social events like birthdays, weddings, reunions, etc. no need to apply for CTOO event notice. Even Graduation rites will be able to be held again. Alert Level 1 could even be considered as the “new normal” according to the Department of Health (DOH) in a previous presser.