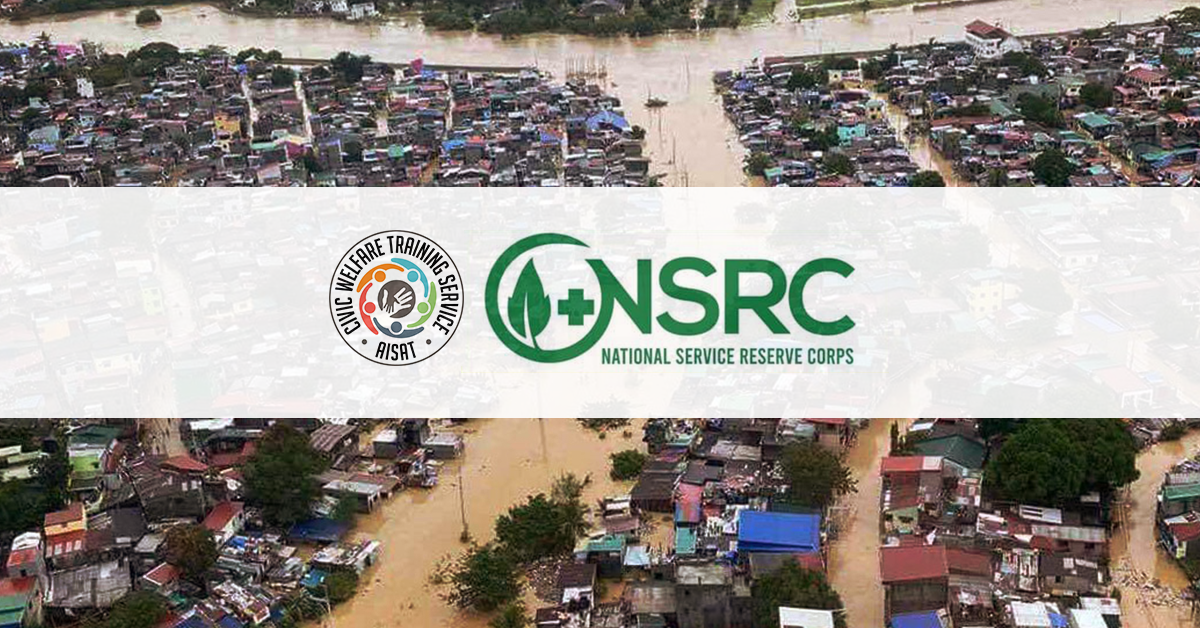 The Philippines has faced surging challenges and calamities amidst COVID 19 pandemic. AISAT community may have not completely recovered and adjusted from the pandemic but it was not a hindrance to help others. AISAT outpoured their generosity and sincere empathy as they held three donation drives during the year 2020.

On the first month of lockdown, March 23, 2020, AISAT’s NSTP had their first move in giving for the Leon Garcia residents who were displaced due to the community lockdown. The goods (rice and canned goods) were received by Barangay Captain Lita C. Empis.

The student supreme council (SSC) had their first initiative as well with “Bond paper mo, para sa Modyul ko”, a campaign for schools who needed resources for modules. Sophia Bautista, a third-year college in AISAT, initiated the drive at Lake Sebu, South Cotabato. She sought help from her friends, including Krizza Rivas, Vice President of External Affairs of SSC, who spread the word through social media platforms. In which, the Head of Student Affairs heard and stated that students can do a donation drive for the pupils of Ubo Elementary School as their first project. James Bautista (VP of Internal affairs) drafted the project proposal and letter. “To this day, I am beyond grateful for the opportunity that was granted to us.”, an insight by Krizza Rivas. “Our main goal throughout the project was to be of help for the teachers, parents of the students, and the students themselves. We wanted to somehow lighten the costs of producing modules for the teachers and parents. We also wanted to cheer the students to continue dreaming amidst the new normal mode of learning.”, she added.

The plight of the Typhoon Ulysses victims made the Student Supreme Council and National Service Reserved Corps (NSRC) suggest to have a donation drive. Call for donations were announced through Facebook and other platforms to gather for the people who were greatly affected by Typhoon Ulysses in Luzon. Aside from the funds given by the AISAT NSTP office, there were people who also extended help for this cause namely: Mrs. Cora Masbad, Mrs. Mary Grace Silagan, Ms. Viktoria Villamor, and Mrs. Gerlieta Ruiz. The funds that were collected were used to buy the following: medicines, blankets, purified drinking water, canned goods, face masks, sanitizers, sanitary napkins, and diapers. The said goods were given to the Project Bayanihan Davao City Chapter, an organization that gathers and transports help to those affected and through the help of Philippine Air Force Region XI. “Through these donation drives, I can say that extending help to the community is still possible and that every one of us can be an instrument to give to those who are in need.”, said by Mr. Jose Lorenzo Iñosa, Head of the AISAT NSTP.