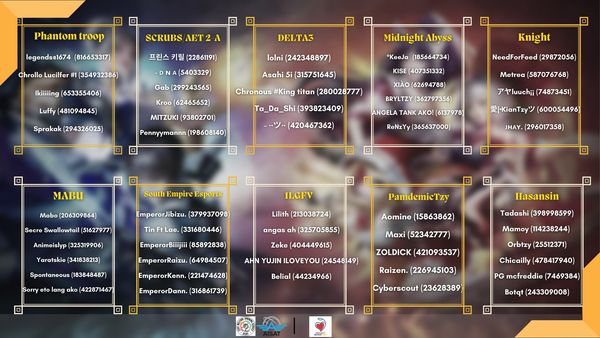 In today’s generation, the mobile gaming era is at its peak. The rise of mobile gaming was rapid and it easily captured the attention of gamers and it is primarily because of its convenience and compatibility. Due to the pandemic that we are currently experiencing, the things we used to do such as going to computer shops are now prohibited. So, as an alternative, PC gamers shifted to mobile gaming hence making mobile games grow even bigger. In southeast Asia, especially in the Philippines, Mobile Legends is one the most popular titles that mobile gamers enjoy playing. Mobile Legends is a very popular game here in the Philippines. Teenagers, kids, and even adults play this game. Mobile Legends is a type of MOBA game which is developed by Moonton and it is inspired by the popular PC game League of Legends which is also a type of MOBA game developed by Riot games. Mobile Legends was officially launched in 2016 and from then on out, it was already a hit and the potential of the game is very high. People got hooked by the game for the reason that it was the first MOBA game for mobile that is similar to League of Legends. Mobile Legend tournaments are very famous because the tournament was composed of the best players and it motivates players to improve in the game with the hope of competing in a tournament one day. So, our group decided to conduct a tournament to bring joy to players as well as help the charity of our choice. The tournament started by planning the number of teams needed, the time frame, the bracketing, the amount of the prizes, and etc. The planning was done as a group and thankfully, all the group members are very participative and supportive. After we planned it all out, we started recruiting teams to join the tournament. The recruiting process was a little bit challenging due to multiple factors. One of the factors that made it difficult is there are teams that back out from the tournament which can ruin the bracketing. The original plan is that the tournament should be composed of 16 teams but due to some difficulties in recruiting teams, the group decided to cut it down to 8 teams. After the teams secured their spots for the tournament, the leaders gave the group the guidelines as well as the rules and regulations. Fast forward to one week before the tournament, the group had one last meeting to discuss the roles and the things to do for the upcoming tournament and as usual, the members were participative and supportive. Moreover, the leaders gave one last orientation and reminded the groups about the guidelines for the upcoming tournament. On the first day of the tournament, the tournament started in the afternoon and it was just a knockout stage to determine who will proceed to the next round. All the members did a great job in doing their roles in facilitating and promoting the tournament as well as supporting the teams competing. The first day wrapped up with 4 teams advancing to the next round. The 4 teams who advanced were Team CDO, NEWBIE, ADDUSUMPTION, and NXS PISCES. On the second day of the tournament, it started in the evening and two games were played. The two winning teams which were TEAM CDO and ADDUSUMPTION will now proceed to the finals while the team that lost which were NEWBIE and NXS PISCES will be fighting for third place. The group members were very supportive and participative and they did great in fulfilling their roles. On the third and final day, it also started in the evening and two games were played. The first game was the fighting for the third game which was played by the NXS PISCES and NEWBIE. The NXS PISCES won the game which makes them the 2nd runner-up of the tournament. After, the championship game between TEAM CDO and ADDUSUMPTION began. TEAM CDO won the game making them the champions and ADDUSUMPTION the first runner up. As usual, the members performed their roles and supported the tournament. Overall, the teamwork and the unity of the group made it possible for a tournament like this to be successful. Without the hard work and cooperation of the members, it is nearly impossible to conduct a successful tournament. Also, the teams who participated in the tournament displayed great sportsmanship. Lastly, despite the difficulties and challenges, it was a fun learning experience for everyone in the group.