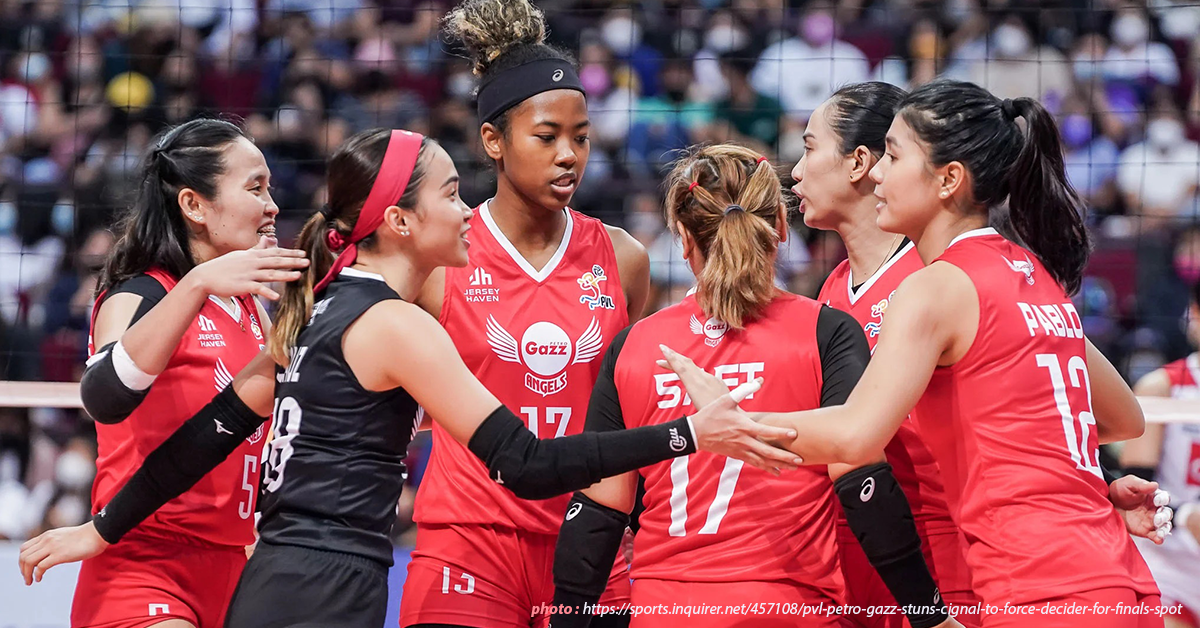 The Creamline Cool Smashers bagged the championship title as they defeated the Petro Gazz Angels in the Premier Volleyball League Open Conference 2022. Organized by the Sports Vision Management Group Inc., the Premier Volleyball League (PVL) began in 2004. The founders are Ricky Palou, Emilio “Jun” Bernardino, Moying Martelino, and Rhea Navarro, who were PBA commissioners in their respective times. Formerly known as the Shakey’s V-League, back then it was limited only to collegiate teams but later changed its name to the Premier Volleyball League and opened its doors to non-collegiate groups and corporate clubs in 2011. A few years later, the PVL announced that its July 2021 conference would be its first-ever season as a professional league.

Creamline Cool Smashers and Petro Gazz Angels faced each other in a best-of-three finals series as they battled for the championship title in the conference. With a score of 25-18,15-25,25-23 and 25-16 in Game 2 held at Ynares Center in Antipolo last April 8, the Creamline Cool Smashers successfully defeated their rival and made history as they swept the conference with 0 losses. The team captain, Alyssa Valdez, delivered a total of 20 points taking part in the team’s triumph. The excellent performances of Jessica Margarett “Jema” Galanza and Diana Mae “Tots” Carlos shined through and led to a 17 and 16 points contribution, respectively. The team setter, Julia Melissa “Jia” De Guzman, also marked 35 excellent sets, which paved the way for the attackers to clinch every point for the team. The crowd went wild during the championship point as Celine Domingo, with her composure, ended the match 25-16 through a power tip attack against the Petro Gazz Angels. Head coach, Mr. Sherwin Meneses with his players Valdez, Negrito, Sato, Cainglet-Cayetano, Panaga, De Jesus, Soriano, Atienza, De Guzman, Domingo, Mandapat, Glanza, Vargas, Carlos and the rest of the coaching staff showcased their victorious smiles greeting one another on their win. Crowned as the champions, the Creamline Cool Smashers continued their celebration throughout the awarding ceremony as each of them took hold of their gold medals. Later on, the Petro Gazz Angels were awarded Silver medals and Cignal HD Spikers with Bronze medals as they ranked 2nd and 3rd in the final standings of the teams. Individual awardees from different teams were also recognized, including Frances Molina and Gretchel Soltones as 1st and 2nd best outside spiker, Roselyn Doria and Marivic Meneses as 1st and 2nd best middle blocker, Maria Angelica Cayuna as the best setter and Dawn Macandili as best libero. Creamline Cool Smashers’ star players, Valdez and Carlos, were also proclaimed as Finals and conference’s most valuable players.

As the Creamline Cool Smashers put the Premier Volleyball League Open Conference 2022 to an end, volleyball fanatics and enthusiasts now look forward to seeing these volleyball faces again on May 12-23. The support for the sports will continue as the best of the best players will be formed as one for the national women’s team competing in the 31st Southeast Asian Games to be held in Hanoi, Vietnam.